In 2021 UK startups secured record levels of funding amid pandemic uncertainty. Flush with investor cash, many have attained unicorn status – privately held companies valued at $1bn or more. Other have gone on to become public companies, either via direct London listings or mergers with special purpose acquisition companies.

From digital banks to portable genetic sequencing tech, UKTN has listed 10 UK tech funding rounds that caught our attention in 2021.

London-headquartered Revolut is a digital bank and payments app for individuals and businesses. It provides services such as deposit accounts, cash withdrawals, debit cards for online/offline purchases and a cryptocurrency exchange. Its app has features that have become familiar among challenger banks, such as letting users send and request money, split bills with friends and family, and more.

In July, Revolut became the most valuable British fintech by raising nearly £600m in a Series E round led by SoftBank’s Vision Fund and Tiger Global Management. Revolut announced that the investment will let it strengthen its growth plans and support its expansion to the US and other international markets.

Deliveroo is an online marketplace for food ordering and delivery. The London-based company lets users discover multiple restaurants by simply entering the postcode on the platform. The food is delivered by its own delivery team and it allows customers to track their food orders in real-time.

In January, Deliveroo raised $180m (£132m) in a Series H funding round led by existing shareholders Durable Capital Partners LP and Fidelity Management & Research Company LLC. The round valued the company at over $7b. It used the investment to invest further in its business, including expanding its on-demand grocery service, Plus subscription service, and “Editions” delivery-only concept.

London-based Octopus Energy builds technology that aims to reduce the cost of energy, improve customer experience and paves the way to a cheaper, greener, smarter grid.

In September, the unicorn closed $600m (£453m) funding from Generation Investment Management to drive sustainability and fight against climate change in the UK.

In August this year, Cazoo completed its business combination with Ajax I, a publicly traded special purpose acquisition company (SPAC). As a result, Cazoo Group began trading on the New York Stock Exchange (NYSE). It will receive proceeds of over $1bn before expenses from the transaction build out its brand and infrastructure.

Snyk was founded in London and Tel Aviv, but is now based in Boston, US. The cloud-based application vulnerability detection and assessment platform has features that include fixing vulnerabilities through guided patches and upgrades, monitoring, and notification of newly disclosed vulnerabilities. It claims to be the world’s first developer security platform that helps developers build secure applications and security teams to meet the demands of the digital world.

Back in September 2021, Snyk secured$530m (£380m) in a Series F funding round. The investment round was co-led by Sands Capital and Tiger Global along with participation from new investors and existing investors. The fresh funds will be used to fuel its product innovation and development.

Farnham-based Cinch is one of the UK’s largest B2C marketplaces for used cars. Since its launch, Cinch has shifted over 45,000 cars and witnessed 45% month-on-month growth. It has also signed a number of high-profile deals to increase consumer brand awareness.

Headquartered in Oxford, Oxford Nanopore Technologies aims to disrupt the paradigm of biological analysis. It developed a range of portable DNA and RNA sequencing devices that can characterise epigenetic modifications.

In May, the company raised £195m in a private transaction, giving it a then-valuation of £2.48bn. Of this, £125m came from new investors Temasek, Wellington Management, M&G Investments, and Nikon while the rest came from existing investors. This round came before the company’s listing on the London stock market in September. It currently has a public market capitalisation of £5.74bn.

London-based Monzo is a digital-only bank platform. Initially founded as Mondo, Monzo focuses on current accounts and works with a wide range of service providers.

Monzo recently secured $500m in a funding round, which increased its valuation to $4.5bn. The investment round was led by The Abu Dhabi Growth Fund along with Alpha Wave Ventures and Coatue among others. This funding came after the challenger bank faced a tough time during the pandemic.

In January this year, Checkout.com bagged $450m (£337m) in a Series C funding round, which has increased its valuation to $15b (£11.2b). The round was led by Tiger Global Management, LLC, a New York-based technology investor alongside a slew of other investors.

Hopin is a London-based live online events platform and Zoom rival, now also known as a “Covid unicorn” having achieved the status in 2019. Hopin enables brands and communities to create all-in-one live video experiences for their audiences.

Canadian real estate year in review and predictions for 2022

Tue Jan 4 , 2022
Home prices shot up even higher at the end of 2021. (Getty Images) It’s been a year of running out of adjectives to describe Canadian real estate during the COVID-19 pandemic. Low interest rates and insatiable demand helped break the annual national sales record by October and prices are up […] 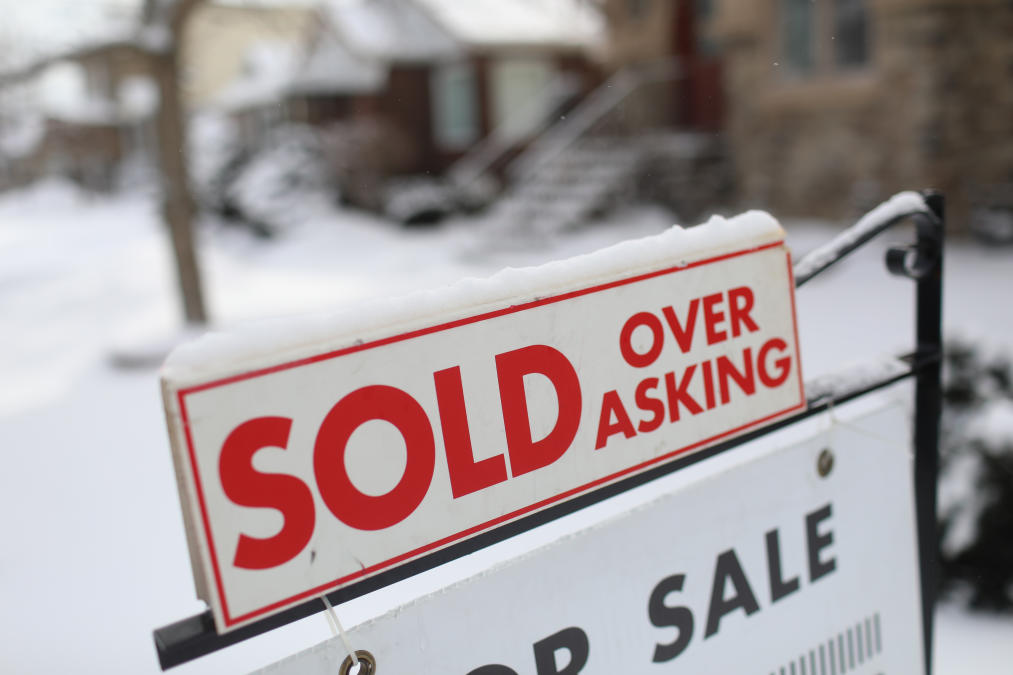