It took her 155 days, but 19-year-old Zara Rutherford accomplished her goal: to become the youngest woman to fly solo around the world. Last week, her plane touched down in Kortrijk, Belgium, completing a globe-trotting trip that spanned five continents and 28,000 nautical miles, report Taylor Haney and Scott Neuman for NPR.

“I made it,” the British-Belgium native told reporters upon her arrival at Kortrijk-Wevelgem Airport, per Tamara Hardingham-Gill of CNN Travel. Her journey was expected to take three months but lasted two months longer due to poor weather and visa problems.

Rutherford departed Belgium on August 18 in a Shark UL plane, a two-seat ultralight plane equipped with extra fuel tanks, two radios and a parachute. Along the way, she landed in 41 countries, staying in some for weeks at a time while waiting for flying conditions to improve or for entry approval at her next destination.

“The hardest part was flying over Siberia—it was extremely cold and if the engine was to stall I’d be hours away from rescue. I’m not sure I would have survived,” she says at a press conference, according to BBC News.

The young pilot undertook her global flight as part of an effort to encourage girls and women to consider aviation as a career. She also supported two charities during her flight: Girls Who Code, which helps young women with computer science, and Dreams Soar, a nonprofit assisting women and girls in STEM (science, technology, electronics and mathematics) fields established by pilot and previous record-holder Shaesta Waiz, per CNN Travel

Because her plane was not certified to fly using instruments, Rutherford had to maintain visibility by avoiding clouds, sometimes flying as low as 1,500 feet. This put her at risk of encountering thunderstorms.

“In Singapore, I got quite close to a lightning strike,” she tells NPR.

Rutherford spent a month on the ground in Alaska and 41 days in Russia while waiting out delays. She had to detour around North Korean airspace and was forced to make an unscheduled landing in California because of wildfire smoke.

“At one point, I just couldn’t see anymore,” she says in the NPR article. “It got really turbulent.”

Rutherford also had to stop in Greenland after losing radio contact for several hours. According to Mike Ives of the New York Times, she sent her parents a two-word text message once she was safely on the ground: “I’m alive.”

Originally, Rutherford had intended to complete her global adventure before the end of 2021. However, repeated delays caused her to alter her plans, per CNN Travel.

“I was hoping to complete it by Christmas but I guess that’s not happening anymore,” she told reporters at in South Korea after arriving there on December 13. “But it’s an adventure.”

Rutherford was unable to tour any localities she stopped in because of Covid-19 restrictions, but she says she was struck by the beauty of the places she flew over and the kindness of strangers who assisted her when she was landbound, including a young family with a newborn that hosted her in Alaska.

“When I left, his daughter was five weeks old, so I was there for over half her life,” she says, per the New York Times.

In addition to becoming the youngest woman to circumnavigate the globe, Rutherford is the first woman to do so in a microlight aircraft, per BBC News. The previous record for youngest woman was set by Waiz in 2017, who was 30 at the time.

Waiz greeted Rutherford in Florida during one of her stops and offered words of encouragement. When learning the younger woman had accomplished her goal, the previous record-holder told the Times, “It just goes to show that it doesn’t matter what your gender or your age is; it’s all about determination.”

The youngest person to fly solo around the globe is Travis Ludlow of Great Britain, who was 18 when he did so in 2021.

Rutherford comes from a family of aviation aficionados. Her British father flies commercially while her Belgian mother is a recreational pilot. Both were on hand to greet her when she landed back in Belgium, where she was greeted by cheers. Rutherford tells CNN Travel she has been learning to fly since she was 14, and received her first license in 2020. She hopes her journey will inspire more young girls and women to get into aviation.

“It’s an easy thing to say, but just go for it,” she says. “If you don’t try and see how high you can fly, then you’ll never know.”

As ‘Startup of the Year’ hits Tampa, here’s how the local tech scene bloomed

Wed Jan 26 , 2022
When Linda Olson started a meetup group for tech entrepreneurs in Tampa Bay back in the mid 2000s, it barely qualified as a local industry. “It took me months just to find 10 other tech startup founders in the region,” said Olson, a St. Petersburg native who’d worked at dot-coms […] 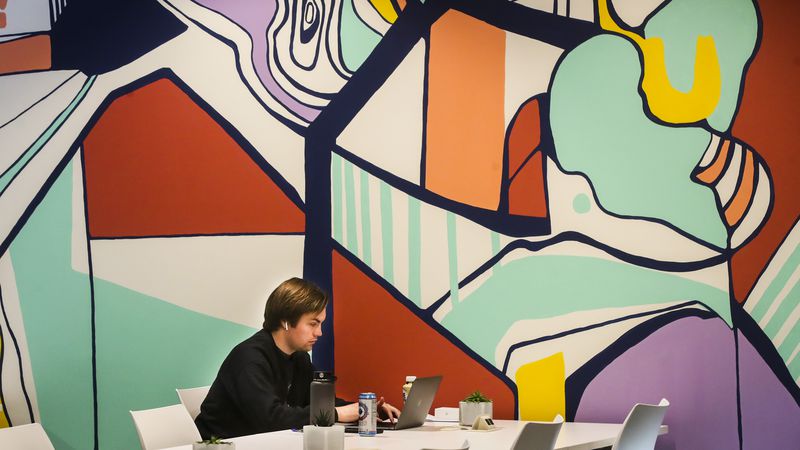