With the way that people buy and sell homes changing quickly, the real estate market is in the midst of disruption. Some consumers prefer to purchase a home through an online transaction with a virtual agent — also known as the iBuying experience and others want an in-person agent to work beside them. As we’ve seen with the housing market this year, one thing will remain the same, people will purchase properties. An industry like real estate could always make for a strong long-term investment.

eXp World Holdings (NASDAQ:EXPI) and Zillow Group (NASDAQ:Z) (NASDAQ:ZG) have unique offerings that take advantage of the changing market demand for a digital experience. While strategies differ, both companies have long growth runways ahead if they are successful. Investors should consider buying these two real estate disruptors and holding them for the next five years. 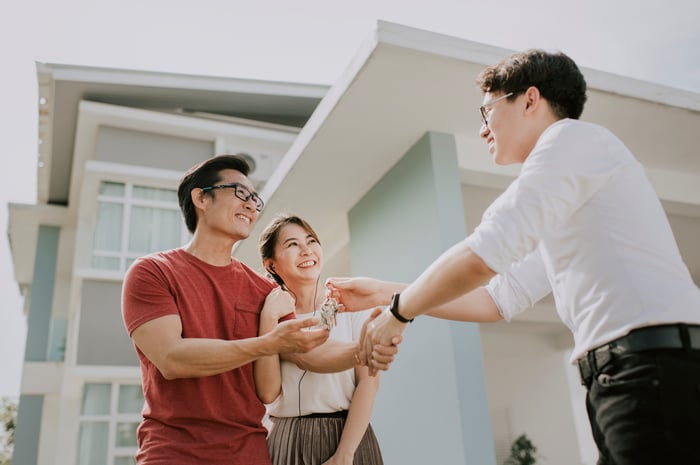 Over the past year, people have searched online for the term “Zillow” more times than “Real Estate”, showing how dominant Zillow’s brand has become. While spending just 17.5% of its total second-quarter 2021 revenue on sales and marketing, this Software-as-a-Service company has built a strong brand known for creating a convenient platform for consumers to buy and sell homes. One way the company has done this is through iBuying, where customers can get instant offers on their homes.

The “Zestimate” — Zillow’s tool that appraises people’s houses — is now considered an official Zillow offer to buy a customer’s home, which has seemed to attract customers, generating $777 million in revenue by Zillow Offers. There were 3,805 homes purchased with 2,086 homes sold in the second quarter of 2021 — doubling purchases year over year, leaving an inventory of 3,142 homes. The company is attempting to gain market share of the iBuying space by funneling $450 million toward Zillow Offers, which is expected to continue growing with more online home purchases. iBuying represented just 1% of all home purchases in the second quarter, with some urban areas reaching a 5% share.

The rise of competition in the online real estate market has been growing. Redfin (NASDAQ:RDFN) has become a fierce competitor, but it has much less website traffic and brand recognition than Zillow does — giving Zillow a strong competitive advantage. This moat is strengthened by its financial performance. Redfin considers itself a discount broker which could appeal to some in the market but its financial performance pales in comparison to Zillow. In the first half of 2021, the companies reported overall revenues of $740 million and $2.5 billion for Redfin and Zillow, respectively. The revenues generated led to Redfin reporting a net loss of $64 million and Zillow pulling in net income of $62 million for that period.

Knowing both are vying for the iBuying space, the capacity to invests more into the business would make or break who could take the market. Zillow appears as the obvious choice.

Shares of Zillow have been flat year-over-year, but its opportunity has not changed. Zillow’s superior website traffic — having over 2.8 billion website visits in the second quarter and its well-known brand and expansion into iBuying potentially gives it a significant growth opportunity over the next five years. Today, Zillow is valued at 6 times trailing twelve-month sales, now could be a good time to buy.

Some homeowners remain unwilling to sell their homes without going through the traditional process, and eXp World Holdings is here for those customers. Being rooted in the online world, eXp has built an online brokerage that has some of the best real estate agents in the market. Having Virbela — a fully online workplace that eXp acquired in 2018 for $11 million, allows real estate agents around the world to help homeowners buy and sell their homes.

eXp has been able to attract some of the best agents in the world through unique offerings that have been unmatched by its competitors. The company gives agents a generous 80/20 split of gross commission income (GCI) with a cap, while most brokerages like Keller Williams typically take 30% of an agent’s total GCI. After the agent reaches $80,000 in GCI, they get 100% of whatever they make through eXp, whereas many traditional brokerages do not have a cap for their GCI split.

Because of its incentives, eXp has brought the best agents onto the platform. In Q2 2021, eXp grew its agent count by 87%, surpassing 58,000 agents. Bringing leading agents to eXp has paid off: eXp reached $1 billion in revenue in the second quarter, which grew 183% over last year. The company also reported a net income of $37 million in Q2, growing 350% year over year.

Fueled by its virtual platform, eXp could expand in the international market with ease. eXp operates in 15 countries plus Hong Kong. In India and Mexico, it’s drastically ramping up its agent count. The international real estate market has grown 60% since 2010, and as eXp integrates itself into emerging markets, the company could take advantage of the future market growth.

Shares in eXp have more than doubled over the past year, yet the company still trades at 2.1 times trailing twelve-month sales, which is stunningly cheap. With the international opportunity in front of eXp, the stock is trading at relatively low levels.

A possible reason for the low valuation is eXp’s gross margin, it was just 8% in the second quarter of 2021. This might not excite investors, but it is the price that eXp is willing to pay to see such strong top and bottom-line growth. eXp’s rapid growth and international acceleration could allow the company to become the best place for homeowners who want the traditional experience of selling and buying a home.

This article represents the opinion of the writer, who may disagree with the “official” recommendation position of a Motley Fool premium advisory service. We’re motley! Questioning an investing thesis — even one of our own — helps us all think critically about investing and make decisions that help us become smarter, happier, and richer.

Mon Sep 27 , 2021
After how upside down the world (and golf world) has been over the last year and a half, it’s fitting that the 2020 Ryder Cup will be played in … September 2021. It took an extra year of waiting (not to mention plenty of angst over who would actually make […] 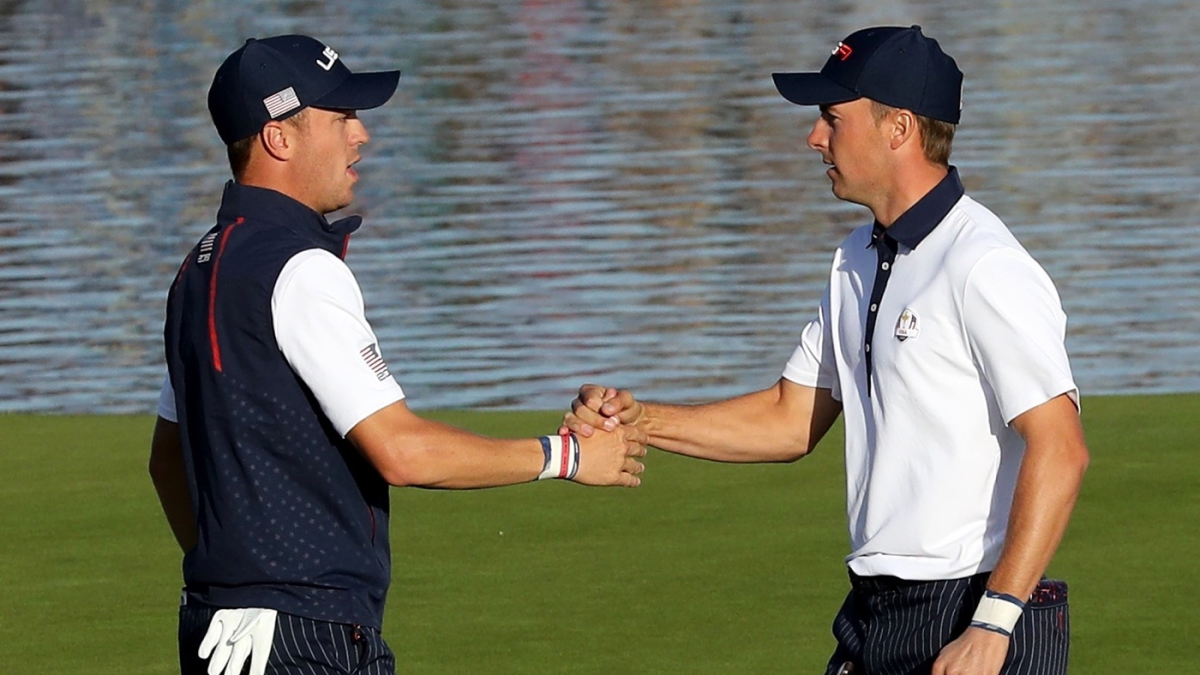