Welcome back to “20 Or So Questions,” the only quiz show that rewards ignorance by inviting the clueless back to compete next week. Ready? Here we go:

Friday, during Yanks-Mets, did YES’s David Cone think we’re so dense we’d swallow his alibis for Gary Sanchez’s missed tag at home? Sanchez stood with the ball as Jonathan Villar, the deadest of ducks, slid under and in.

Cone defended Sanchez as the victim of cunning, as he was “tricked” and “fooled,” when it was more evidence of Sanchez’s career inability or unwillingness — with the Yanks’ annual indulgence — to become even a minimally proficient catcher.

Reader D. Farley asks if Cone would have “been that forgiving had he been pitching?” Reader Larry Vann nominated Sanchez for the Dr. Fauci Medal for social distancing.

2) Was ESPN’s Sunday Night/Monday Morning play-by-player Matt Vasgersian unaware that some who knew better might still be watching Yanks-Mets when he referred to Met reliever Edwin Diaz’s failures as “rare.”

Diaz has been Forrest Gump’s box of chocolates since becoming a gotta-get Met three years ago, as much a liability as a reliability.

3) Did Fox consider how ridiculous it looked and sounded when at halftime of Saturday’s Oregon-Ohio St. it squeezed, on-site and at great expense, five pay-rolled panelists behind a desk for an incoherent, look-what-we-can-do session?

4) Regardless of who next manages his team, will Steve Cohen demand — demand, not suggest — that the Mets stop acting and looking like a bunch of clowns, starting with Francisco Lindor?

5) When did “first down,” a concise, practical term, become replaced by the vague, long-form slang, “move the chains?”

Saturday, on a second-and-18 for Ohio St., Fox’s lead college analyst Joel Klatt reported, “Ohio St. finds itself way behind the chains.” The next day, CBS’s Jets-Panthers then Fox’s Broncos-Giants were loaded with “first down” swapped for “moved the chains.”

6) How much do you charge guests? While the Yanks’ TV and radio voices continue to read ticket promos that refer to customers as “guests,” if they were guests why have the best seats in Yankee Stadium been empty since 2010?

7) How delusional is Mike Francesa? Even in retirement he considers himself a gifted, self-ordained tout, apparently unaware that he spent his career making — but not acknowledging — the most colossally rotten prognostications, including weather, investment tips and national elections, since Neville Chamberlain returned from Munich.

Friday, on Chris Russo’s SiriusXM show, Francesa’s strongest Over-Under tout was that the Texans, bereft of talent and playing only to finish last for the first pick of next year’s draft — as if players and coaches would eagerly devalue themselves — will be lucky to win two games.

Monday night’s fourth quarter of ESPN’s Ravens-Raiders began with a punt, followed by a promo for NFL-partnered DraftKings in which that “Make. It. Rain.” hostess claimed you could still make a killing on this game — if you bet the fourth quarter before it begins.

9) Hear the one about the two ESPN stats guys who walked into a bar code? In the top of the first of Sunday’s Yanks-Mets, Vasgersian reported that Anthony Rizzo “has a 70 percent swing rate on two-strike counts.”

What did that mean? He didn’t say, likely because he didn’t know, either.

10) Anyone home? No one at Fox, over three hours, noticed or fixed the “NY” logo in the score box of Broncos-Giants that badly exceeded its boundary. Thus, as perfectly described by reader Phil Glowatz, Denver was playing the International Longshoreman’s Union.

11) When is one Moose Johnston not enough? Last season Fox must’ve been so impressed by Mark Schlereth’s relentless speechmaking after the self-evident it brought him back to provide more. From the start of Broncos-Giants he droned on, like a lawn mower next door.

12) Et, tu, Phil Simms? While we know by now that Boomer Esiason has few convictions to apply to his courage — on the day his WFAN partner, Craig Carton, was busted for fraud to support his gambling addiction, Weekday Boomer still gave his NFL gambling touts — Simms always seemed to demonstrate a sense of right from wrong.

But there they were, together, at the end of CBS’s Sunday NFL pregame show to give their Over-Under picks as per an NFL-partnered DraftKings come-on.

13) Would MLB players who wear thick, heavy, conspicuous consumption gold necklaces be inclined to play with rocks stuffed in their pockets?

14) How many of you watching are stupid? Thursday, Giancarlo Stanton strolled toward first on what should have easily been an off-the-wall stand-up double. He was thrown out sliding into second.

Stanton’s a poor learner. In 2016, with the Marlins in the race, he was lost for over a month, injured on a too-late slide into second after jogging to first.

But Thursday on YES, even speak-no-evil Paul O’Neill saw and said that Stanton chose “to jog” rather than run.

Yet Michael Kay, with the aid of replays, excused Stanton, even at a desperate-to-win time, with nonsense: “It wasn’t like he was coasting; that’s just how he runs.”

He’d have made second coasting! He meandered toward first, costing the Yanks a double and an out in a 6-4 loss to the surging Blue Jays. Stanton didn’t play the next night, against the Mets. Was he benched for his latest can’t-be-bothered play, or for just running, as Kay explained, “how he runs”?

15) Do team, network and league-invested betting sites want you to bet so you can win money — as they advertise — or lose money, which is never mentioned? Let’s ask Goodell and Rob Manfred.

16) Can you hear me now? Rutgers football’s WOR radio play-by-play man Chris Carlin continues to hysterically scream over plays before allowing listeners to know what he’s screaming about. Yelling at the radio doesn’t help. I’ve tried that.

17) Why are we now regularly told that the elevated speed of pitches is responsible for record-breaking strikeout totals when so many of the strikeouts, as we regularly see, are on indiscriminate swings at breaking balls thrown low and well outside or inside?

18) But will he take a knee? Last we heard of Saints’ CB Marshon Lattimore was March, when the college man — Ohio St. under future Fox Sports recruit Urban Meyer — was arrested for receiving stolen property and carrying a loaded gun, believed to be stolen, in his waistband, as recorded by a Cleveland Police gang unit body camera. The case remains unresolved.

Over the weekend, Lattimore signed a record-breaking contract for CBs, five years, $68.3 million guaranteed, plus extras that could make the deal worth $100 million.

19) Saturday, why did ESPN graphics identify Iowa St. as the team in its school colors, red and gold, when it was the team in Nike sweatshop black?

20) Will it ever end? Twins’ manager Rocco Baldelli was great to the Yanks, Monday, blowing a 5-0 lead and the game by replacing two effective relievers, finally bringing in career blown-save specialist/closer Alex Colome to allow a three-run homer to Aaron Judge.

Colome, leading the AL with seven blown saves, is so indispensable he’s with his fourth team in four seasons. That’s baseball, Suzyn!

Given that there are no good answers, no one’s eliminated! So see you all next week, on “20 Or So Questions!”

Sat Sep 18 , 2021
Well, we are off to a strong start. The early weeks of the season can be very difficult to handicap and we are sticking with a pretty conservative approach for Week 2. Last week I loved the Eagles to win big outright and that game was essentially over at the […] 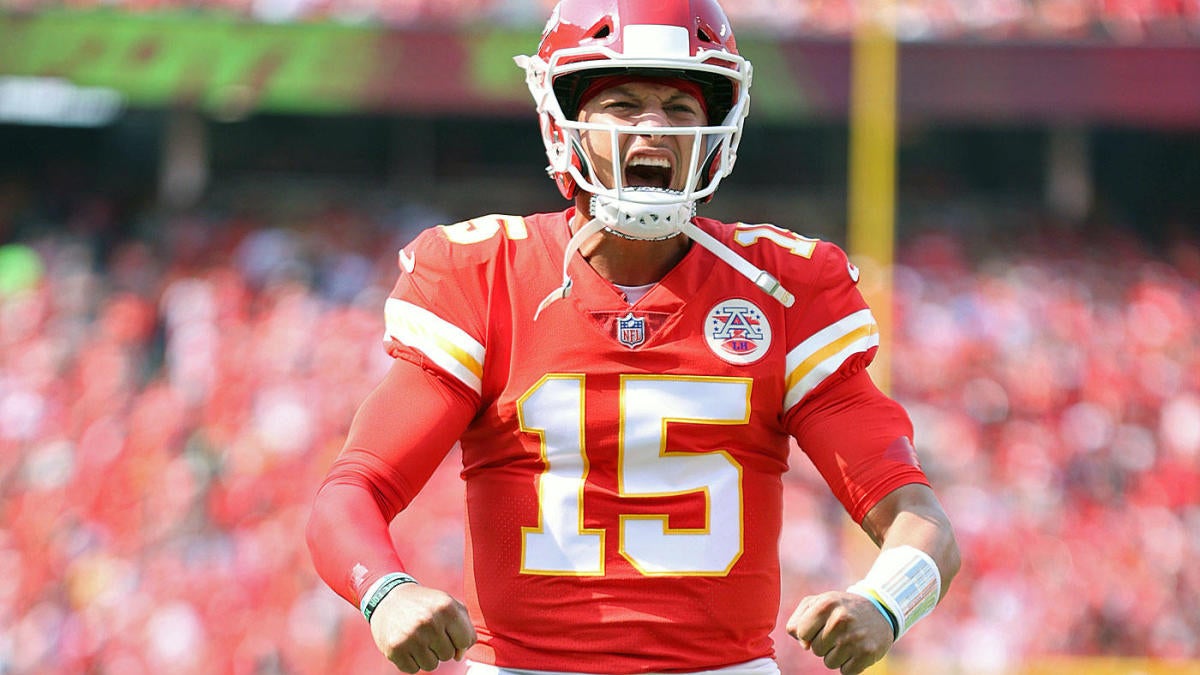