For as long as I can remember, I was always told that when going out with a man that he should pay.

I was the prize in a relationship and should be treated as such. I was to be courted. As I began to jump into my teenage years, I enjoyed going out with guys, even if they were just friends.

They always held open doors for me and always paid the bill no matter where we went, just like my father. Being treated like this had become my norm.

Then I got to college and my outlook on how relationships worked changed a little.

As I found myself in a relationship during my freshman year of college, I realized that I didn’t mind either splitting the bill or completely covering the bill sometimes.

I was only successful in completely covering the bill about two times. Even in those two moments, I noticed how uncomfortable my then-boyfriend felt when I took out my card and handed it to the waiter.

He wasn’t happy about it at all.

I remember him saying that he would rather us split the bill than have me pay for it on my own. I couldn’t understand why someone wouldn’t like to enjoy a free outing.

My parents then explained that for a guy, picking up the tab is the chivalrous and manly thing to do that when out with the woman you are courting.

I understand where they were coming from, but I still believe that there was nothing wrong with a woman deciding to treat a man from time to time.

It doesn’t mean that she is trying to emasculate him or that she won’t allow anyone to do anything nice for her. Picking up a tab can be so much more powerful than that.

Here is why smart women offer to pick up the tab on a date.

1. It shows that you aren’t just using him for his money.

I have witnessed women taking advantage of men who are genuinely interested in them plenty of times.

They know that a guy likes them and will do just about anything to spend time with them.

This normally includes taking a woman out in an attempt to woo her. Some women will go out time after time with a guy she knows she would never take seriously just because she knows she will not spend a dime.

Picking up the tab from time to time is an easy way to prove to a guy that you aren’t doing that to him.

You are equally invested in getting to know him and therefore wouldn’t mind spending a little cash here and there to keep the playing field even.

RELATED: Why The ‘Sunday Kind Of Love’ Is The Best Love

2. It proves you appreciate them.

Sometimes it just feels good to be able to treat someone who is always doing something nice for you.

Yes, men are known for courting women, but who said that you can’t spice things up.

Men may not always admit it, but it makes them feel good when they have a woman show that they are thankful for the time, money, and effort that go into keeping her romantically invested in them.

Hey You! Want more of YourTango’s best articles, seriously addictive horoscopes and top expert advice? Sign up to get our free daily newsletter!

We deserve to be treated like queens, but that doesn’t mean that we will always come across a guy who values us. So when you find a man who knows exactly how to treat you without having to tell him, paying for a meal is simply a small thank you.

3. It screams that you are confident.

Footing the bill shows a man that you can afford to treat yourself. It is a power move. Without being rude about it, you are letting him know that you don’t need him. There is something sexy about a woman who wants a man but doesn’t need him.

It instantly makes the guy you are dating realize that he needs to be at the top of his game because you are the prize in the relationship.

If he were to ever forget this, you would feel good knowing that he knows you are more than capable of taking care of yourself and therefore would have no problem walking away if he wasn’t acting right.

RELATED: 25 Finding Love Quotes That Will Make You Believe in Soulmates

4. You are considerate of his pockets.

While I definitely think that if a man wants to take you out, he should certainly make sure that he has planned to be able to pay to do so. This means whether he has to save up or borrow a few dollars from someone, that he will do whatever else he needs to do to make sure that he can afford it.

However, I also believe that it is OK to be conscious of his financial situation. I especially believe in this for younger couples who are perhaps still in school and aren’t always the most financially stable.

Even if it only happens once every blue moon, when you pick up the tab you are able to show him that you understand that going out all the time can be expensive for the person who is always paying. It is your way of saying let me help you out.

Sat Nov 13 , 2021
Patrons keep their social distance while waiting for donuts outside Donut Friend bakery in the Highland Park neighborhood of Los Angeles, Saturday. A vaccine mandate that is among the strictest in the country takes effect Monday in Los Angeles, requiring proof of shots for everyone entering a wide variety of […] 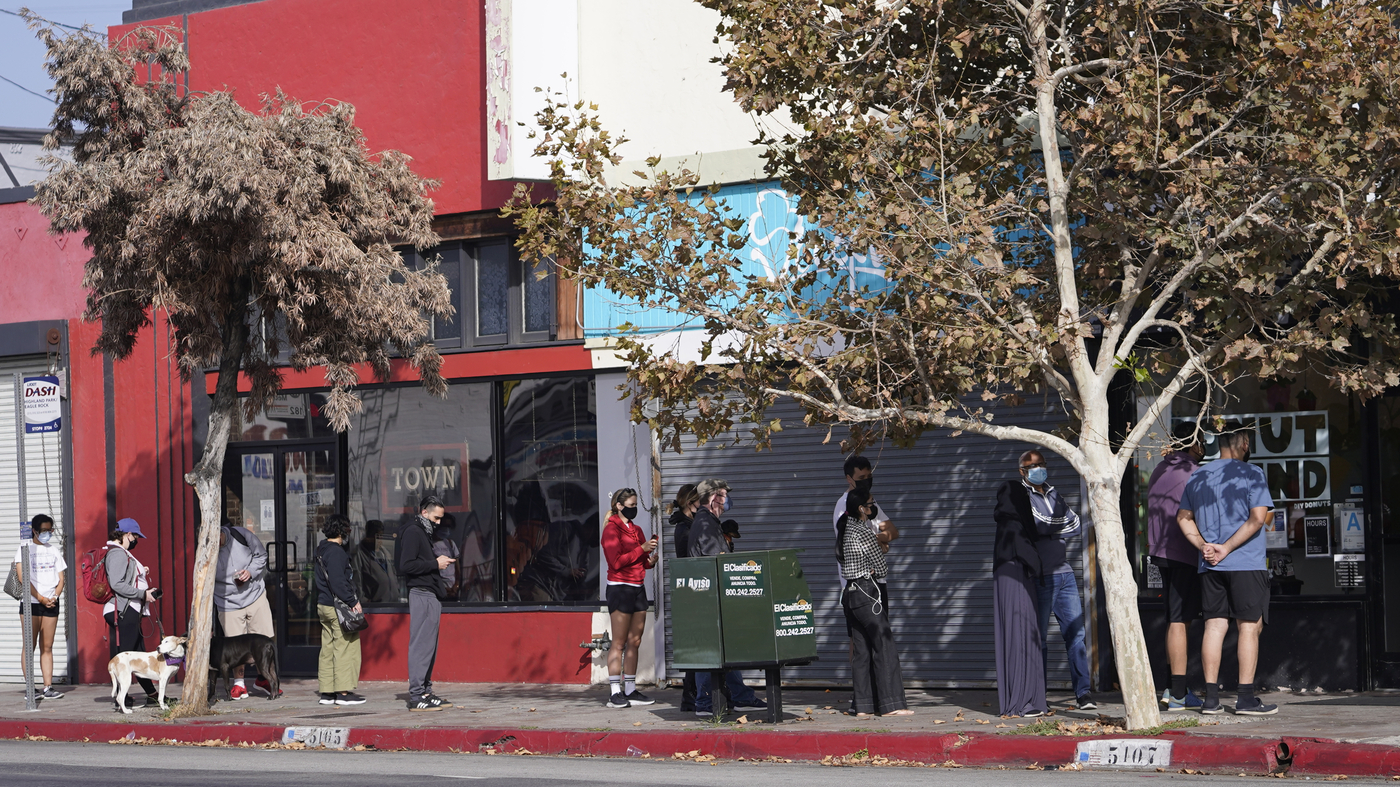