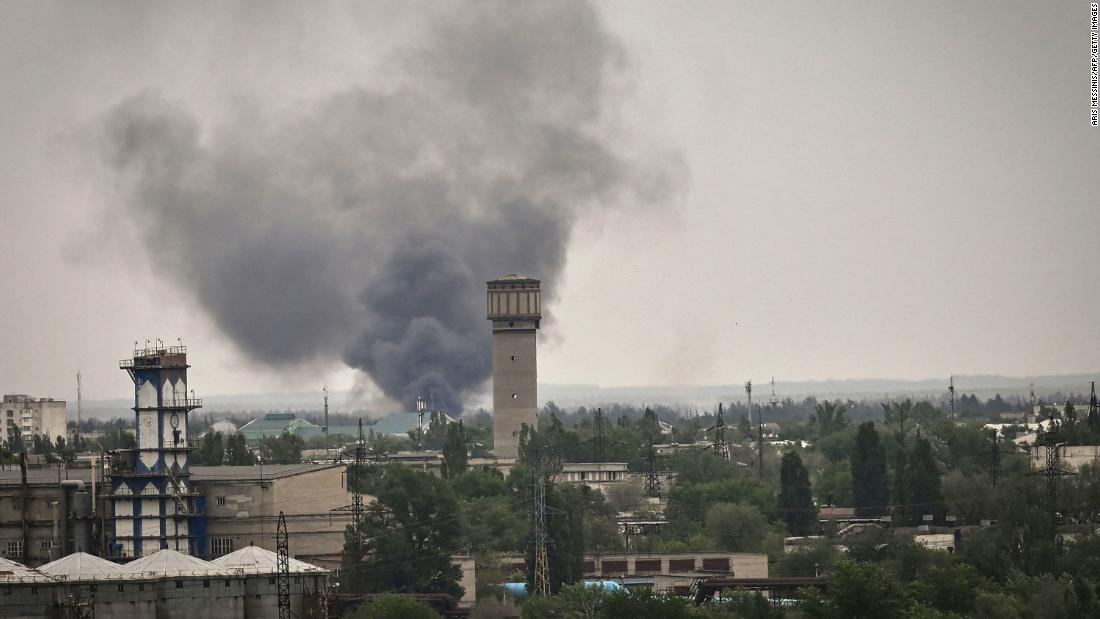 Here’s what else you need to know to Start Your Week Smart.

• The strategically important city of Severodonetsk in eastern Ukraine was attacked from multiple directions overnight, but the Russians were pushed back, Ukrainian President Volodymyr Zelensky’s office said earlier today.
• Australian voters have delivered a sharp rebuke to the center-right government, ending nine years of conservative rule, in favor of the center-left opposition that promised stronger action on climate change.
• A 32-year-old runner died yesterday after finishing a half marathon in Brooklyn where 15 others were injured, police and fire officials said. An official cause and manner of death should be released in the coming days, the New York City’s Office of Chief Medical Examiner said.
• Two people are dead after a powerful tornado ripped roofs off buildings and flipped cars in a northern Michigan town on Friday, prompting the governor to declare a state of emergency for the area. The twister also injured 44 people as it tore through the town of Gaylord, causing what officials describe as “catastrophic” damages.
• J.M. Smucker is recalling certain types of Jif peanut butter in the US because of a potential salmonella contamination. The company said that the peanut butter was sold nationwide and the recall includes more than 45 kinds of products. They have lot codes between 1274425 to 2140425, the company said in a statement.

President Joe Biden continues his first trip to Asia since taking office with a visit to Japan for meetings with Japanese Prime Minister Fumio Kishida.
Victoria Day will also be celebrated across Canada on Monday. The holiday began as a celebration to honor Queen Victoria, who ruled Great Britain and Ireland for most of the 19th century. The day unofficially signals the start of summer for many Canadians, and it is celebrated with parades and fireworks in some cities.

On May 24, primaries will be held in Alabama, Arkansas, Georgia and Texas. In Texas, a closely watched runoff will decide Republicans’ nominee for state attorney general after incumbent Ken Paxton fell short of clinching a majority in the March primary. Former President Donald Trump has also been closely monitoring the Alabama Senate race between Rep. Mo Brooks, Army veteran Mike Durant and Katie Britt, a former aide to retiring GOP Sen. Richard Shelby. In Georgia, former Vice President Mike Pence is rallying support for Gov. Brian Kemp as the Republican incumbent seeks to fend off a May 24 primary challenge from Trump-backed former Sen. David Perdue. The decision by Pence to campaign for one of Trump’s top GOP targets marks yet another break with his former boss. A special primary election is also set to occur to succeed former Minnesota Rep. Jim Hagedorn, who died in February after battling kidney cancer. He was 59.

Wednesday is National Wine Day! Whether it’s red, white, rose or sparkling, find time to relax and curl up with your favorite glass. Cheers!

President Joe Biden is scheduled to deliver the commencement address at the University of Delaware, his alma mater. Some 4,000 graduates are expected to attend the ceremony on May 28, with approximately 16,000 family and friends, the university said in a statement. The commencement also will also be livestreamed.

This week on the Sunday edition of the 5 Things podcast, a conversation with CNN’s Jake Tapper about his exclusive interview with former Marine Trevor Reed, who is back home after being held in Russia for nearly three years. Listen here!

Photos of the week

Check out more moving, fascinating and thought-provoking images from the week that was, curated by CNN Photos.

Squeezed by competition from streaming services, the major broadcast networks unveiled their revised fall lineups last week largely built around the notion that sticking with the schedule you know is safer than trying a whole bunch of unproven series. CNN’s Brian Lowry says the networks will be adding relatively few new programs in the fall, and in many instances will make what’s old new again — relying on spinoffs and reboots with built-in name identification.

Former reality TV star Josh Duggar, who was found guilty late last year of receipt of child pornography and possession of child pornography, is scheduled to be sentenced on Wednesday and faces up to 20 years in prison. Duggar is the oldest son of Michelle and Jim Bob Duggar, whose large family and devout conservative Christian upbringing were the subject of the TLC show “19 Kids and Counting.”

The original Jedi Master is back in the latest offering from Disney+. “Obi-Wan Kenobi” — a limited series in which Ewan McGregor reprises his role from the second “Star Wars” trilogy — lands on Friday.

Early Voting won the 147th Preakness Stakes yesterday — the second leg of horse racing’s Triple Crown. The horse, with odds of 5-1, put on a strong finish, passing runners-up Epicenter and Creative Minister down the stretch. Kentucky Derby winner Rich Strike did not run in the race after owner Rick Dawson decided the horse needed more time to rest between races. Rich Strike is expected to run at the Belmont Stakes in New York on June 11.

The final round of the PGA Championship, one of professional golf’s four majors, begins this morning at Southern Hills Country Club in Tulsa, Oklahoma. Rookie Mito Pereira currently sits atop the leaderboard at 9 under par. Masters champion and world No.1 Scottie Scheffler finished at 6 over par on Friday, missing the cut. Tiger Woods withdrew from the championship late yesterday after struggling in his third round, carding his career-worst score at the event — a 9 over par 79.

The NBA playoffs continue later today with the Golden State Warriors taking on the Dallas Mavericks. The Miami heat face the Boston Celtics on Monday.

Round 2 of the NHL playoffs continues later today with the Carolina Hurricanes facing off against the New York Rangers, followed by the Calgary Flames taking on the Edmonton Oilers.

The 106th running of the Indianapolis 500, known as “The Greatest Spectacle in Racing,” is set to take place next Sunday.

Take CNN’s weekly news quiz to see how much you remember from the week that was! So far, 10.9% of readers who took this week’s news quiz got a perfect score. How well can you do?

I Wanna Dance With Somebody

How I Started My Vending Machine Business That Makes $30,000 a Month

Fri May 27 , 2022
Quinn Miller, 28, quit his corporate sales job in July 2020 to grow his vending-machine business. Miller spends five hours a week managing the machines but works full-time scaling his operation. Here’s how he went from buying the first machine to making $30,000 a month, as told to Emily Courter. […]