The reunions are getting smaller and smaller, more reflective than celebratory.

The 1968 World Series-champion Detroit Tigers lost another of the heroes in 2021, when catcher Bill Freehan, an 11-time All-Star and five-time Gold Glove winner, died Aug. 19 at the age of 79.

Freehan had battled Alzheimer’s for several years, and didn’t attend the 50th-anniversary celebration in 2018. Wife Pat attended both the on-field ceremony and an evening gala in his place.

“I lost one of my best friends — a baseball friend I was closer to than anyone else on the team,” said pitcher Mickey Lolich, a teammate of Freehan’s for 13 seasons. “I don’t know how to explain this to people, but it was just amazing how close we were, mentally, when it was time for pitching and catching.”

It was Lolich and Freehan who made for one of the most memorable images in Detroit sports history, when they leapt into each other’s arms after Freehan caught the final out of Game 7 in the 1968 World Series victory over the St. Louis Cardinals.

In Game 5, it was Freehan who blocked the plate in tagging out Cardinals speedster Lou Brock for a pivotal moment in the series — perhaps even the turning point.

Freehan, a Detroit native, played 15 seasons in the major leagues, and finished with a career WAR of 44.8, 16th all-time among catchers, leading many Tigers fans to call for his consideration for the Baseball Hall of Fame. After his retirement, he coached the Michigan baseball team.

The Baseball Hall of Fame lost six members in 2020, and three more in 2021 — all in January, including Hank Aaron, baseball’s home-run king from 1974 until Barry Bonds replaced him in 2007.

Aaron, who finished with 756 home runs, died Jan. 22, at the age of 86 — and in his lone appearance at Tiger Stadium, in the star-studded 1971 All-Star Game, he homered. Nine months after his death, his beloved Braves won the World Series for the first time since 1995.

Tommy Lasorda, who won two World Series managing the Los Angeles Dodgers and spent nearly 70 years with the organization starting with his playing days, died Jan. 7 at the age of 93.

Lasorda led the Dodgers to titles in 1981 and 1988, the latter when the Dodgers were underdogs against the mighty Oakland A’s, but were buoyed by an ailing Kirk Gibson’s pinch-hit walk-off homer in Game 1.

“That was a real thrill,” Avila said. “All the kids on the team were excited, all the parents obviously were thrilled and they got a kick out of it.

“In the middle of the game, I remember this: I’d always look into the stands to see if he was watching, and there were always people around him. But every time I’d come up, he would make sure to stop signing autographs, stop talking to people, to watch me hit.

“For me, it was like the coolest thing ever.”

Don Sutton, who pitched 23 seasons in his Hall of Fame career, mostly with the Dodgers, died Jan. 18, at 75.

One of the best defensive players in Detroit Lions’ history, Roger Brown died Sept. 17 at the age of 84.

Brown was a member of the Lions’ “Fearsome Foursome” defensive line, playing seven of his 10 NFL seasons in Detroit. He was All-Pro in 1962-63, and a Pro Bowl selection in 1962-66. In one particularly memorable game, on Thanksgiving 162, Brown had seven sacks of legendary Green Bay Packers quarterback Bart Starr.

“Roger Brown will always hold a special place in our team’s history,” Lions owner Sheila Ford Hamp said. “Roger’s career accomplishments solidify his legacy alongside some of the all-time greats of our game.”

The world of football also lost some legendary coaches in 2021, among them Marty Schottenheimer (Feb. 8, 77), who was head coach of four teams after a stint as an assistant with the Lions early in his career; Bobby Bowden (Aug. 8, 91), who won two national championships with Florida State; and Howard Schnellenberger (March 27, 87), who won a national title at Miami. Legendary Denver Broncos halfback and Pro Football Hall of Famer Floyd Little (Jan. 1, 78), Hawaii quarterback Colt Brennan (May 11, 37), Hall of Famers Mick Tingelhoff (Sept. 11, 81), Sam Huff (Nov. 13, 87) and Claude Humphrey (Dec. 3, 77), Broncos receiving great Demaryius Thomas (Dec. 9, 33) and Floyd Reese (Aug. 21, 73), a Super Bowl-winning executive who worked on the Lions staff in the 1970s, also died.

What began as a celebratory weekend, first with a wedding, then with a July 4 holiday party, ended in tragedy at the Novi home of a former Red Wings goalie.

A fireworks accident killed Columbus Blue Jackets goalie Matiss Kivlenieks at the age of 24. A box stand of fireworks, placed down by the water, tipped over, with one of the shells striking Kivlenieks as he tried to get out of a hot tub. He suffered lethal injuries to his heart and lungs and died almost instantly, per an autopsy.

The accident occurred at the house of Manny Legace, Kivlenieks’ goaltending coach in Columbus.

“We’re not even close to even getting over this,” Legace, 48, said during an interview with Bally Sports Detroit in early October. “He was a kid to us. He just became one of our family.”

The local hockey scene also lost a legend in 2021 — goalie Tony Esposito, who died Aug. 10 at 78. Esposito, most notable for his time with the Chicago Blackhawks, played collegiately at Michigan Tech, where he was a three-time first-team All-American and won a national championship. Hockey Hall of Famer Lee Bolvin (Oct. 16, 89), who played briefly with the Red Wings, and Sergei Tchekmarev (Feb. 19, 65), the longtime team masseur for the Red Wings, also died in 2021. Other notable hockey figures include Hall of Famer Rod Gilbert (Aug. 22, 80) and Mark Pavelich (March, 63), a member of the “Miracle on Ice” team.”

If you’re a golfer in Michigan, odds are you played a course designed by Arthur Hills, who designed more than 20 in our state, more than 200 worldwide and redesigned 150 more, including Oakland Hills. Hills, who held degrees from Michigan State and Michigan and who built such courses as Bay Harbor, Red Hawk, Shepherd’s Hollow, Fox Hills and Fieldstone, died May 18 at the age of 91.

He’s a member of the Michigan and Ohio golf halls of fame.

“I never felt like it was exhausting,” Hills told the Toledo Blade in 2020, speaking of his busy workload. “I enjoyed it very much. I thought I was getting overpaid to do a hobby. It was like stealing money.”

Locally, we lost several sports personalities in 2021, including Laurie Carr, the wife of longtime Michigan football coach, who died May 25 at the age of 70 after a lengthy battle with cancer.

Before Tiger Woods, there was Lee Elder, who in 1975 became the first Black golfer to play in the Masters. in April 2021, he joined Jack Nicklaus and Gary Player for the first-tee ceremony to kick off the tournament, before dying Nov. 28 at the age of 87.

Legendary boxer Leon Spinks, who beat Muhammad Ali for the heavyweight championship in 1978, died Feb. 5 at age 67. Boxing also lost Tony DeMarco (Oct. 11, 89), a Hall of Famer known as the “Boston Bomber,” and “Marvelous” Marvin Hagler (March 16, 66), who had an epic fight with Detroit’s Tommy Hearns.

Bowling Hall of Famer Mark Roth, a four-time PBA player of the year, died Nov. 26 at 70.

Four Oxford High School students had their whole lives ahead of them — until tragedy struck the early afternoon of Nov. 30, when they were shot and killed in the hallways of their school.

They included Tate Myre, 16, a star running back being recruited by several Division I schools; Justin Shilling, 17, co-captain of the bowling team and a golfer; Hana St. Juliana, 14, who was about to begin her basketball season; and Madisyn Baldwin, 17, an artist.

Myre had just taken a visit to Toledo the weekend before. Following his death, Michigan State made him an honorary member of its 2022 recruiting class, and Michigan wore his No. 42 on a patch during the Big Ten championship game, where his family participated in the coin toss — then the Wolverines scored 42 points.

Shilling’s bowling team was the first Oxford sports team to resume competition in the wake of the shooting, which also injured seven others — including a student who remains hospitalized, and a teacher.

“I felt like he (Justin) should be here,” said Oxford senior Jake Love, a member of the bowling team, who resumed play in front of about 200 community members in attendance at Collier Lanes in the village.

Mon Dec 27 , 2021
By Faith Karimi, CNN The holiday season can be a challenging time for maintaining your health and fitness. Between social events and opportunities to overindulge, it’s easy to sabotage your health routine. But there are ways to holiday-proof your fitness. Here’s what else you need to know to Start Your […] 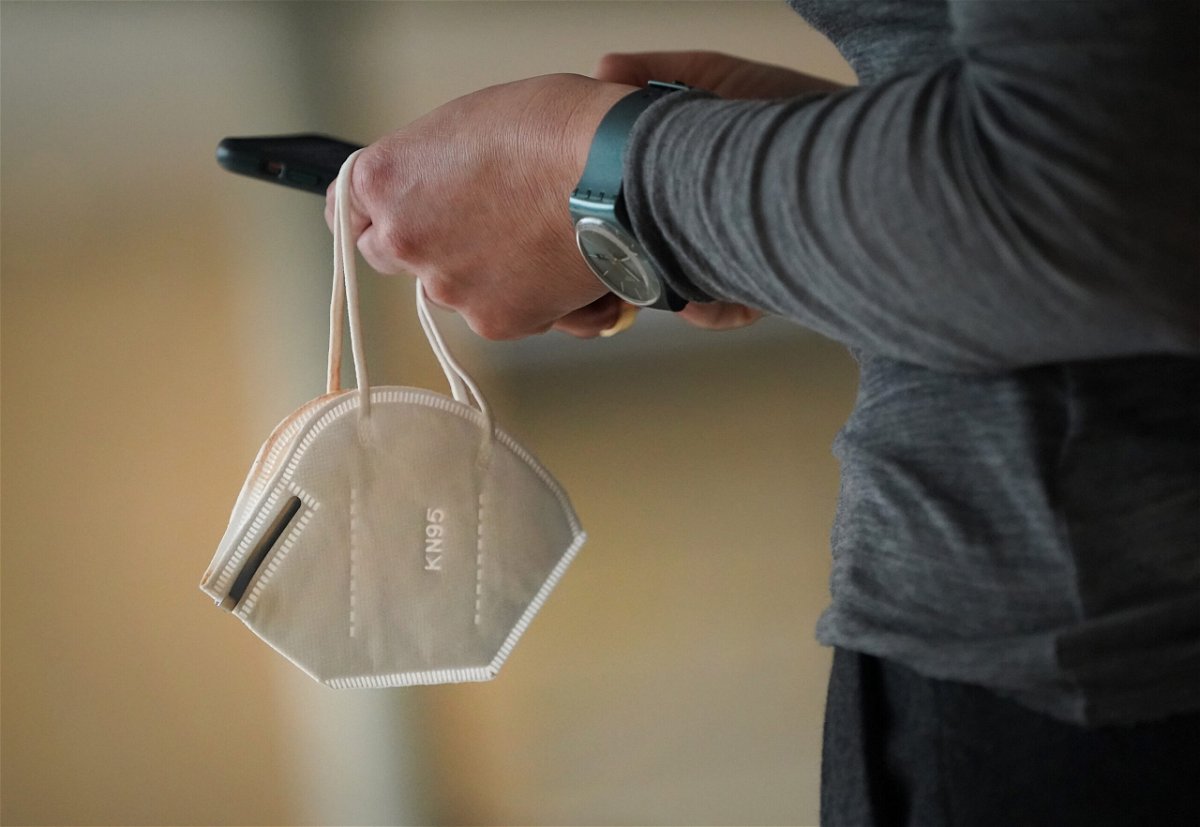