While Wells was experimenting with nitrous oxide, a dentist named William Morton was trying a different anesthetic: ether. In October 1846, Morton was given an opportunity to demonstrate its use in the very same amphitheater in which Wells had failed. After he successfully completed his operation, Morton declared, “Gentlemen, this is no humbug.” The amphitheater is now called the Ether Dome, in tribute to the birth of anesthesia in the United States.

But that’s hardly the end of the story. In 1847, James Young Simpson, a Scottish doctor, discovered that chloroform was more potent than ether — and also that it worked more quickly and did not cause vomiting. It had an enthusiastic reception in Europe. But chloroform was hardly risk-free, and by 1863, it was responsible for 100 deaths, often following minor operations. It was not until the end of World War I that chloroform was phased out in Europe — and it was not until the early 1980s that American doctors stopped using ether. Nitrous oxide continues to be deployed in dentistry, but contemporary anesthetics are much safer and better than anything that Wells, Morton and Simpson could have possibly imagined.

The first heart transplant was undertaken by James Hardy, who put a chimpanzee’s heart into Boyd Rush’s chest in 1964. Rush died in just two hours. In 1967, Christiaan Barnard transplanted a human heart into Louis Washkansky, who survived for 18 days. Barnard became an international celebrity, and in 1968, more than 100 heart transplants were performed around the world. But half of the patients died within the month, and only 10 percent were alive two years later. In light of that record of failure, the number of heart transplants dwindled to 16 in 1970 and 17 in 1971. But Norman Shumway, Richard Lower and Richard Caves, among many others, developed a series of innovations, including an essential immune suppressant (now called cyclosporine) and Caves’s “bioptome,” a thin piano wire with pincers at the end, which allowed early detection when a patient was rejecting a transplant. Doctors now perform about 2,300 heart transplants annually in the United States alone. The average survival rate is 15 years.

Gerhard Domagk, a researcher at a German pharmaceutical company, aimed to kill streptococcus, one of the world’s most deadly bacteria. His work led to the production of sulfanilamide, an early antibiotic for which he won the Nobel Prize. In a short period, the drug saved thousands of lives from pneumonia alone. But it also had side effects. It turned out that diethylene glycol was used as an ingredient in Elixir Sulfanilamide — and that it contributed to kidney failure. As Offit explains, the sulfanilamide disaster helped to spur enactment of the Food, Drug and Cosmetics Act of 1938, which required pharmaceutical companies to list all ingredients on product labels, and also to perform sufficient testing in advance.

Wed Sep 29 , 2021
Though L.A.’s highest-level real estate scene is notorious for its hyper-competitiveness and even a few long-running feuds, good feeling and camaraderie reigned at The Hollywood Reporter’sinaugural Power Broker Awards, presented by The Society Group. Held as a private event in West Hollywood on Wednesday night, the honors were held in […] 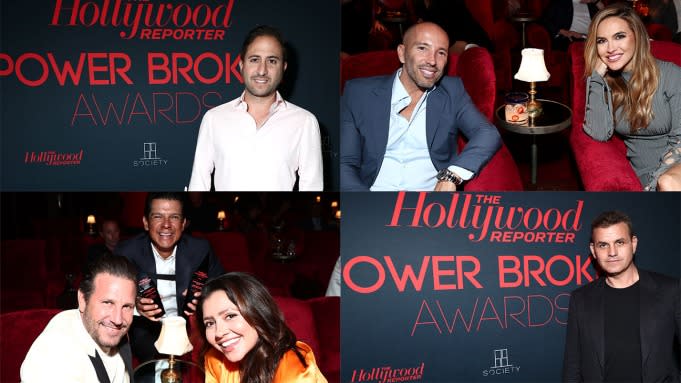