While getting ready to wash her hair at the end of a busy week, Shemeka Campbell suddenly felt weak and dizzy. Her heart was racing, too. Campbell decided to lie down, hoping rest would help. But when she woke up the following morning, she didn’t feel much better.

“I was still short of breath and fatigued, so I drove to urgent care, where they determined my resting heart rate was in the high 100s,” Campbell says. (A normal resting heart rate is 60 to 100 beats per minute, according to the American Heart Association, or AHA.) “I thought, ‘I’m young. This isn’t that serious,’” Campbell, who was 24 at the time, says. But the staff at urgent care felt otherwise and instructed her to go to the hospital.

Once at the hospital, a medical team whisked Campbell by wheelchair to a back room. In a flurry, Campbell was connected to cardiac monitors and given medication to slow her heart rate.

Doctors told Campbell she had supraventricular tachycardia (SVT), a condition in which electrical signals involving the heart’s upper chambers fire abnormally, causing a fast heart rate. Campbell took in this news, and carried on with her life not thinking much of it. But the following year, Campbell met with her cardiologist and learned she had dilated cardiomyopathy, a disease of the heart’s ventricles and atria, the lower and upper chambers of the heart, respectively. That’s when she realized that she had heart disease.

Dilated cardiomyopathy is a heart condition that affects as many as one in 2500 Americans, according to the AHA. The disease is three times more common in Black Americans, compared with white Americans. It often involves the left ventricle, the heart’s main pumping chamber, where the heart muscle begins to stretch and becomes thinner, notes the AHA. Consequently, the inside of the chamber enlarges. Doctors might not notice the condition until it impairs the pumping function of the heart. It’s the most common cause of heart failure.

When Campbell was diagnosed with dilated cardiomyopathy, her doctor ordered genetic testing to see if she had an inherited form of the disorder. Her tests came back negative, which was reassuring.

Meanwhile, Campbell began taking medications to improve her heart function and reduce her blood pressure. Over the next several years, however, Campbell had two more SVT episodes, which resulted in a diagnosis of congestive heart failure. More medications and higher doses of her current medications were added to her treatment plan.

Because Campbell’s heart condition could lead to cardiac arrest and death, her doctor also recommended an implantable cardioverter defibrillator (ICD) at that time. But the thought of wearing an implantable device seemed overwhelming, so Campbell decided against it.

It wasn’t until her sister, Shemia, passed away at age 31 a year later from several contributing health factors, including heart disease, that Campbell decided to get the implant.

After Shemia’s death, Campbell started asking her family about heart disease. Even though her mother and father were heart disease–free, she discovered that her great grandmother, grandmother, and several aunts had heart conditions.

Having a family history of premature heart disease is common. According to a study published in the Journal of the American Heart Association in July 2019, it’s estimated that 27.8 million people over 20 in the United States who are at increased risk for cardiovascular disease can be identified by family history.

“Knowing your family medical history is really important for all diseases,” says Jennifer Mieres, MD, professor of cardiology at the Zucker School of Medicine at Hofstra Northwell in Hempstead, New York, and coauthor of Heart Smart for Women. “Family history is a key component that can help you plan to manage your future health. Everyone, as part of their partnership with their medical team, needs to discuss their family medical history with their doctor.”

In addition to family history, Dr. Mieres also stresses the importance of being aware of other risk factors for heart disease, including high blood pressure, high cholesterol, and being a smoker. Half of all American have at least one of these three big risk factors for heart disease, according to the Centers for Disease Control and Prevention (CDC).

“All told, heart disease should be a concern for everyone, even if you have a clean family history of it,” Mieres says.

How an ICD Saved Campbell’s Life

Although heart disease was still on Campbell’s radar, she didn’t think much of it after her ICD. “I was more stress free because I wasn’t worried, knowing I had the ICD,” she says. “Life was normal.” But three years later, in June 2021, Campbell was home at the time and remembers feeling dizzy and lightheaded. “The next thing I knew, I was getting up off the floor,” she says. Campbell drove to the hospital emergency department, where she learned her heart had gone into ventricular fibrillation (vfib). This life-threatening heart rhythm abnormality can cause cardiac arrest and is very serious, according to the AHA. With vfib, the heart’s lower chambers quiver instead of contract normally, leading to cardiac arrest.

“My ICD shocked me and brought my heart back into its regular rhythm,” Campbell says.

This year, Campbell, 34, was named a national ambassador for the American Heart Association’s Go Red for Women campaign. Together with a team of women with cardiac-related issues, Campbell works to raise awareness of heart disease by sharing her story.

The former 911 operator also recently turned a stress relieving hobby — baking decorative cookies — into an entrepreneurial venture. She’s Happy Treats is an online and storefront bakery that Campbell operates from her hometown in Milwaukee, where she specializes in decorative cookies for all occasions.

Campbell says that she is living a full life today, and encourages others facing health challenges to do the same. “Don’t think it’s the end of the world just because you have an illness,” she says. “It’s one more reason why you should put more effort into living.”

Fri Feb 25 , 2022
Philadelphia Flyers founder Ed Snider breezed through the government approval process in 1967 when he built the Spectrum for his new sports franchise. He once said all of the legal paperwork fit inside two small binders. Snider faced much different conditions when he built the Wells Fargo Center on the […] 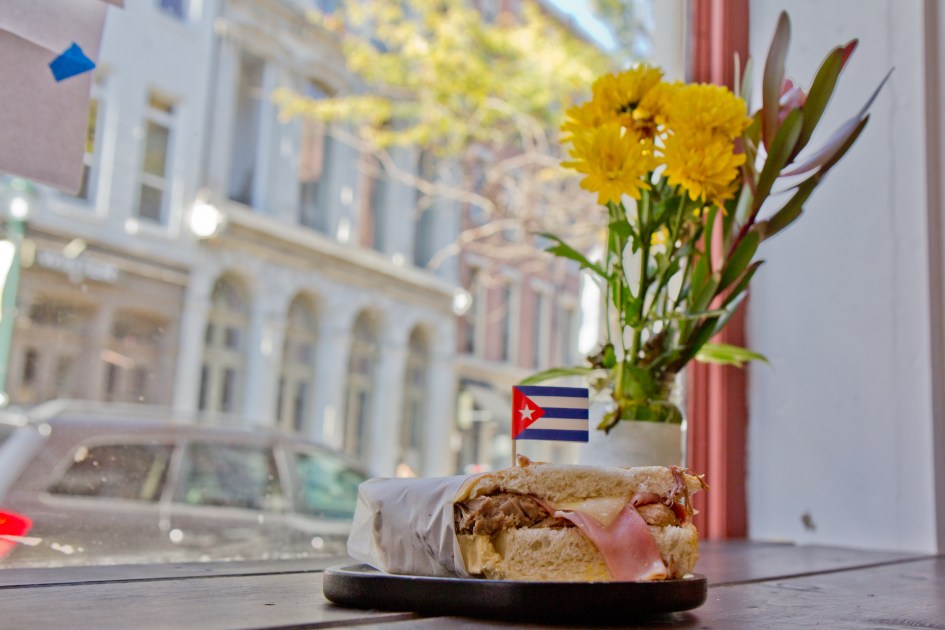