Facebook, Twitter, YouTube and Snap lost an estimated $9.85 billion in revenue during the first half of 2021 due to a new privacy tool launched by Apple that requires applications to ask for a user’s permission before tracking their activity on the internet, the Financial Times reported Sunday.

The report, based on data from advertising research firm Lotame, noted the companies lost an average of 12 percent of revenues during the period.

Some analysts, though, consider that estimate high. “It’s too much of an impact,” observed Gene Munster, co-founder of Loup Ventures, a venture capital firm in Minneapolis.

That’s especially true in light of continuing improvements being made by advertisers. “Eventually the measurement tools will improve for the ad industry, with or without IDFA,” he told TechNewsWorld.

IDFA — Identifier for Advertisers — is Apple’s mobile ID which is used to make mobile in-app advertising and measurement easier. With the new tool, it can’t be used to track users without their permission.

Yoram Wurser, a principal analyst at eMarketer Insider Intelligence, an e-commerce and retail analysis firm in New York City, was doubtful but did not entirely dismiss the size of the losses. “The nine billion is on the high end, but it’s possible,” he told TechNewsWorld.

Lotame did not respond to our request for comment for this story.

During Facebook’s most recent earnings call, Sheryl Sandberg, chief operating officer of Meta Platforms, which operates Facebook, acknowledged that Apple’s actions had created some “headwinds” for the social network which, by some estimates, depends on targeted advertising for 98 percent of its revenue.

“We’ve been open about the fact that there were headwinds coming — and we’ve experienced that in Q3,” she said.

“The biggest is the impact of Apple’s iOS 14 changes, which have created headwinds for others in the industry as well, major challenges for small businesses, and advantaged Apple’s own advertising business,” she observed.

“We started to see that impact in Q2, but adoption on the consumer side ramped up by late June, so it hit critical mass in Q3,” she continued.

“As a result, we’ve encountered two challenges,” Sandberg added. “One is that the accuracy of our ads targeting decreased, which increased the cost of driving outcomes for our advertisers. And the other is that measuring those outcomes became more difficult.”

Apple’s App Tracking Transparency feature that requires apps to get the user’s permission before tracking their data across apps or websites owned by other companies has cost Big Tech firms billions in ad revenue this year. [Credit: Apple]

At its most recent earnings call, Twitter played down the impact of the App Tracking Transparency tool.

“It’s still too early for Twitter to assess the long-term impact of Apple’s privacy-related iOS changes, but the Q3 revenue impact was lower than expected, and we’ve incorporated an ongoing modest impact into our Q4 guidance,” said CFO Ned Segal.

“We’ve seen our revenue product development, both related to and distinct from ATT, improved the performance of our products, and we expect that to continue,” he added.

Ross Rubin, the principal analyst with Reticle Research, a consumer technology advisory firm in New York City, explained that YouTube and Facebook are two of the highest grossing revenue sites on the internet, largely because they can offer targeting data about their audiences.

“A big part of that comes from knowing where else their visitors are going when they’re not on those sites,” he told TechNewsWorld. “So Apple’s requirement for consumers to opt-in to that kind of tracking has diminished their ad pitch about the precision of their ad data.”

Targeted ads are particularly lucrative on smartphones because of the rich nature and amount of user data that can be collected on those platforms, noted Michela Menting, digital security research director at ABI Research, a global technology intelligence firm.

“Smartphones are much more widely used than laptops or PCs for consumers, and also very personal,” she told TechNewsWorld.

“The targeted ads market is one that very much happens behind the scenes, and hidden as much as possible from consumers,” she continued.

“This speaks volumes about the fact that in the targeted ad business, most stakeholders are aware that this is not a big selling point for users,” she said. “Barring transparent action by those in that value chain — social media platforms, smartphone OEMs, marketers — the business is one that is likely worth billions in revenue.”

“By providing clear guidance and information to users, with a choice to opt-out of tracking, consumers have done what those in the social media business feared most: opted out,” she observed.

“This policy is great for users,” she maintained. “Ad tracking should be transparent and, quite honestly, remunerated.”

“If the consumer is the product and they know and understand how it works, and they are asked for permission, it is unsurprising that the majority will not consent to tracking if there is nothing in it for them,” she said. “It’s business basics.”

“So while I can’t comment on the revenue loss, I am not surprised at the amount stated, and it is likely that the loss will continue to escalate,” she noted.

Apple’s new privacy policies will also impact app developers, especially those who depend on the “freemium” model, Menting added.

“Privacy policies may curtail the ability for them to engage with advertisers going forward,” she explained. “Overall, what Apple has done is a big win for consumers and their privacy generally, and a huge obstacle for social media.”

Rubin noted that companies are looking at a range of diversification options.

“One is upselling to premium services,” he said. “Another is different kinds of subscription services.”

However, both those strategies could benefit Apple. “Those approaches play into Apple’s wheelhouse because its customers are more affluent and more likely to have the income to buy those services,” he explained.

As for advertisers, Menting predicted they will simply find other ways to place their ads, such as with influencers rather than through ad tracking.

“The ad market is not going anywhere and will ultimately always adapt,” she said.

Wed Nov 24 , 2021
Houston real estate broker Bill Baldwin spent much of his childhood fishing and water skiing on Sunset Lake outside of Huntsville, and now he’s re-creating the dream for his own family. After spending months ripping out walls, reworking the interior and waiting for building materials and furnishings, he sits on […] 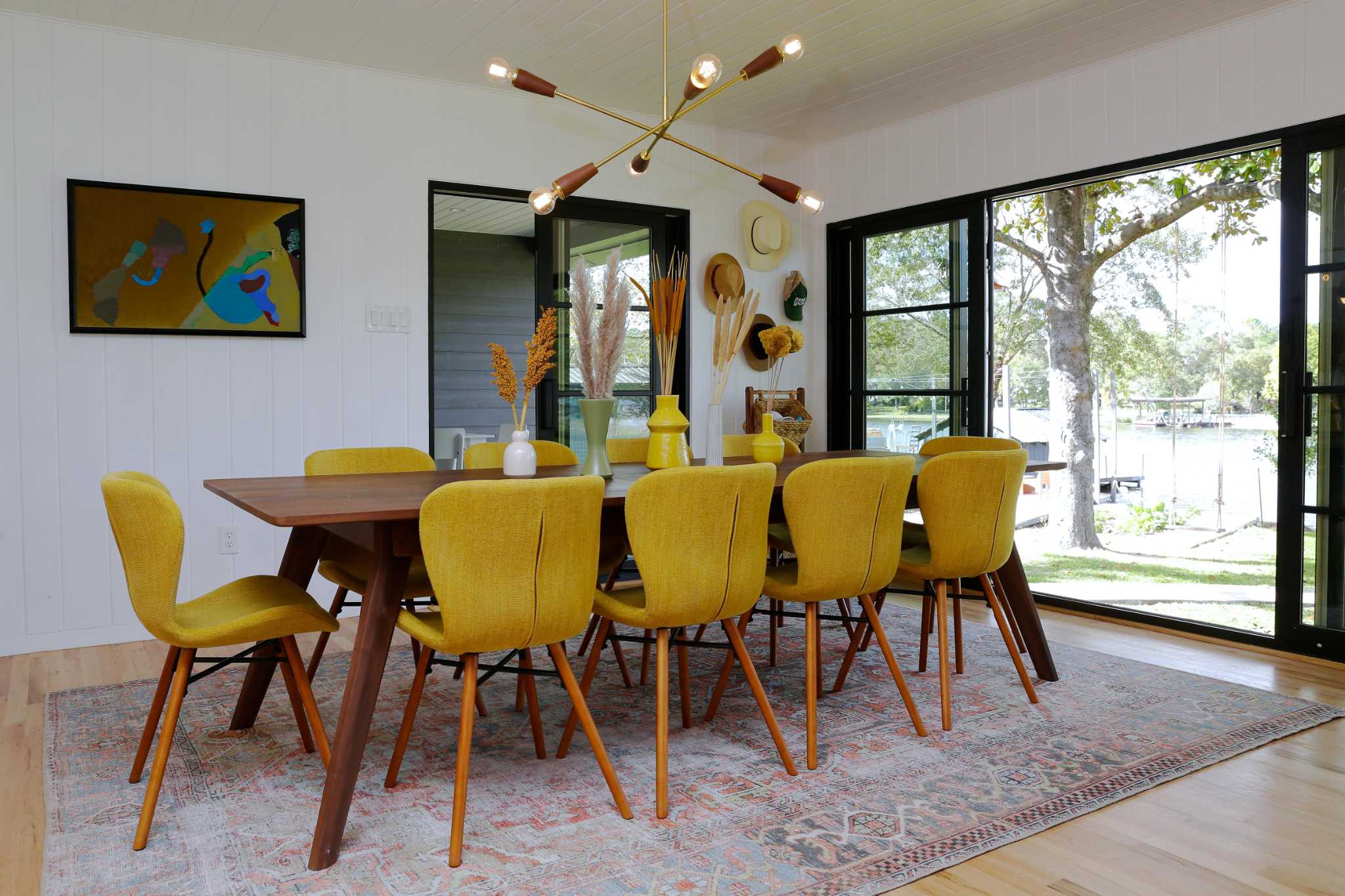