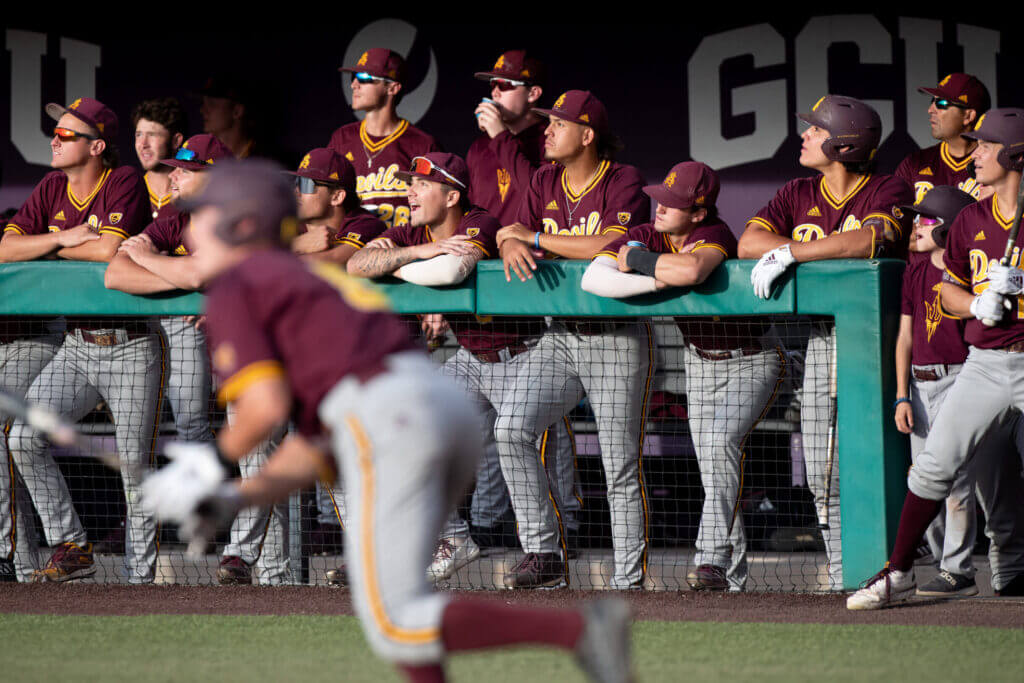 SCOTTSDALE, Ariz. — Not long after Arizona State was eliminated in the inaugural Pac-12 baseball tournament, Willie Bloomquist stood outside the third-base dugout and discussed his first season as coach of his alma mater.

A program that once stood among the nation’s elite, Arizona State hasn’t made the College World Series since 2010, the longest drought in school history. As the No. 8 seed in the conference tournament, the Sun Devils lost to top-seeded Stanford and beat No. 4 Oregon before a loss to rival Arizona ended their season at 26-32. A lack of timely hitting hurt Arizona State. So did pitching depth.

“Obviously, we didn’t come out on the right end of this game, but this is what college baseball is about,” Bloomquist said. “You got guys that are leaving it all on the field. Mistakes happen here and there, but everyone’s giving what they got on every pitch. You can certainly see the guys (and) how much they care.”

This is not a good time for Arizona State’s three major men’s sports. While baseball rebuilds under Bloomquist, the football program under Herm Edwards remains mired in an NCAA investigation that has cost him five assistant coaches and more. Coming off consecutive losing seasons, Bobby Hurley’s basketball program is still looking for its pre-pandemic mojo.

That’s not to imply Arizona State athletics has sputtered as a whole. The softball team won the Pac-12 and just finished a remarkable season, coming up one win short of the Women’s College World Series. The wrestling squad finished fourth in the NCAA championships. The golf, swim and gymnastics programs are strong. Hockey soon will open a new arena. Women’s basketball has a new direction. There’s plenty for fans to cheer.

But the big three drive conversation. An athletic department’s health starts with them. If one struggles, OK. Two struggle, not good. All three struggle and it’s social-media anarchy. This is where we are.

Football draws the most attention because that’s the nature of the sport. It’s the money maker, the driving force of university pride. The Sun Devils finished 8-5 in 2021, but more had been expected. Since December, the program has lost a ton of talent through the transfer portal, including quarterback Jayden Daniels, receiver Ricky Pearsall, defensive tackle Jermayne Lole and linebacker Eric Gentry.

Arizona State is not alone in this regard; transfer rules and name, image and likeness compensation have forced teams across the country to regroup and reload. It’s the new normal. But the uncertainty associated with the NCAA probe has added a hurdle that Sparky has struggled to clear. When Edwards first arrived, he won over fans with an unspoken promise of better days. He had a talented quarterback. A young defensive core. Better size on the offensive line.

Hope carries a fan base through growing pains, but today that vision is blurred. Three-year plan? It’s difficult to see beyond the upcoming season. The program’s biggest question doesn’t involve new quarterback Emory Jones or any player on the field. It’s simply, “How much longer will Edwards be around?” That doesn’t inspire much hope.

“I’m disappointed that they kind of let the whole thing get away from them,” said Nathan LaDuke, a defensive back who starred for the Sun Devils from 1987 to 1990. “Whether you want to say that everybody else is (breaking rules) or not, it doesn’t matter. And they might be. And they might have been. It doesn’t make it right. And it’s not a great situation to be in.”

For the record: In a recent appearance on the “Speak of the Devils” podcast, vice president of athletics Ray Anderson said Arizona State has moved beyond the staff moves and that Edwards is in no trouble. “There’s no doubt in our minds that we’ve got the right head coach and the right staff in place to move forward,” he said. “(We) don’t second guess our decision (to retain Edwards) at all. We have the information we have and we’re very confident we’re headed in the right direction. Herm’s our leader and will be our leader.”

Basketball is coming off a frustrating season for different reasons. Arizona State struggled at the start, rallied late, then positioned itself to advance in the Pac-12 tournament. In Las Vegas, the Sun Devils led Stanford by 14 in the opening round with three minutes left. They lost 71-70 to finish 14-17, the program’s second losing season in a row.

Hurley, who is under contract through 2024, is 118-100 in seven seasons. Before COVID-19 cut the 2020 season short, he had Arizona State positioned for a third consecutive NCAA Tournament, a feat unmatched since the JFK administration. But the winter of 2020 seems like a long time ago.

Some of this is just the nature of Arizona State basketball. Since program legend Ned Wulk left after the 1981-82 season, the Sun Devils have played in only seven NCAA Tournaments. Inconsistency is a program theme here, and the pandemic has complicated matters. Is Arizona State the scrappy team from 2018-2020 or the program that has slipped the past two seasons under difficult circumstances? It’s hard to say.

The home court, forever on the athletic department’s to-do list, doesn’t help. Entering Desert Financial Arena is like walking into the 1970s minus the disco ball. This isn’t breaking news. Prior to his first season, a reporter asked then-Arizona State coach Bill Frieder about Desert Financial Arena, then known as the University Activity Center. “Sure, on the surface it looks great,” Frieder said. Then he listed everything in need of an upgrade. “Ten years behind the times, this place,” Frieder said. “Archaic. But we’ll get it turned around.”

That brings us back to baseball, once considered the jewel of Arizona State athletics, owners of five national championships. With Bloomquist in place, it might be in the best place of Arizona State’s anchor programs — fresh start, fresh hope — but it also has the longest climb. A strong tradition can be both a blessing and a curse. While the coaching staff may measure growth in one way, the fan base may do so in another.

The good news: Arizona State played well in the Pac-12 tournament. Losers of four in a row entering the event by a combined score of 37-14, the Sun Devils could have folded. Instead, they led in the seventh inning of all three tournament games. They competed. They were aggressive. This is a start.

Outside the dugout after Friday’s loss, Bloomquist sounded like a man who understood the path ahead. He said the Sun Devils this season seemed close to contention at times and not so close at others. He credited players for battling through injuries and adversity. He expressed a need for better pitching depth and defense. But the bottom line was obvious. “It’s not panic city,” Bloomquist said, “but we do have to get better.”

Summer 2022 preview: What to look forward to in media and entertainment

Wed Jun 1 , 2022
Those are some of the summer’s unknowns. But hopefully this season will give us as many reasons to smile as Tom Cruise. “Top Gun: Maverick” made upwards of $150 million over Memorial Day Weekend, a very welcome boost for movie theaters. “In the weeks ahead,” Brooks Barnes of The New […] 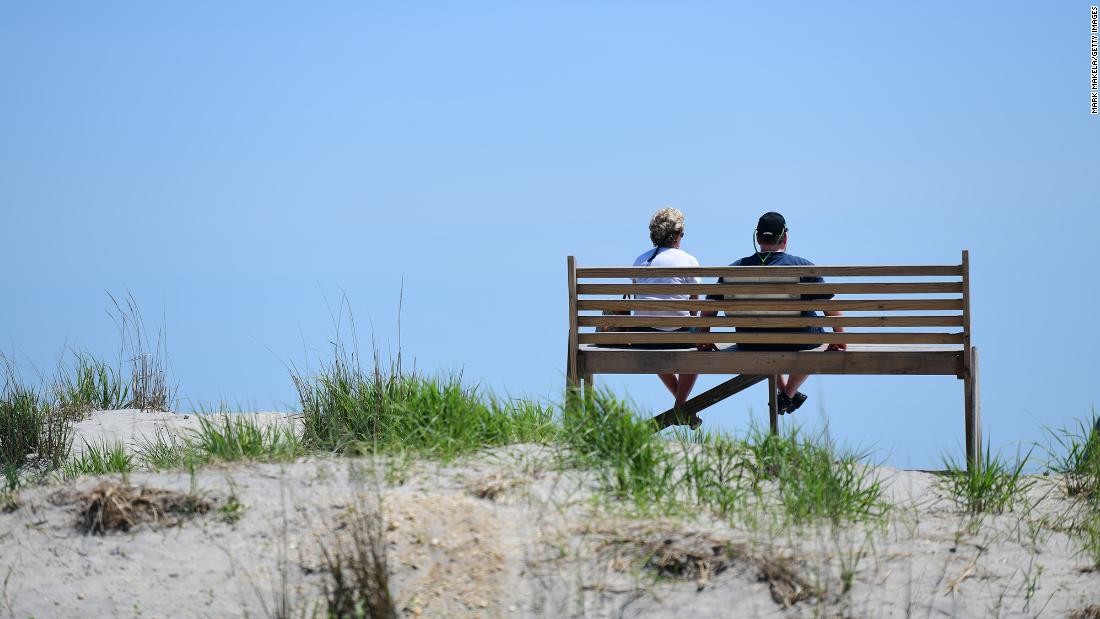