When Linda Olson started a meetup group for tech entrepreneurs in Tampa Bay back in the mid 2000s, it barely qualified as a local industry.

“It took me months just to find 10 other tech startup founders in the region,” said Olson, a St. Petersburg native who’d worked at dot-coms in New York and Boston. “I didn’t expect Tampa Bay to have all the ecosystem that Boston has, let’s say, but the gaps here were much bigger than I could have ever even imagined.”

Less than 15 years after Olson founded the startup hub Tampa Bay Wave, those gaps are gone. Tampa Bay startups are drawing hundreds of millions of venture capital investments, from both inside and outside the region. Homegrown firms are receiving billion-dollar valuations, making them what’s known in the tech world as unicorns.

“Now we’re at this really important inflection point,” Olson said, “where we truly are going to be one of the top tech startup hubs in the country.”

It’s hard to deny Tampa Bay’s tech startup landscape is in the midst of a boom. Quantifying that boom, and figuring out how the region got here, is trickier.

It’ll be a much-discussed topic this weekend as Tampa hosts the ninth annual Startup of the Year summit, a nationwide conference and competition linking startups and investors from around the country. More than two dozen Florida companies are semifinalists, including at least 17 from Tampa Bay — the mental-health texting service Cope Notes, the sustainable water company WaterCube, the wellness-focused blockchain company RB Technologies and more.

“If a local company can do well in this competition, that’s going to mean everything to the Tampa Bay region,” said Lakshmi Shenoy, the CEO of Tampa entrepreneurship and startup acceleration hub Embarc Collective, which is hosting the event. “Because as they grow, the whole community grows.”

Jorge Brea founded Symphonic Distribution in Wesley Chapel in 2006. It took until 2017 for the music distribution services company to launch a Series A fundraising round, which pulled in $4 million, largely from local investors.

Late last year, Symphonic closed its Series B round at $37 million — most of it led by a firm in Philadelphia.

“There’s much more opportunity to be successful in tech in Florida, and in Tampa, than there was before,” Brea said. “Certainly, a lot more capital is paying attention.”

How much more? It’s hard to say. Since 2013, Tampa Bay Wave members have drawn some $500 million in investments, Olson said, with a third of that coming last year alone. But there’s almost certainly much more flowing in.

Subscribe to our free Business by the Bay newsletter

We’ll break down the latest business and consumer news and insights you need to know every Wednesday.

You’re all signed up!

Want more of our free, weekly newsletters in your inbox? Let’s get started.

Explore all your options

“I don’t know if the billion-dollar mark is too far off,” said Tampa Bay Wave accelerator managing director Richard Munassi. “Honestly, we might be right there right now with regards to our region. We might be double or triple it. There’s a lot of companies raising money here, some very, very quietly.”

Related: Meet the 7 Tampa Bay business people to watch in 2022

One key investment came from Tampa Bay Lightning owner Jeff Vinik, who gave $10 million to launch Embarc in 2018. Two years later, the collective opened a workspace for tech entrepreneurs at the edge of Vinik’s $3.5 billion Water Street Tampa development. Since then, Embarc has signed more than 120 members, and tech companies large and small have opened offices around Water Street, from financial tech firms in Sparkman Wharf to cybersecurity giant ReliaQuest, which will relocate from Harbour Island to a new office tower there this fall.

“If you look at any notable hub outside Silicon Valley, the key is proximity,” Shenoy said. “A lot of magic can happen when builders and technologists are approximate to one another. This is a tremendous step in being able to create that proximity, which is challenging in a region that is as broad as ours.”

Having a cluster of startups in one spot is a relatively new Tampa phenomenon, said Brian Kornfeld, co-founder of Tampa innovation hub Synapse, which will host its fifth annual summit in February.

“I walked up Water Street today, walking from Embarc all the way to the Columbia for lunch, just visualizing what it’s going to look like a year from now,” Kornfeld said. “I’m going to want to take that walk almost every single day, almost just for fun, but also for business purposes, and to see what’s happening there. It’s going to create a FOMO effect as more of those offices open up.”

Tampa’s long had a solid cybersecurity industry thanks to the presence of MacDill Air Force Base, home to U.S. Central Command and U.S. Special Operations Command. That’s not only helped spawn local cybersecurity startups, but prompted national and international companies like Rapid7 and OPSWAT to move to town, some of them lured partly by the talent pipeline coming from the University of South Florida’s cybersecurity program.

There’s an “iron sharpens iron mentality,” Kornfeld said, that leads these businesses to build on one another and attract like-minded entrepreneurs. That’s contributed to the local growth of cybersecurity-adjacent sectors like financial tech services, or fintech, and cryptocurrency and the blockchain.

This year, Tampa Bay Wave will launch a fintech accelerator program with the Muma College of Business at USF. The program, and others like it, have the backing of entities like the Greater St. Petersburg Area Economic Development Corporation and Enterprise Florida — the sort of long-established bodies that weren’t devoting as many resources to Tampa’s startup scene a decade and a half ago, Olson said.

Since 2019, at least three area tech companies have hit $1 billion unicorn valuations, a coveted signifier of breakout tech success. There was Clearwater cybersecurity firm KnowBe4, founded in 2010, which went public last year, raising $175 million in its initial public offering. There was Tampa blockchain company Pocket Network, which crossed the $1 billion mark this year.

And then there’s ReliaQuest, founded in 2007, which amassed a $1 billion valuation only last year. The company has more than 700 employees at eight offices worldwide. Founder and CEO Brian Murphy chairs Embarc’s board of directors, and ReliaQuest is Startup of the Year’s presenting sponsor.

Next stages of growth

Hosting Startup of the Year in Tampa should push the startup scene forward in a few ways, say Shenoy and Olson.

“No matter where they are in the country, I want them to be able to see the tremendous number of companies that are growing in Tampa Bay, and start to put Tampa Bay on their radar for future investments,” Shenoy said.

Added Munassi: “I would not be surprised if there’s several million dollars, if not tens of millions of dollars, of investment that is flowing to regional startups because of Startup of the Year.”

Related: In Tampa Bay, these ‘best jobs’ pay as well as anywhere in America

It isn’t just the size of the investments that will help Tampa Bay’s startup scene keep growing, Olson said. It’s the type and timing of those investments. She believes the scene needs more “early-stage capital, more angel investors, completely different funds — that’s probably the main thing that’s the missing ingredient that will really take us to a place where we will never look back again.”

That will lead to the next benchmark in Tampa Bay’s growth — the next unicorn, the next IPO, perhaps a global tech giant snapping up a homegrown firm.

The ripple effects from such a deal would be huge, Kornfeld said. He pointed to a Silicon Valley private equity firm’s 2019 purchase of Tampa software company ConnectWise, which made instant millionaires out of at least 70 employee shareholders.

“That’s 70 people who can either take a risk on themselves, join up in partnership with somebody else who cashed out from that deal, or potentially be an investor themselves,” he said. “Those are things that don’t just create wealth, but help to create a cycle that will make sustainable wealth and sustainable economic growth for the region.”

Munassi said what he’s seeing now in Tampa reminds him of what he saw years ago in Texas, where he served on an advisory board for South by Southwest. Tampa may not be Austin yet, he said, but it’s getting there.

“We’re mirroring that, but with less politics,” he said. “And that’s exactly what you could want at the end of the day for any ecosystem. There are all these players working together, driving towards a singular goal, and it’s working.”

Wed Jan 26 , 2022
WAKEFIELD, Mass. (WWLP) – The Massachusetts Board of Registration in Medicine has taken disciplinary action against the medical licenses of three doctors, including two practicing in western Massachusetts. According to the board, the following actions were taken against the medical licenses of Robert P. Wespiser, Paul Stephen Baecher, and Robert A. […] 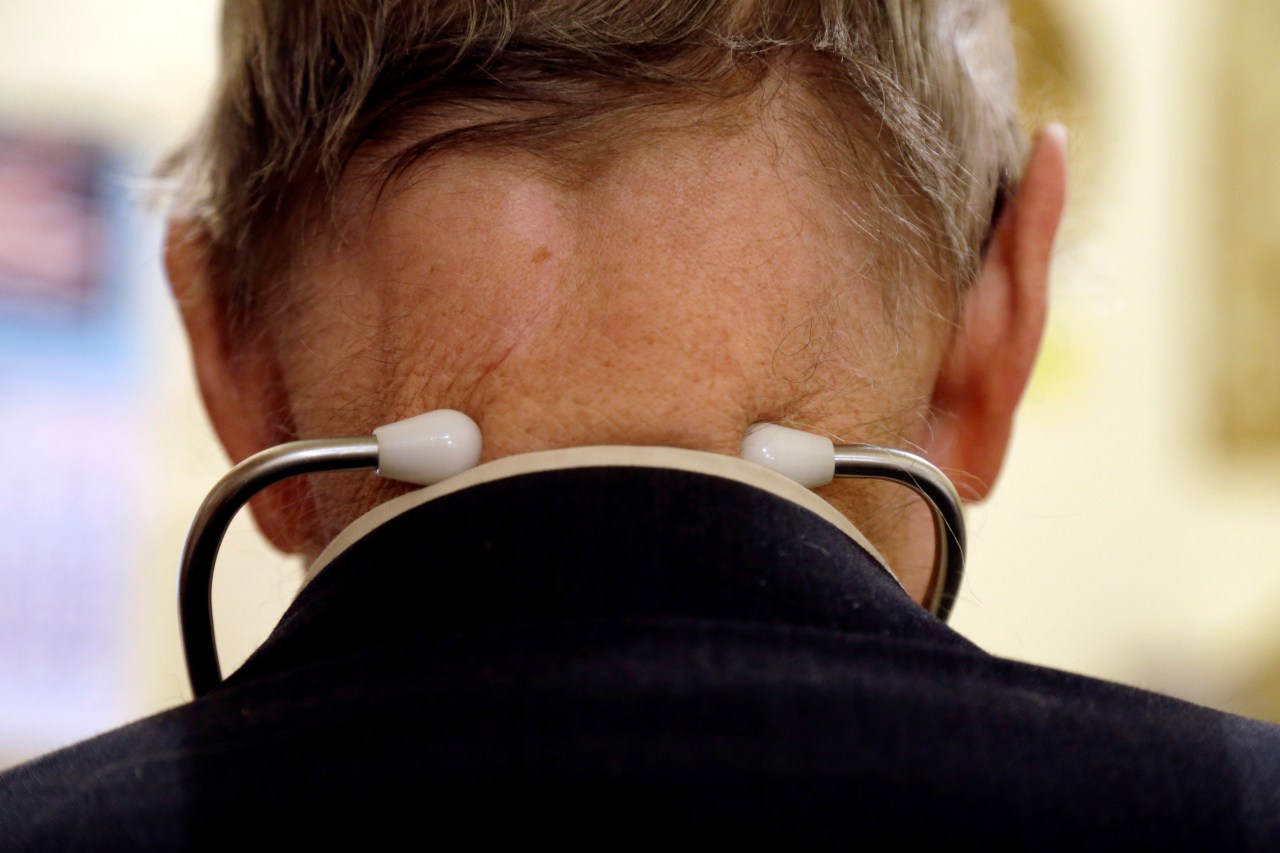