NAPLES, Florida — Yuman Hussain was the first woman in her village to set out in pursuit of her vocation. Soon after she did so, in 1998, Hussain founded and became executive director of what would become the Azad India Foundation. The organization has pioneered women’s rights to education in 130 villages within the Kishanganj and Purnia districts of Bihar, India, and continues work that benefits every member of these communities.

The Azad India Foundation is a positive force for change, educating more than 4,000 girls in districts where the female literacy rate of 46% is far below India’s average of 64.8%. “Our collective view stems from the idea that educating one woman in the family leads to the education of the entire family,” Hussain expresses in an interview with The Borgen Project. The organization achieves this by providing children with formal schooling and teaching income-generating skills such as cutting and tailoring.

These Azad India Foundation programs embolden students with the newfound capacity to establish their own businesses, earning money to support themselves and their families. Not long ago, girls would not have been granted this right. Disadvantaged girls receive sewing machines and training at two village stitching centers. From each of the two centers every year, fifty girls graduate. Out of the 100 girls who completed the course in 2019 and 2020, 31 established their own home-based stitching units.

In partnership with the Malala Fund, Azad India Foundation is working to reenroll 1,200 girls who dropped out of school. The organization supplements a formal education with an informal education for these children in order to fill possible gaps in their knowledge. “Many children lack foundational skills like reading and writing and numeracy. It is important to provide them these skills before they join formal schools,” Hussain says. To further this goal, the organization has distributed education kits to 5,000 children in government schools as part of a joint effort with Save the Children.

Challenges Faced by Girls and the Foundation

People living in the areas of Bihar where Azad India Foundation works have historically held restrictive views on who is entitled to an education or a career. “There were several challenges when Azad India Foundation started its intervention. Parents did not allow their daughters to study or go to schools,” Hussain explains. Nor were parents open to their children learning about such things as adolescent sexual health. Other obstacles girls faced, and continue to face throughout the world, include the expectation of marrying before the age of 18 as girls “were seen as liabilities,” Hussain says. Girls were additionally prevented from seeking employment.

Now, many adults in the community understand that Azad India Foundation’s work is beneficial to all. It strives to impart a balance of progressive and traditional thinking to both its students and their families. The organization encourages women to maintain and celebrate their cultural heritage in their entrepreneurship endeavors.

The organization is advocating for the Indian government to grant the women making Kheta embroidery eligibility to receive artisan smart cards (similar to debit cards) as well as other benefits. Thus far, 53 women have received smart cards.

Hussain believes it is important that children in Kishanganj and Purnia read in their native language. The Azad India Foundation team translated 200 books to the Surjapuri dialect using Story Weaver, an online platform where children can access thousands of books in 301 languages. In these ways, Azad India Foundation emphasizes both the importance of gender equality as well as traditional values.

Work During the Pandemic

The Azad India Foundation helped families impacted by the COVID-19 pandemic by distributing ration kits, blankets and other provisions. The organization provided 1,200 girls with hygiene kits and established employment opportunities in mask-making. The girls made 8,000 masks, which were then given to members of the community.

To assist those infected with the virus, Azad India Foundation donated oxygen flow meters, masks and sanitizers to the district hospital. It also partnered with other organizations in launching a 24/7 hotline, facilitating connections between patients and doctors “for effective consultation and treatment,” Hussain told The Borgen Project.

Much has changed in Kishanganj and Purnia since Hussain founded the Azad India Foundation. “Retrospectively, Kishanganj had minimal educational facilities with no incentive for women to study in schools,” Hussain reflects. “Now community members have realized the importance of education and more girls are going to schools. Women are joining the workforce wherever opportunities are available to them.”

Azad India Foundation’s work not only equips girls with the potential to become independent adults but also educates the entire community in new ways of thinking and improves the well-being of all.

Tue Oct 19 , 2021
Editor’s note: The opinions expressed by the author do not necessarily reflect the opinions of the AAMC or its members.  When Brit Trogen, MD, decided to become a doctor, she had no doubt she wanted to pursue pediatrics. Trogen had written about childhood diseases as a science journalist in Canada and […] 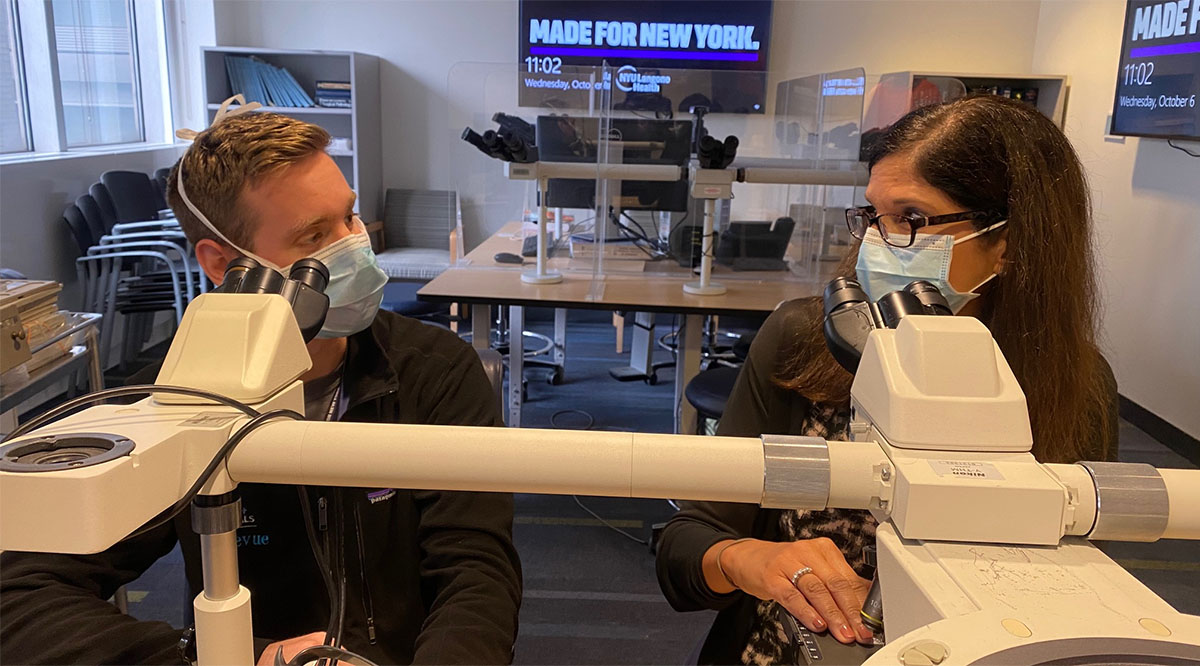