Ben Smith, the media columnist for The New York Times, is leaving the media outlet to start a new global news organization with Justin Smith, who is stepping down as chief executive of Bloomberg Media.

Ben Smith said in an interview that they planned to build a global newsroom that broke news and experimented with new formats of storytelling. He did not provide details on what beats or regions would be covered, how much money they planned to raise or when the new organization would start.

“There are 200 million people who are college educated, who read in English, but who no one is really treating like an audience, but who talk to each other and talk to us,” said Ben Smith, who is not related to Justin Smith. “That’s who we see as our audience.”

Justin Smith, 52, will lead the business side, and Ben Smith, 45, will be the top editor of the new venture.

Ben Smith joined the Times in 2020 after an eight-year tenure as editor in chief of BuzzFeed. He was previously a reporter at Politico.

Ben Smith said that he and Justin Smith had been discussing the fractured state of the news media for years, and began talking about starting a new company last fall. The new venture, he said, would aim to break news and offer nuance to complex stories, without falling into familiar partisan tropes.

“The pressures of social media and polarization have a lot of news organizations talking down to their audience,” he said.

Ben Smith also suggested that the new venture would focus on elevating the profiles of individual journalists.

“The talent model for journalism is pretty broken,” he added. “Audiences feel really connected to the person writing the story or making the video. That’s a challenge for big institutions.”

In a tweet announcing his departure from Bloomberg, Justin Smith said he was leaving “to pursue a personal dream, and a market opportunity.”

In his column for The Times, Ben Smith wrote a number of major articles, including one about harassment and abuse of power allegations against the chief editor of Bild, one of Germany’s most powerful newspapers, which is owned by Axel Springer, a giant global media company.

His column raising questions about the business practices of Ozy Media and its founder, Carlos Watson, rocked a start-up that had claimed it had large online audiences.

“What makes Ben special is that he is a commentator who also deeply reports,” Dean Baquet, executive editor of the Times, said in a statement. “That’s a pretty rare combination in media writing today.”

At times, Mr. Smith was accused of having conflicts of interest while reporting on the media business, because he had stock in BuzzFeed when he joined The Times. In an interview, Mr. Smith said he had divested most of that stock.

Mr. Smith took over the media column at The Times from Jim Rutenberg. Before Mr. Rutenberg, the columnist position was held for years by David Carr, who died in 2015.

Mr. Smith has experience building a newsroom. He was hired by Jonah Peretti in 2012 to start BuzzFeed’s news division. When he left for The Times in 2020, Mr. Peretti credited him with turning BuzzFeed from a digital news start-up into “a world-class, global news organization in less than a decade.”

BuzzFeed News was a finalist for the Pulitzer Prize in international reporting in 2018 for its work investigating operatives with apparent ties to President Vladimir V. Putin of Russia engaging in targeted killings in Britain and the United States. In 2017, it was a finalist for the Pulitzer in international reporting for detailing how multinational corporations undermined environmental laws.

The decision to publish was hotly debated in the political and media worlds. Most of the important claims in the dossier have not been proven and some have been refuted, including by Robert S. Mueller III, the special counsel who oversaw the inquiry into Russian interference in the 2016 election.

Justin Smith joined Bloomberg in 2013 and helped push the news organization into live events and video.

Before Bloomberg, he worked at Atlantic Media, where he started the business news site Quartz.

Medical director: Omicron is in Midland

Sun Jan 9 , 2022
Midland County Department of Public Health Medical Director Cathy Bodnar told the Daily News Wednesday evening that the first case of the Omicron variant in Midland County has been confirmed by the state. Bodnar said earlier in the day that local professionals have detected equal amounts of the Omicron and […] 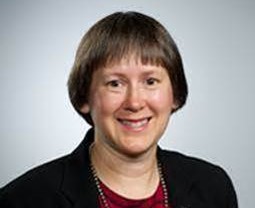