Joe BidenBiden, lawmakers mourn Harry Reid 29 percent of GOP support efforts to charge accused Jan. 6 rioters: poll Congress must meet the moment to hold Big Pharma accountable MORE said Tuesday he would impose a mandate that Americans be vaccinated against COVID-19 to travel domestically if his medical team recommends it.

When asked when he would make a decision on domestic travel vaccine requirements while out for a walk in Rehoboth Beach, Del., Biden told reporters, “when I get a recommendation from the medical team.”

The idea of mandating coronavirus vaccines for domestic travel has been bouncing around the administration for months, and the emergence of the omicron variant caused the White House to revisit questions over whether to impose it.

Biden last month said he would wait for the scientific community to give him a recommendation when asked if consideration has been given to domestic flights requiring tests or vaccines.

Anthony FauciOvernight Health Care — CDC under fire for new guidance CDC comes under fire for new COVID-19 guidance Biden says if medical team advises it, he’ll issue domestic travel vaccine requirement MORE on Monday cleaned up his previous remarks on a mandate after he said on Sunday that “anything that could get people more vaccinated would be welcome” when asked about for his thoughts on a domestic travel mandate.

“Everything that comes up as a possibility, we put it on the able and we consider it, that does not mean that it is likely to happen,” Fauci told CNN’s Jim Acosta

“I doubt if we’re going to see something like that in the reasonably foreseeable future,” he added.

Jen PsakiBiden says if medical team advises it, he’ll issue domestic travel vaccine requirement Fauci on lack of tests during holiday season: ‘We’ve got to do better’ Fauci says he was ‘stunned’ by boos from Trump supporters over booster revelation MORE told reporters that Biden wasn’t taking any options off the table, but that he will rely on health and medical experts when she was asked about vaccine requirements for domestic air travel.

Fauci pushed back on questioning from Acosta on Monday about if there is conflict within the administration over whether to impose such a mandate.

“It’s not a question of being in favor of it or not. I’m in favor of what we can do to keep the country safe,” he said.

While the business community takes major issue with a vaccine and testing requirement for domestic air travel, citing the potentially difficult logistics of it, Democrats in November called on Biden to require proof of vaccination or a recent negative test for airline passengers.

Wed Dec 29 , 2021
Photo: Jungle Scout / Facebook Big news came out of Silicon Hills this past week, including several funding rounds and hiring initiatives. Catch up on the latest. This is the Built In Austin weekly refresh. FileCloud gained $30M. FileCloud is a hyper-secure collaboration platform offering different forms of data management and workflow […] 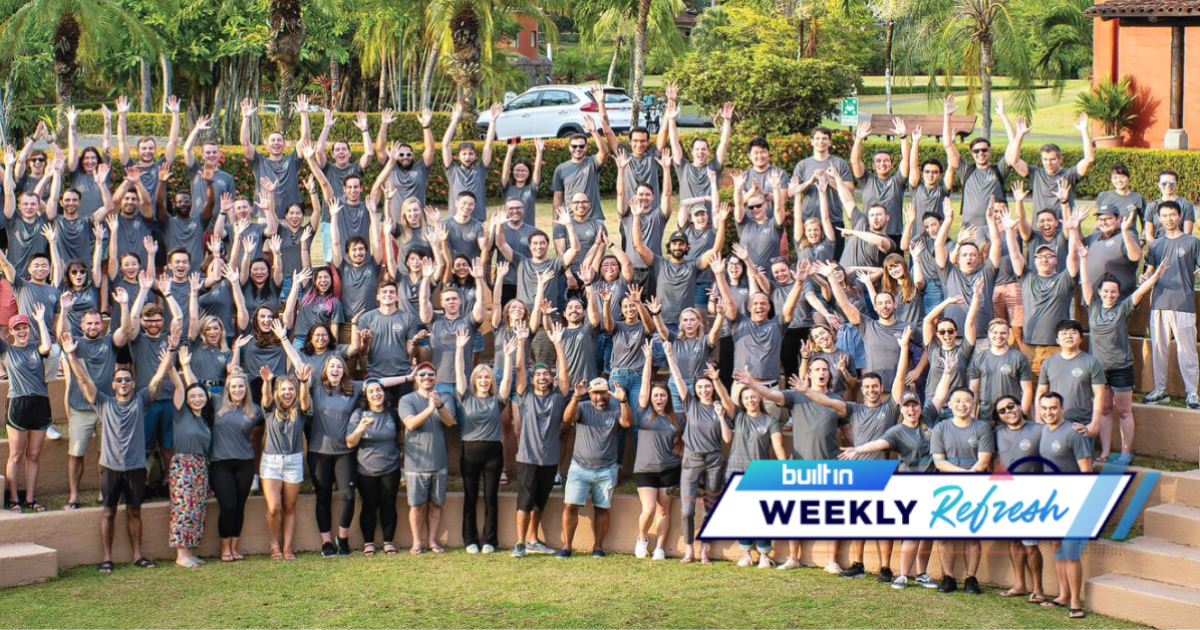