1. Who the hell knew local radio college football broadcasters were supposed to be professional? I certainly didn’t know that was the case.

Local college football broadcasters don’t call a game. They provide a three-hour rah-rah session for fans of the team.

But Texas Tech’s radio crew crossed the line in the eyes of the Big 12 during last Saturday’s game against Iowa State.

The radio team of play-by-play man Brian Jensen and analyst John Harris were downright apoplectic with the officiating that took place in the Red Raiders 41-38 home win. Check out the look on Jensen’s face when the refs overturned a Texas Tech interception (which Jensen called “bulls—” right before the official call).

That look is downright scary.

Jensen and Harris weren’t only relentless in bashing the refs, but they hurled some serious accusations, saying the the Big 12 didn’t want Texas Tech to win the game. Jensen also demanded that Big 12 commissioner Bob Bowlsby answer for the poor officiating. Oh, and at one point, Jensen decided to read aloud the name of every official working the game.

Jensen even complained about the calls on Twitter during the game.

Bowlsby, though, did not answer for the poor officiating. Instead, he suspended Jensen and Harris for Texas Tech’s game this Saturday against Oklahoma State.

“I understand the roles of the play-by-play and color analyst,” Bowlsby said in a statement. “However, as University representatives they also have an obligation to adhere to Conference policy regarding comments about game officials. The comments by the Red Raider Radio Network booth announcers were contrary to expected levels of respect and professionalism. Questioning the integrity of Conference officials and specifically calling out members of the officiating crew is well beyond appropriate and permissible behavior.”

Are Jensen and Harris guilty of these things? Yes. Do they deserve a suspension? No. A warning would have sufficed just fine. All the Big 12 had to do was tell them to never bash the refs like that ever again. There’s no need to sideline them for a game.

And something tells me they would’ve gotten a warning had they not mentioned the Big 12 commissioner by name during their rants.

Personally, I don’t think broadcasters in the NFL and college football call out the refs enough for being so lousy, so I got a huge kick out of Jensen and Harris going there. I was also mesmerized by the pure spectacle as they lost their minds over the calls. I think they cared about whether Texas Tech won or lost more than the Red Raiders players.

The longtime ESPN personality discussed his May departure from the company after 27 years. How does he feel about what went down? Does he regret revealing that ESPN wanted him to take a 61% pay cut? How weird was it to do some SportsCenter shows after announcing he was leaving ESPN?

Mayne also discusses what he’s up to know, how he navigated being political on social media while trying to follow ESPN’s guidelines, whether a sports-themed comedy show can work, what he tweeted his friend, Aaron Rodgers, after Rodgers got COVID-19 and much more.

You can listen to the podcast below or download it on Apple, Spotify and Stitcher.

You can also watch the SI Media Podcast on YouTube.

3. Like the Texas Tech broadcasters in the first item gave us great entertainment with their meltdown, Stephen A. Smith provided us with big-time performance art yesterday while ranting about Kevin Durant and Kyrie Irving.

5. Prediction: The Rock vs. Roman Reigns will happen at WrestleMania in 2023 from Los Angeles.

Speaking of the Rock, Traina Thoughts was delayed by about 30 minutes today after I got woozy from this.

7. RANDOM VIDEO OF THE DAY: Thanks to Programming Insider‘s Douglas Pucci for alerting me this morning that on this date in 1992, “The Contest” episode of Seinfeld debuted on NBC and “master of your domain” instantly became part of the lexicon.

Be sure to catch up on past editions of Traina Thoughts and check out the Sports Illustrated Media Podcast hosted by Jimmy Traina on Apple, Spotify or Stitcher. You can also follow Jimmy on Twitter and Instagram.

Tue Nov 23 , 2021
In a year full of as many ups and downs as there were twists and turns, it’s helpful to think of what you’re thankful for. Thanksgiving gives us an opportunity to honor the people who stand by us and show appreciation for the things in our lives that are good. […] 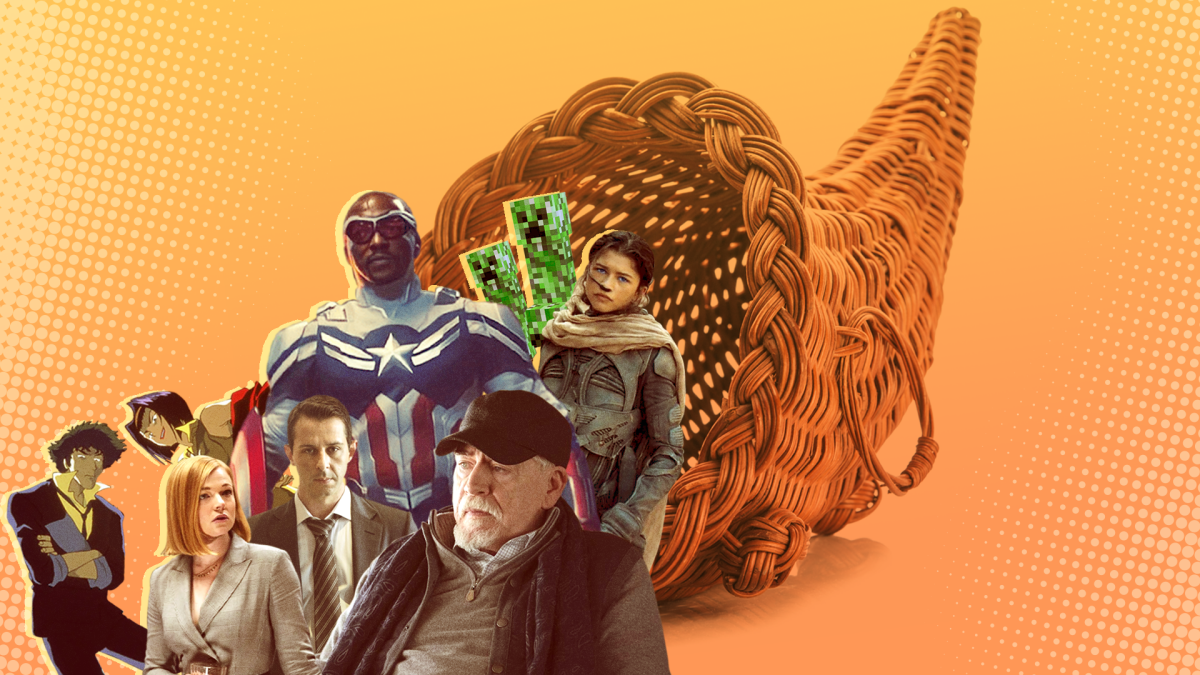