NORTH PORT, Fla. – Some who are following the investigation involving Gabby Petito and her fugitive fiancé, Brian Laundrie, are drawing parallels between the case and the murder of Kristin Smart from 25 years go.

The 22-year-old Petito’s body was discovered in Wyoming on Sept. 19 and her death has since been ruled a homicide. Officials have not yet announced how she died.

Petito’s mother, Nichole Schmidt, reported her missing in Suffolk County, New York, on Sept. 11, when she told authorities she hadn’t spoken to her daughter since 7 a.m. on Aug. 30.

At the time, Petito was supposed to have been with her fiancé, Brian Laundrie, traveling across the country and visiting national parks in her white Ford Transit van. But Brian returned to North Port, Florida, on Sept. 1 to the home where he and his fiancée had been living with his parents. Brian made it back to Florida with the van, but without Petito.

According to the woman’s family, Brian Laundrie never called them to say that his daughter was not with him. His parents then allegedly ignored phone calls and text messages from the Petito family, including one in which they told the Laundries they were going to call the police.

When police tried to speak with Brian, his parents allegedly “had papers at the door,” with instructions for police to contact their attorney, according to Joe Petito, Gabby’s father.

Investigators seized the white van on Sept. 11 and later executed a search warrant.

An attorney for the Laundries has said that after Brian returned to North Port, “a phone was purchased on September 4, 2021, and Brian opened an account with AT&T for that phone.” TMZ reported that Laundrie was spotted “with an older woman” inside one of the cell phone stores, though the woman was not identified.

Then, the attorney announced on Sept. 17 that Brian went missing on Sept. 14 after telling his family he was going to a local reserve. The family has since changed the date that Brian was last seen to Sept. 13.

Brian’s parents had not been physically involved in the extensive search for their son until Thursday, after law enforcement asked Chris Laundrie to assist in that day’s efforts, their attorney said.

Shortly after he vanished, authorities named Laundrie as a person of interest in connection with what was then Petito’s disappearance. On Sept. 23, the FBI issued an arrest warrant for Laundrie, accusing him of bank card fraud.

Brian Laundrie is still on the run but has not been charged directly with Petito’s death. Laundrie’s parents have not been arrested or charged in connection with the case.

Some following the case have said it is reminiscent of the May 1996 disappearance of Smart.

Paul Flores was the last person seen with a very intoxicated Smart on May 25, 1996, as he helped walk her to her dorm at California Polytechnic State University after a party, witnesses said. Prosecutors said he killed Smart while trying to rape her in his dorm room.

Her remains have not been found. In late September, a judge said Flores will stand trial on a murder charge in her suspected death, and his father faces trial as an accomplice for allegedly helping bury her body.

San Luis Obispo Superior Court Judge Craig van Rooyen said at the time that there was probable cause Paul Flores, now 44, killed Smart and that Ruben Flores, 80, helped dispose of her body.

Since the events related to the Petito and Laundrie investigations have unfolded, users have taken to Twitter to note some similarities. One user tweeted that the case reminded them of Smart’s “and how the Flores family aided their son.”

No one in the Laundrie family has been charged so far related to Petito’s death.

A representative for The Kentucky Fried Homicide Podcast described in a tweet seeing “a future for Brian and his family that’s similar to the lives that Paul Flores and his family have lived since the death of Kristin Smart.”

Prosecutors presented evidence that Smart’s body was once buried under a deck shielded by lattice behind Ruben Flores’ home. Prosecutors said the body had been moved from that location, and it’s never been located.

Traces of human blood were found under the deck along with stains in the soil and a disturbance in the earth the size of a human body, according to witnesses.

When Paul Flores first spoke with police, he downplayed his interactions with Smart at the party and on the walk home. He said she walked to her dorm under her own power, though other witnesses said Paul Flores was helping hold her up and that she had passed out earlier in the night.

And three days after Smart disappeared, Paul Flores had a black eye that he told police he got playing basketball. Friends disputed that account, and Paul Flores later changed his story to say it happened while working on his car.

As the manhunt for Brian Laundrie continues, authorities have spent days searching the T. Mabry Carlton Reserve in Venice, Florida, as well as Fort De Soto Park in Tierra Verde, where Brian saw his sister and camped with his parents Sept. 6-8.

Meanwhile, more than a dozen people have reported seeing Brian Laundrie — or someone who matches his description — in other parts of the country, including near the Appalachian Trail in North Carolina.

Fri Oct 15 , 2021
Explore new career paths that offer strong growth potential as well as the freedom to work independently right out of your home. Presented by Chase for Business. More people than ever are working from home these days. But even after the days of social distancing are over, there will always […] 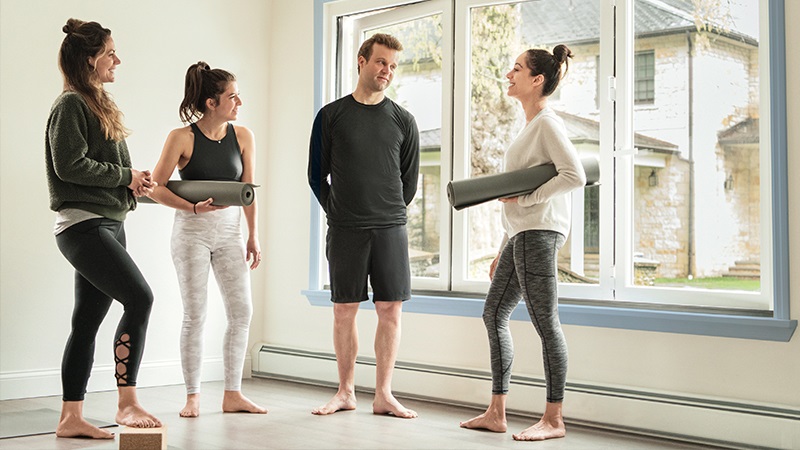