ESE Entertainment (TSX.V: ESE) (OTC: ENTEF) CEO Konrad Wasiela: ”10X Increase in Revenue Run Rate in 10 Months is Just The Start”
ESE Entertainment (TSX.V: ESE) (OTC: ENTEF) CEO Konrad Wasiela, a featured presenter at Wall Street Reporter’s NEXT SUPER STOCK investors livestream shared that revenues have increased to $25 million+ run rate – which is a ten-fold increase in 10 months. Konrad says this is just the beginning as his goal is building ESE into a billion dollar global e-sports enterprise. Wasiela shared that “ESE now has a growing e-sports M&A pipeline with over $100 million annual revenues” and expected to close a significant number of these potential transactions in the coming months.

AMC Entertainment Holdings (NYSE: AMC) CEO Adam Aron: “Movie Theaters – We’re Not Leaving!”
“…Thanks to rising attendance, increased ticket prices achieved both through mix changes, and actual price increases, storing food and beverage revenues per patron, a relentless focus on cost containment, and the pruning of marginal theaters from our network, our financial results in Q2 were well ahead of our own, and consensus third-party expectations. In short, AMC crushed it in Q2….”

Roblox Corporation (NYSE: RBLX) CEO David Baszucki: ”Immersive Advertising is Enormous Opportunity”
“…We’ve historically started with younger players. And now we see growth in two areas: One is the existing Roblox player base is growing up with us. So that is a retention opportunity to bring them with us. But we also bring other people in. Squid games, the concerts, both examples of events that we believe most likely reached some new audience. In the case of Squid Games looking for — and that’s singular Squid Game, people looking for a place to experience that brands side-by-side the awesome show. And so they came to Roblox where they could see that. So, I do believe those things add to the retained people that come into our platform and stick with us and bringing new older players to a platform…”

“…Advertising is an enormous opportunity, and at the same time our vision for advertising is immersive, it’s native, it’s around high-quality experiences and over time, we’ll be working on rolling out. But the standards around this, how this is supported globally and we do think there’s an interesting and big future and at the same time, a very high-quality branded advertising type future…”
Roblox Corporation (NYSE: RBLX) Earnings Highlights: https://bit.ly/3oeGu42

“…We delivered our highest ever Q2 revenue of 720 million, up 59% year-over-year and record Q2 bookings of 712 million, an increase of 37% year-over-year….As we look ahead, we are incredibly excited by our positioning within the dynamic and fast-growing interactive entertainment sector and the multiple catalysts that we have in place to deliver strong top-line growth and margin expansion in the years ahead. Execution of our multi-year growth strategy enables Zynga to drive recurring organic growth from our expanding live services portfolio and new game pipeline. In addition, we are investing in hyper-casual games, cross-platform play, international expansion and advertising technologies, all of which have the ability to meaningfully increase Zynga’s total addressable market and further enhance our competitive advantage and growth potential within the interactive entertainment industry..”

“…We remain incredibly excited by the ongoing growth trends within Interactive Entertainment as well as Zynga’s unique position as one of the leading mobile game developers and publishers in the world. Our investments to-date have added meaningful scale to Zynga’s portfolio while also expanding our studios, enhancing our platform capabilities and amplifying our collaborative culture…While we are navigating some short-term market dynamics, we remain confident that ongoing execution of our multiyear growth strategy will position us for continued top-line growth and improved operating leverage in the coming years…”.

Wall Street Reporter (Est. 1843) is the leading financial news provider, focused on giving investors direct access to CEO’s of promising, publicly-traded companies, and market experts. www.WallStreetReporter.com. Nothing in this news summary shall be construed as investment advice. Quotes/content may be edited for brevity and context.Full disclaimer, and relevant SEC 17B disclosures here: http://bit.ly/39kkE7K

Wall Street Reporter’s NEXT SUPER STOCK Live! conference is dedicated to featuring select companies that have near-term catalysts in place which can drive transformational growth (and stock appreciation) in the months ahead. Click here to join next livestream event: https://www.wallstreetreporter.com/next-superstock-online-investor-conference/

Sat Nov 27 , 2021
An Oakland-based computer scientist and standup comedian is Monday’s returning champion on Jeopardy!, and she’s hoping to champion trans awareness while also making a bit more money to pad her already considerable total. Amy Schneider is not the first openly trans contestant to appear on Jeopardy! in the post-Alex Trebek […] 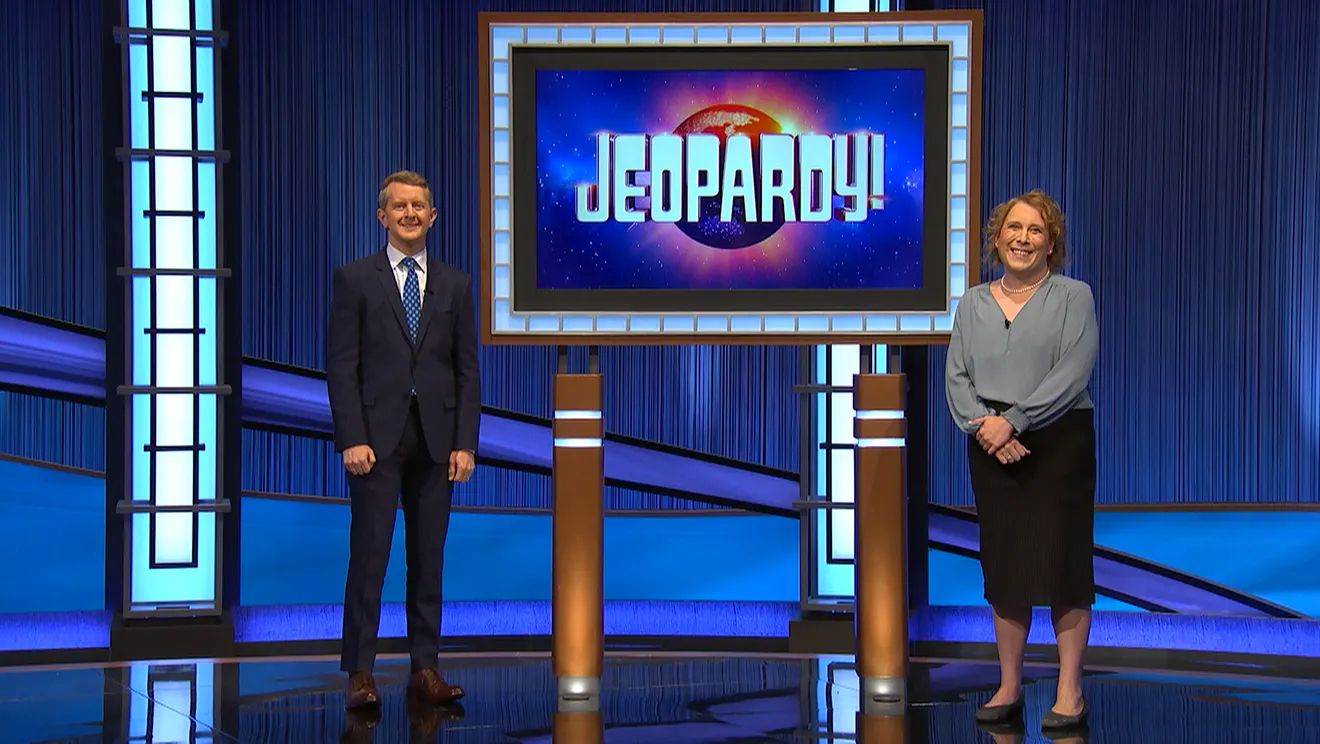