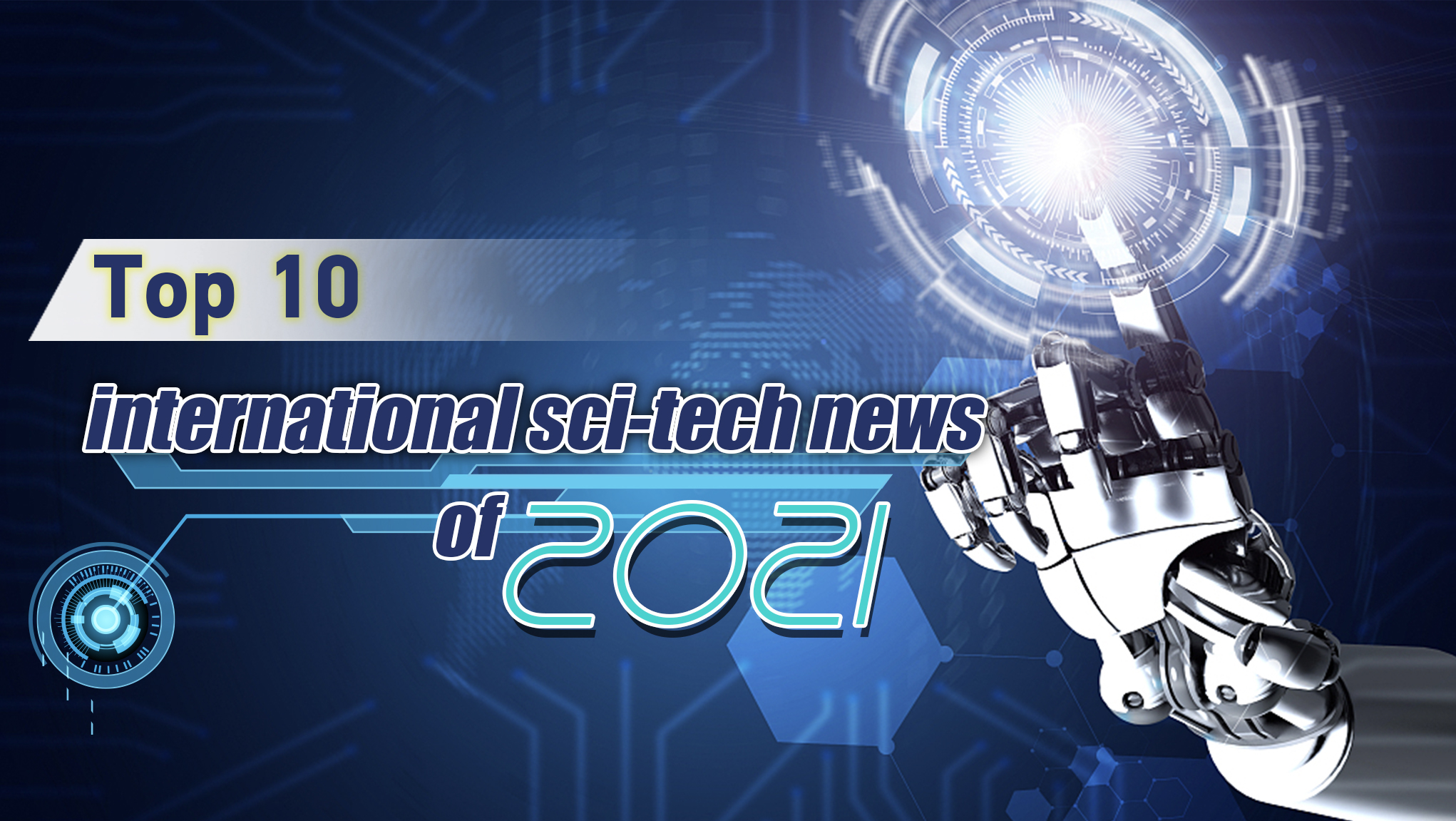 The China Media Group released on Monday its list of this year’s top 10 science and technology news from around the world. It includes major events and breakthroughs, such as the availability of the FAST telescope to global scientists, China-Russia cooperation on international moon base and workings of AI system AlphaFold. Here’s the list. 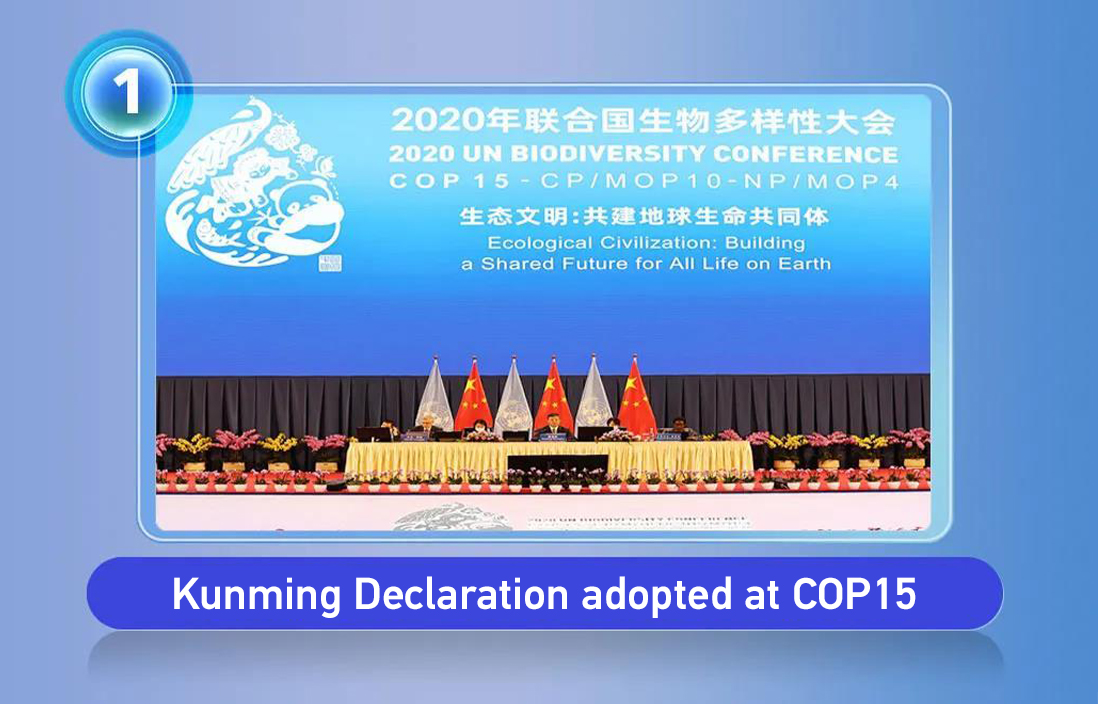 The first part of the COP15 UN Biodiversity Conference was held from October 11 to 15 in southwest China’s Kunming City. The conference saw the adoption of the Kunming Declaration. It commits to securing an effective post-2020 global biodiversity framework, reversing the current loss of biodiversity, and ensuring that biodiversity is put on a path to recovery by 2030.

2. AI system AlphaFold predicts how proteins fold to get their 3D shapes 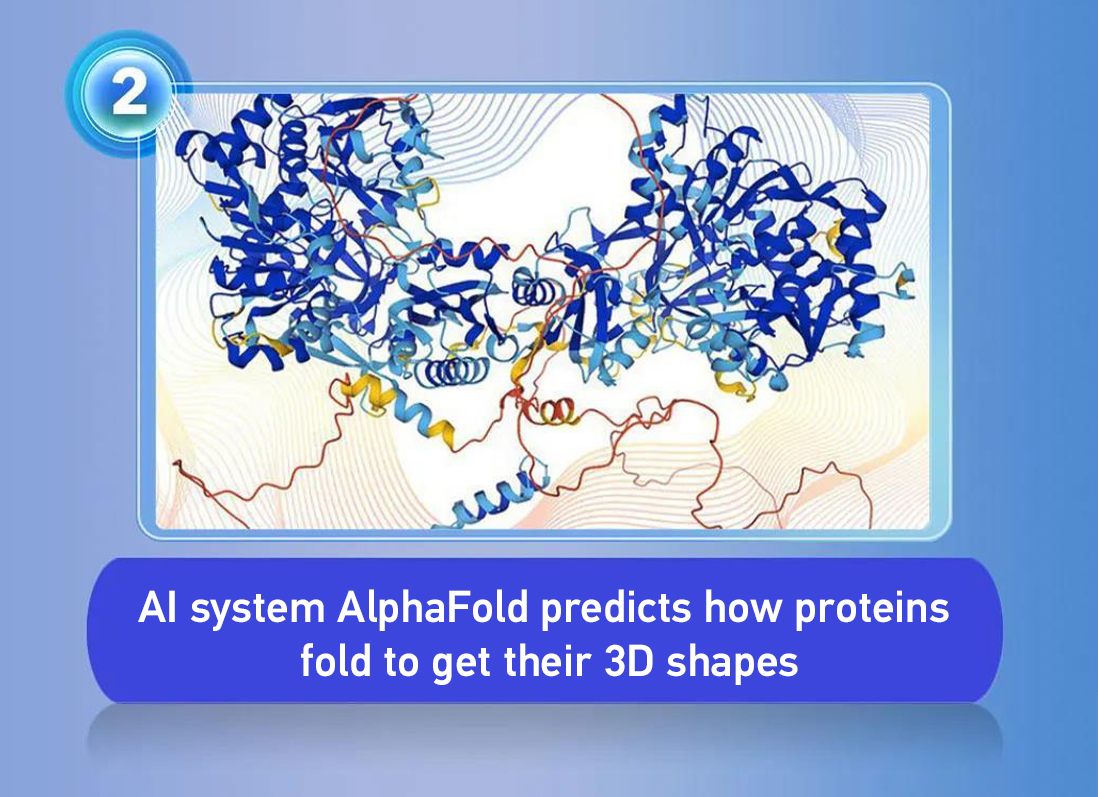 An AI system has solved a 50-year-old protein folding problem in hours. AlphaFold, created by DeepMind, can rapidly and accurately predict how proteins fold to get their 3D shapes. This complex problem had troubled researchers for decades. The breakthrough will help scientists design drugs and understand diseases.

3. Scientists publish the largest-ever 3D map of the universe 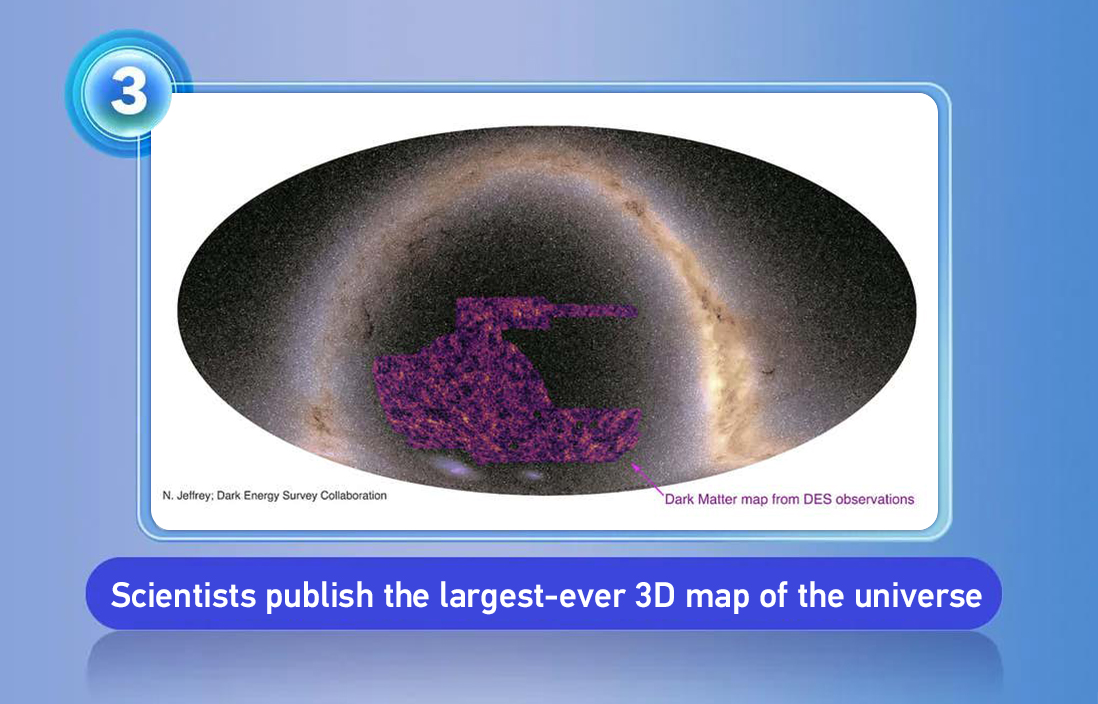 The team behind the Dark Energy Survey (DES) published the largest-ever 3D map of the universe in July. The map relies on the latest observations of a six-year long DES project. It reveals a complete expansion history of the universe over billions of years.

4. China and Russia team up on international moon base 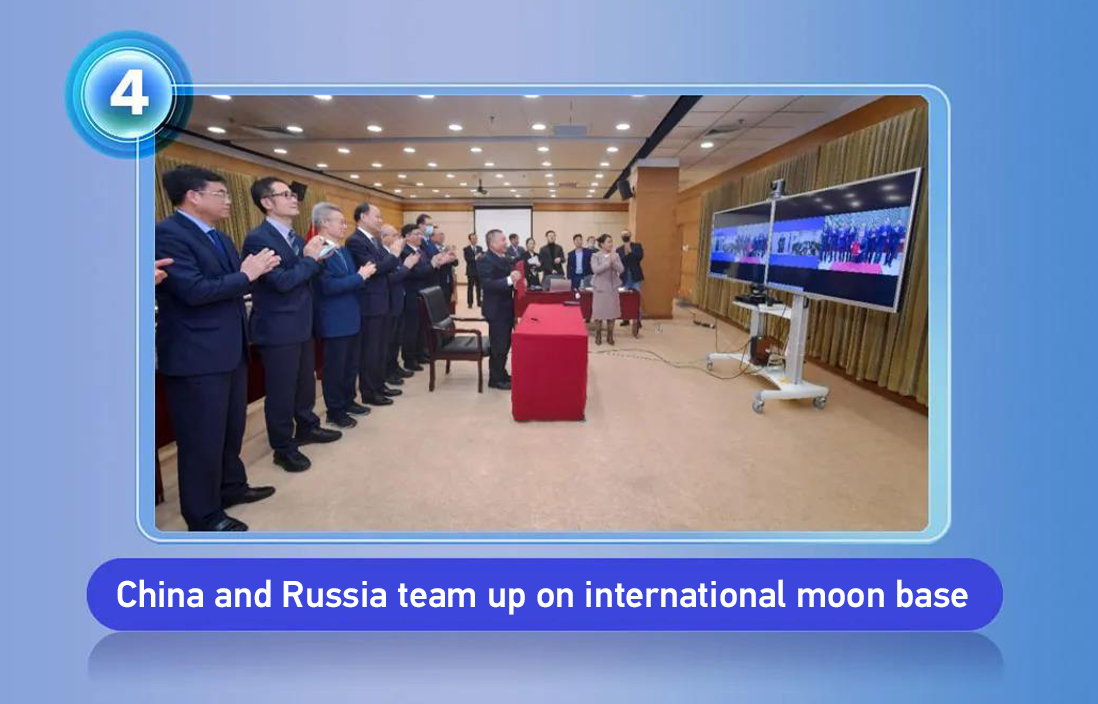 China and Russia revealed their road map for a joint International Lunar Research Station (ILRS) in June. The plan guides their collaboration and development in the project. Chinese and Russian space officials noted that the ILRS might involve other stakeholders, other countries and private organizations. 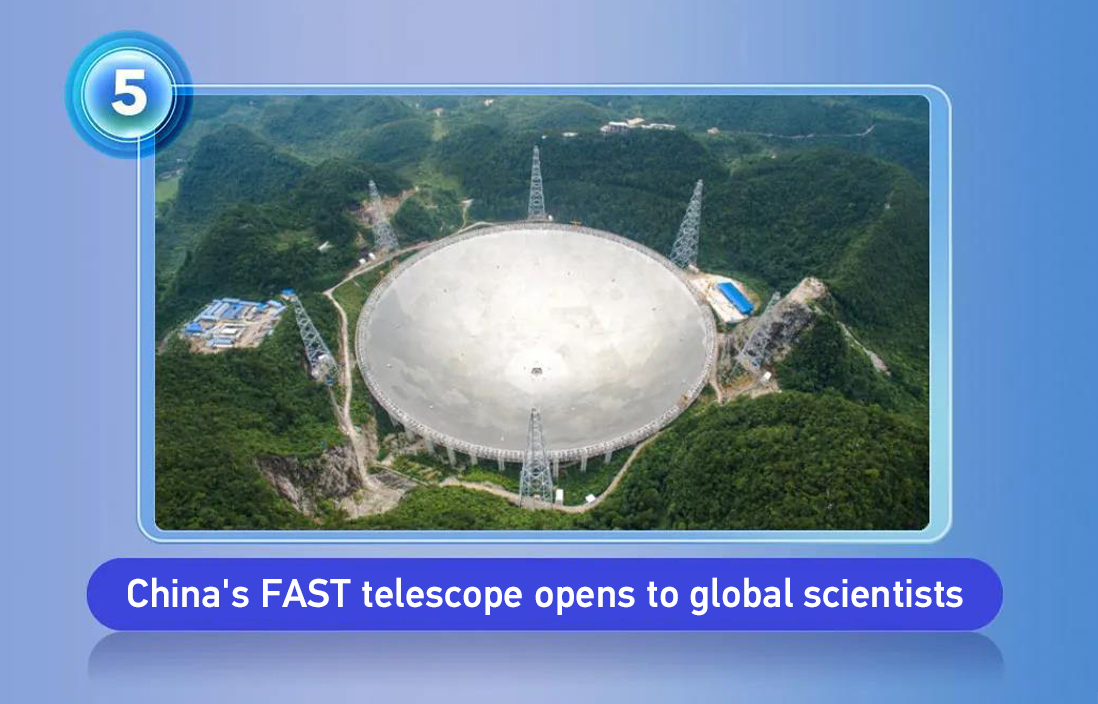 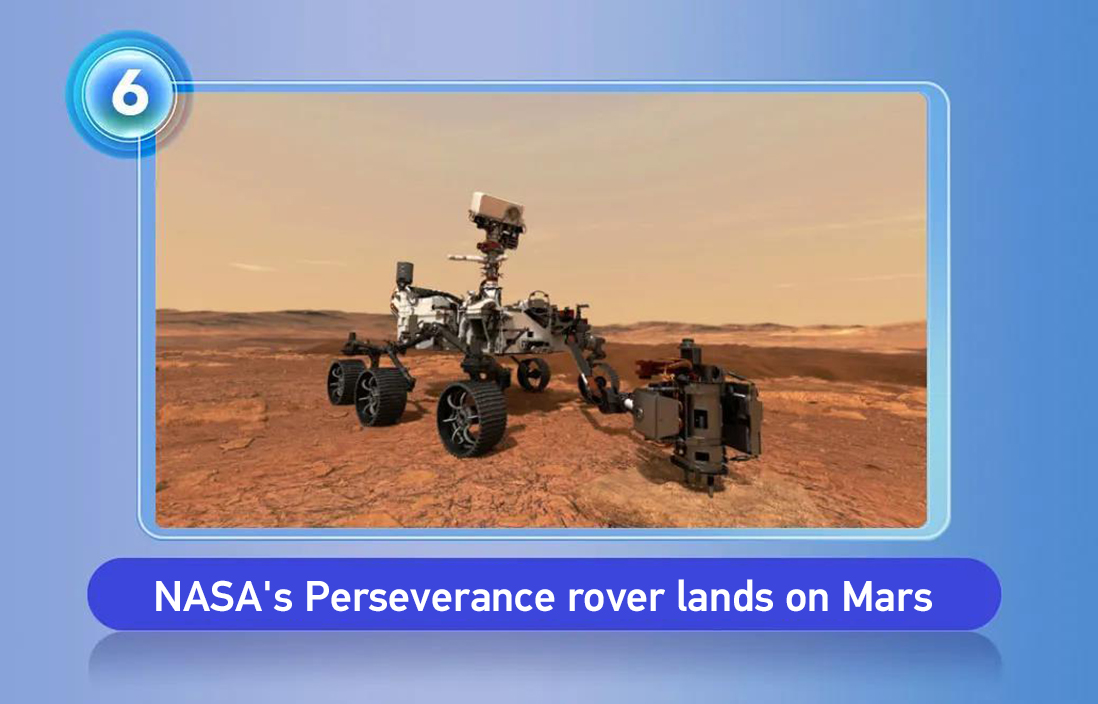 Perseverance, the biggest, most advanced rover ever sent into orbit by NASA, became the ninth U.S. spacecraft to successfully land on Mars in February. The six-wheeled rover had survived its perilous descent and arrived within its target zone inside Jezero Crater, a 45-kilometer-wide basin located on the planet’s northern hemisphere. 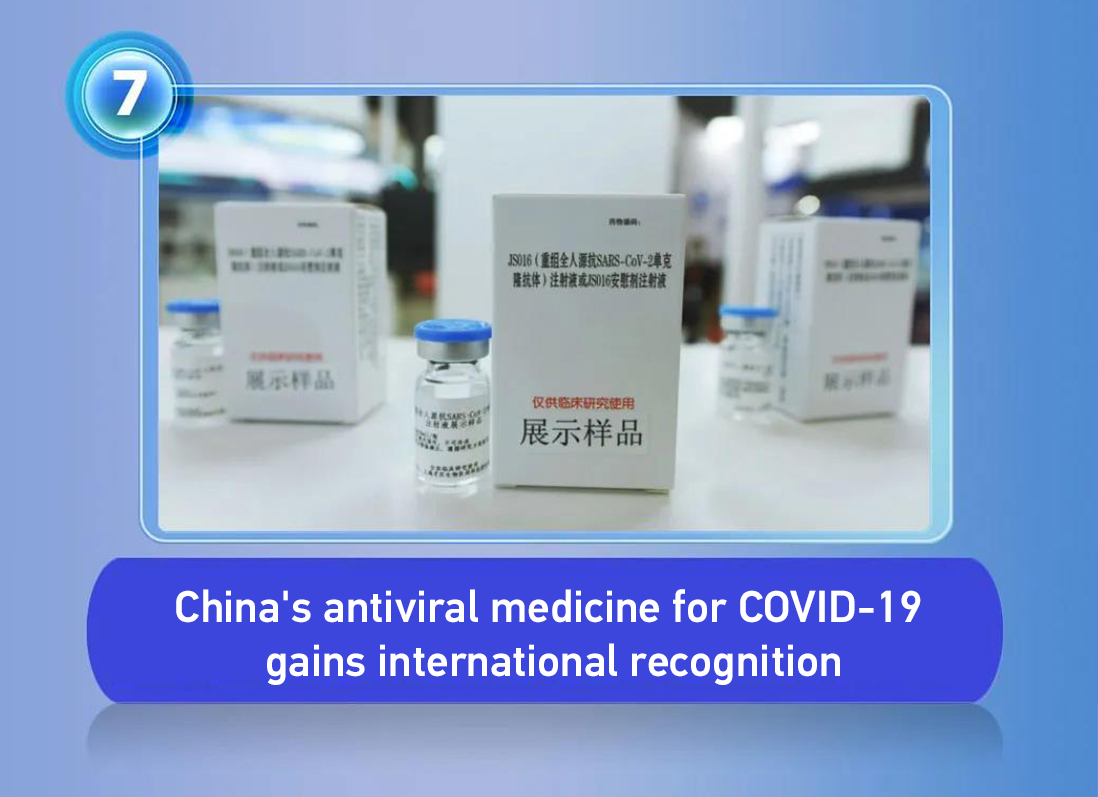 The Institute of Microbiology under the Chinese Academy of Sciences has developed an antiviral medicine for COVID-19, called JS016. The medication has been used for emergency treatment both domestically and overseas. 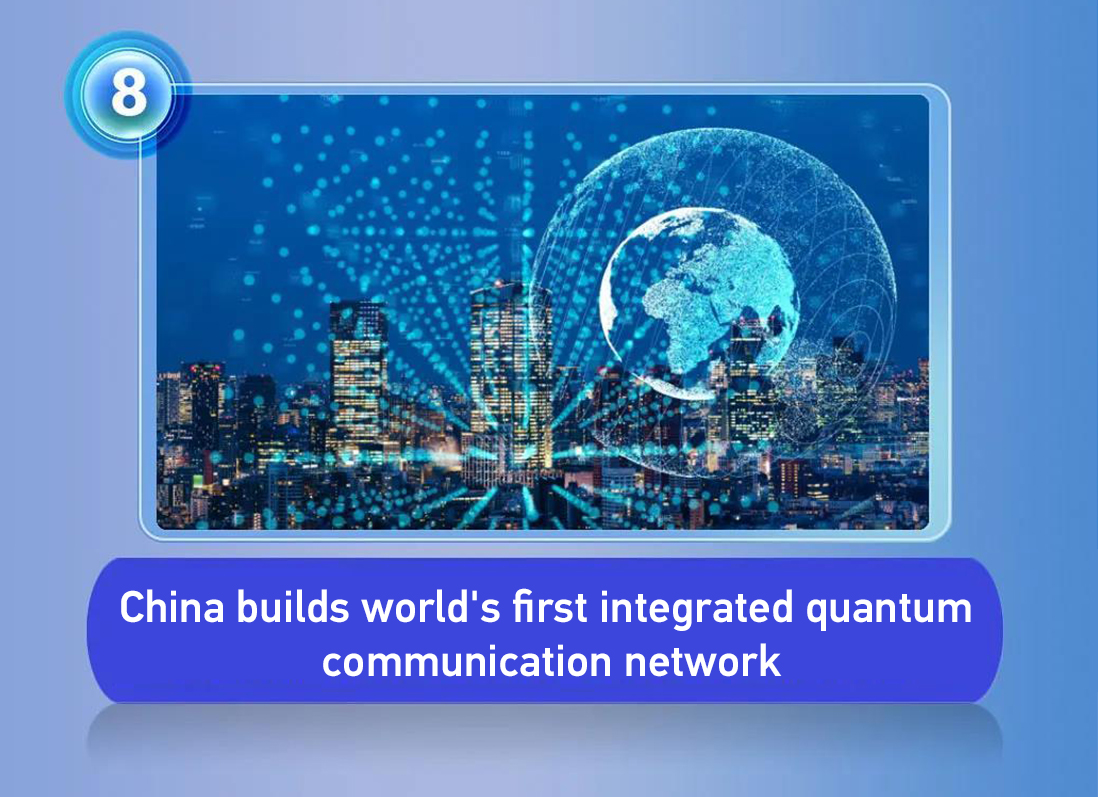 Chinese researchers have made a crucial breakthrough in quantum communication, boosting the future development of secure satellite-based long-distance and global quantum communication networks. The network enabled the direct transmission of confidential information among the users connected by the network for the first time. 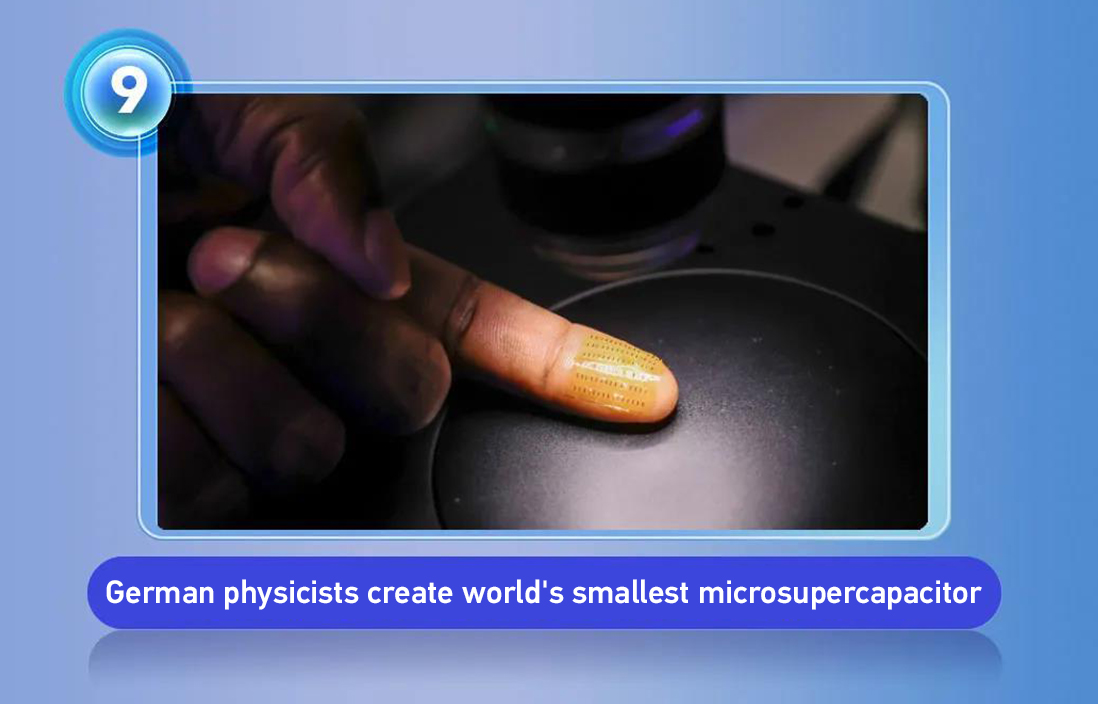 German scientists have developed what they say is the smallest microsupercapacitor in the world. Measured 0.001 cubic millimeters, the microsupercapacitor is being used in artificial blood vessels and can be used as an energy source for a tiny sensor system to measure pH. 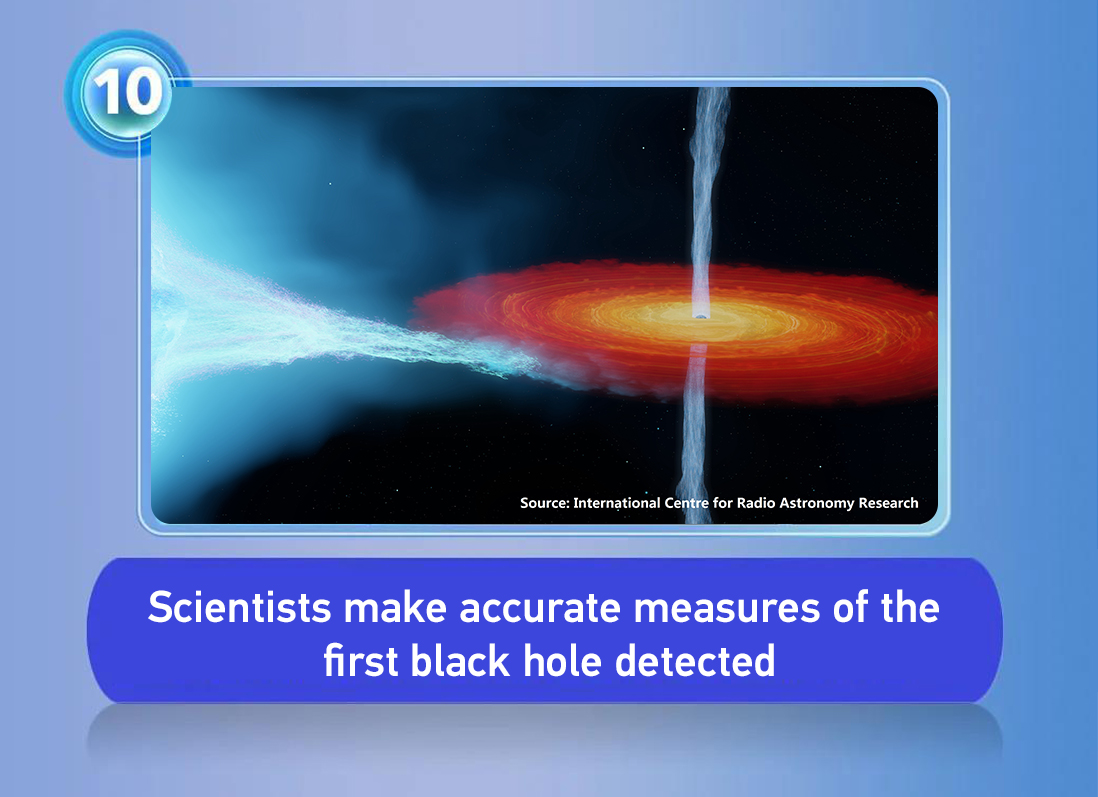 Astronomers from China, the U.S. and Australia have reported new observations on the first black hole ever detected, according to research published in February. Named Cygnus X-1, the black hole system contains a stellar-mass black hole with a 21 solar mass that rotates at a speed close to the speed of light, according to the study.

(CGTN’s Guo Meiping and Yu Peng contributed to the story.)

Sun Dec 26 , 2021
2014 This was a big year for the Clooneys. The pair got engaged and then married, spending their honeymoon “camping out in the unfurnished rooms” of their recently purchased property situated on the English island of Sonning Eye on the Thames, Amal told Vogue in 2018. The couple reportedly paid […]