Ultimately, staff turnovers are inevitable. Harris should be given the leeway to hire advisers and staffers she knows and trusts and who fully understand her and how she operates so that she can best serve the president’s agenda and the needs of the American people.

‘Get her out of the stagnation associated with Washington’

Michael Starr Hopkins is a Democratic strategist who has served on the presidential campaigns of Barack Obama, Hillary Clinton and John Delaney.

Female politicians are overly scrutinized. It’s an unfair reality. The only way to counteract that cruel truth is to take more political risks and interact with more voters. Kamala Harris should use the midterms as an opportunity to hit the campaign trail and find her voice. Authentic moments have been few and far between for the vice president, so the goal should be for her to drop the notes and allow herself to be in the moment. It’s no mistake that she’s risen through the ranks and made history in such incredible fashion; she is supremely talented. But, from the moment she walked off stage at her presidential launch rally, she hasn’t been able to find her voice. Now is her best chance.

Midterms are a perfect opportunity to remind voters how Vice President Harris ascended to become the first female vice president and why she is next in line for the presidency. Stumping for young, fresh-faced candidates — like Mandela Barnes in Wisconsin or Malcolm Kenyatta in Pennsylvania — would not only be good for Harris’ brand, but it would get her out of the stagnation associated with Washington and create a new, more positive narrative.

People just hate politicians who read as inauthentic — and Kamala Harris has been steadily exuding that more and more since the first Democratic presidential debate. She needs to figure out who she really is by doing an audit of her closest friends and family and the advisers who got her to the Senate — not the ones who have been working with her as VP. That means a lot more people who knew her well in California, like Ace Smith, and not people who have gotten to know her in the nation’s capital. Some of this can happen right now with staff departures and reshuffles already in the works; it’s actually the perfect time.

Then, she needs to lean in to whoever or whatever that Kamala is — warts and all. It may be that people won’t like that version of her, either. But at least they’ll trust that they’re seeing the real her. As it is, she has developed a reputation for shifting with political winds too much — rejecting her background as a tough prosecutor, for example, which with concerns about rising crime might actually help her.

That audit should focus on non-political qualities and abilities, too. People think it’s sexist to say she might do better by guesting on a cooking show and making jerk chicken, but male politicians have gotten a lot of mileage out of cooking and food-related things, too. (Fun fact: The Harris Teeter in Arlington used to give out free cookbooks stacked with recipes from people like Tom Daschle and Joe Lieberman — it’s actually our family’s favorite and most-used cookbook.) I don’t know if she’s into sports, but that also works. Obama got so much traction and love from people who were not political at all, and not die-hard Democrats, because of his interest in and willingness to talk basketball. The March Madness basketball brackets we ran as part of the 2008 John McCain campaign were massively successful. A lot of people loved that former Secretary of State Condoleezza Rice wasn’t just a very smart lady with amazing foreign policy chops, but that she could also play the piano like a virtuoso and was really into football. Voters care about the person and whether they’re three-dimensional and likable. Policy really isn’t what they concern themselves with.

One other concern I hear a lot about Harris is that she’s just not ready to take over as president. So, use this time to get deeper into foreign policy and defense, two areas that are really core to the job of being president. Immigration policy and practice is important. So are voting rights. But neither speaks to the job of being president the way that deeply immersing herself in China issues and policy would.

Charles Ellison is a political strategist and talk-radio producer and host.

Clearly, current reporting on Kamala Harris contains elements of a very well-coordinated smear campaign that is unprecedented in its scale and level of obsession with the inner workings of a vice president’s office. What elected official isn’t a difficult boss?

Mon Dec 13 , 2021
Medical school applications and enrollments skyrocketed to record highs during the 2021-22 school year across the US, especially among underrepresented minorities, according to the Association of American Medical Colleges (AAMC).  Applications typically rise and fall by 2% or 3% for the past 20 years, but for the 2021-22 season, they increased by […] 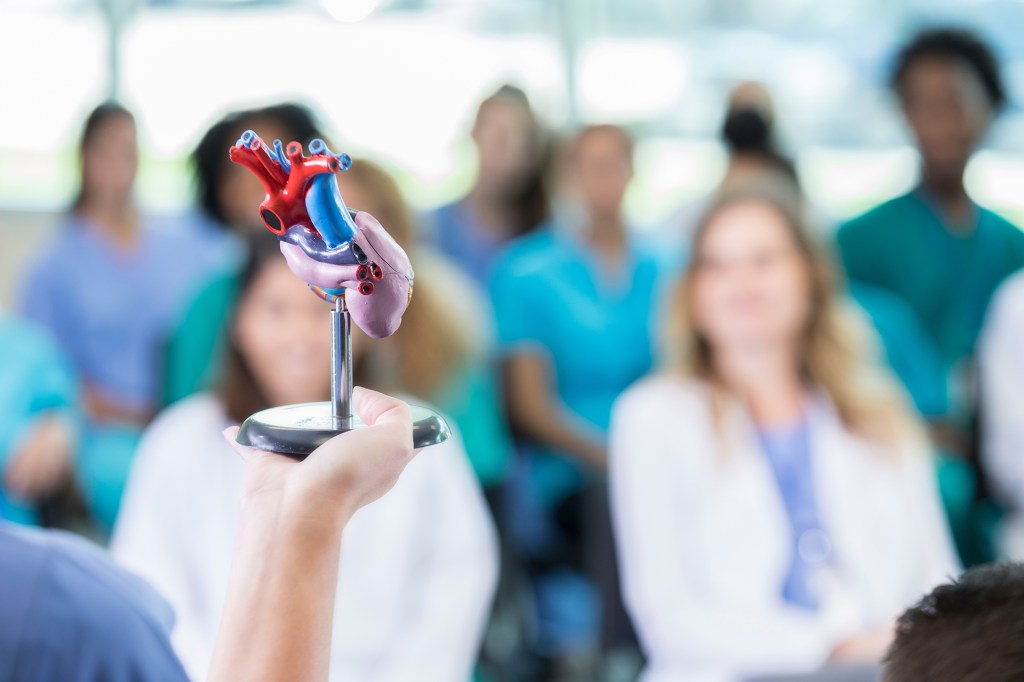