Farhan Akhtar began his journey in the Hindi film industry in 2001 with Dil Chahta Hai and since then has given his fans several reasons to rejoice. From writing and producing to directing and acting, the multi-talented personality has worn many hats and with panache. On Farhan’s birthday, we decided to list down five reasons why we’re thrilled to see the actor return to the director’s chair.

Mahesh Babu’s elder brother and actor Ghattamaneni Ramesh Babu passed away on Saturday, i.e. January 8.  Family in a statement confirmed the same. “It is with deep sorrow that we announce the passing of our beloved Ramesh Babu garu. He will continue to live on in our hearts forever.  We request all our well-wishers to adhere to the COVID norms and avoid gathering at the cremation venue. – Ghattamaneni Family.”

Arijit Singh and his wife test positive for COVID-19

On Saturday, singer Arijit Singh took to his Facebook handle and informed he and his wife tested positive for COVID-19.

Hrithik Roshan penned an appreciation note after binge-watching ‘Decoupled’. He wrote, “A feel good Indian Sitcom after ages..#Decoupled made for one happy watch. Witty, Sarcastic yet Straightfroward. My friend @actormaddy. I’m in awe at the beauty with which you slip into complex characters. @surveenchawala Take a bow! Yet another gem from Hardik Mehta. Congratulations to the team. I thoroughly enjoyed watching.” Vicky Kaushal took to Instagram to sing praises for Aanand L Rai’s Atrangi Re starring Sara Ali Khan, Akshay Kumar, Dhanush. Sharing a poster on his Instagram story, Vicky Kaushal wrote, “Kitni pyaari film hai… mazaa aa gaya! @saraalikhan95 such a difficult role to play and how wonderfully you have surrendered yourself to it. @dhanushkraja absolutely genius. @akshaykumar Garda uda diye! @aanandlrai Cast me in your next film Sir, please!”

Jacqueline Fernandez grabbed the eyeballs after her mushy pic with Sukesh Chandrasekhar got viral. And now, the actress has released a statement stating that she is going through a rough patch at the moment. Jacqueline added that she hopes that justice will prevail soon.

Pinkvilla has exclusively learnt that Ajay Devgn, who will be seen playing the lead in Bollywood remake of action-packed, thriller and Tamil film Kaithi, will begin shooting for the same next week. “Ajay had given dates for another movie, a mystery thriller-drama (and remake of a superhit south movie). This was the sequel of another movie that Ajay had acted in earlier. The mahurat of the film was to happen on January 7, followed by Kaithi’s mahurat a couple of days later. But the shoot of that movie got postponed due to various reasons. Instead of wasting those dates, Ajay asked his team to shift them for Kaithi – which was to be shot from mid-January anyways,” a source told Pinkvilla

The senior actress took to social media to share the news and revealed that she has been hospitalised after testing positive for COVID 19. Nafisa wrote, “Guess what I have ! A lucky number 7 bed !! High fever and throat congested but doing better with my super medical team in Goa. Hope to be allowed home in a few days for self isolation….#covidpositive”

It’s been a white since Dia Mirza had embraced motherhood and became a mommy to baby boy Avyaan. While the former beauty queen is often seen sharing adorable pics and videos of the little munchkin, Dia made the headlines today as she made her first public appearance with Avyaan today as the mother-son duo stepped out in the city. Days after conman Sukesh Chandrasekhar admitted dating Jacqueline Fernandez, an intimate pic of the two has been leaked speaking volumes about their relationship. In the pic, Sukesh was seen kissing Jacqueline while the actress was flaunting the hickey on her neck. As Aamir Khan and Naga Chaitanya will be seen sharing the screen space for the first time in Laal Singh Chaddha, the makers are in awe of their onscreen chemistry. As a result, the makers are reportedly planning to add more scenes of the duo in the movie now. “After watching the first rush of the film, especially the scenes featuring Aamir and Naga, the makers were taken by surprise with the way they have turned out to be. Unanimously, filmmaker Advait Chandan and writer Atul Kulkarni feel Aamir and Naga’s on-screen chemistry is one of the biggest USPs of the film and so they mutually decided to incorporate more scenes of the actors that would benefit the film making it all the more interesting,” the source added.

Taking to micro-blogging site Twitter, Madhur Bhandarkar revealed that he has been tested positive for COVID 19 and is in home quarantine. He tweeted, “I have tested positive for Covid. Been Fully vaccinated but experiencing Mild symptoms. Have isolated myself. Those who came in contact with me, kindly get yourself tested. Please be safe & follow covid-19 protocols”.

I have tested positive for Covid. Been Fully vaccinated but experiencing Mild symptoms. Have isolated myself. Those who came in contact with me in kindly get yourself tested. Please be safe & follow covid-19 protocols

Taapsee Pannu and Tahir Raj Bhasin starrer Looop Lapeta, which took the digital route for release, has finally got a release date. Sharing the poster on social media, Taapsee revealed that her movie will be releasing on February 4, 2022.

Taking to her Instagram handle, Neha Dhupia shared a beautiful glimpse of her pool day with her husband Angad Bedi and kids. While the happy moments left the fans in awe, Neha made the headlines as she unveiled her son’s name in the caption as Guriq Singh Dhupia Bedi.

Amy Schneider is first woman to win more than $1 million on 'Jeopardy!' : NPR 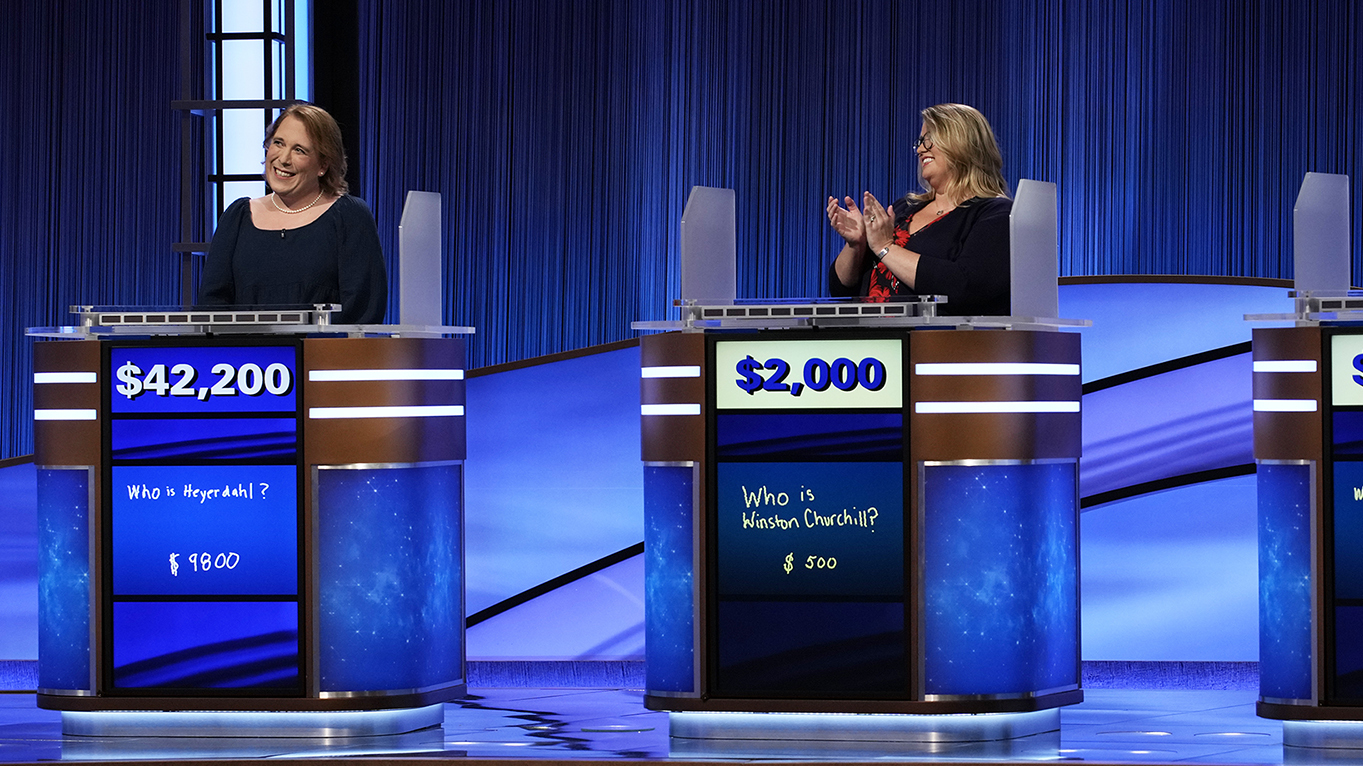