SHENZHEN, China, Nov 29 (Reuters) – Life used to be good for Jerry Tang, who left his rural hometown in 2014 to become a real estate agent in Shenzhen – China’s tech megacity and one of the world’s hottest property markets.

“It’s definitely much harder to sell this year,” he said. “Buyers are waiting to see what happens with the market, while developers are cash-strapped, they are taking time to pay commission to agents.”

In Shenzhen – home to 17.6 million people and firms like gaming powerhouse Tencent Holdings Ltd (0700.HK) and telecommunications giant Huawei Technologies (HWT.UL) – some smaller realtor offices have closed. Eight real estate agents Reuters spoke with also say at least a third of their colleagues have either left the industry or are thinking about it.

Lianjia, a major realtor, plans to shut down a fifth, or about a hundred, of its offices in Shenzhen, financial news service Caixin reported in September, citing an internal memo. Lianjia and its parent company KE Holdings did not respond to requests for comment.

The lack of turnover in Shenzhen’s property market and the fallout on the city’s real estate brokers stems in part from deliberate policy efforts over the past year by local authorities to make apartment prices more affordable, including requiring higher down payments for second homes and capping resale prices.

But real estate agents say it also due to the current crisis of confidence hitting China’s property industry, highlighting just how extensively the sector’s woes are reverberating. If Shenzhen – emblematic of China’s meteoric economic rise over the past 40 years – is not immune, then few places in the country are.

China’s property market, which accounts for a quarter of GDP by some metrics, has been suffering unprecedented stress after policymakers this year introduced debt caps to rein in excessive borrowing by developers.

That in turn has helped lead to liquidity crises at developers such as China Evergrande Group (3333.HK), the world’s most indebted developer, and Kaisa Group Holdings (1638.HK). Both of them also happen to be headquartered in Shenzhen. Policymakers are, however, widely expected to stand firm on the new rules which are perceived as necessary reform.

Prices for new homes in Shenzhen fell 0.2% in October from a month earlier – their first drop this year – and in line with the national average. It remains to be seen, however, if Shenzhen’s property prices will suffer the more sustained, albeit still small declines that have hit some second-tier Chinese cities this year.

In its favour, the southern tech hub’s economy is not much smaller than that of fellow megacity Shanghai’s but Shenzhen has only a third of the land, ensuring strong underlying demand for apartments.

“Buyers are concerned about Evergrande and contagion, but in Shenzhen they know other developers would step in to finish projects if they had to,” Tang said.

For some, the tougher curbs and subsequent property market chills are a sign that speculative buying – often rampant in China as traditionally there have been few other investment options – could become a thing of the past.

“My parents’ generation could close their eyes and point somewhere to invest their money and get a great return – they could gamble,” said Lisa Li, who works in the investment industry and recently bought a small studio apartment but found the process nerve-wracking.

“Our generation can’t do that, we’d be in trouble,” she said.

That’s cold comfort, however, for Tang, 30, who says he is thinking of changing jobs.

“I need savings if I’m to find a girlfriend, and I’m supporting my mum back home.”

Wed Dec 1 , 2021
Whatever Brian Kelly told the Notre Dame players on his way out the door Tuesday morning, his final team meeting didn’t include the words, “It’s not worth it.” It didn’t need to. Kelly’s shocking actions spoke louder than any profound exit address. At perhaps the most storied sports program in […] 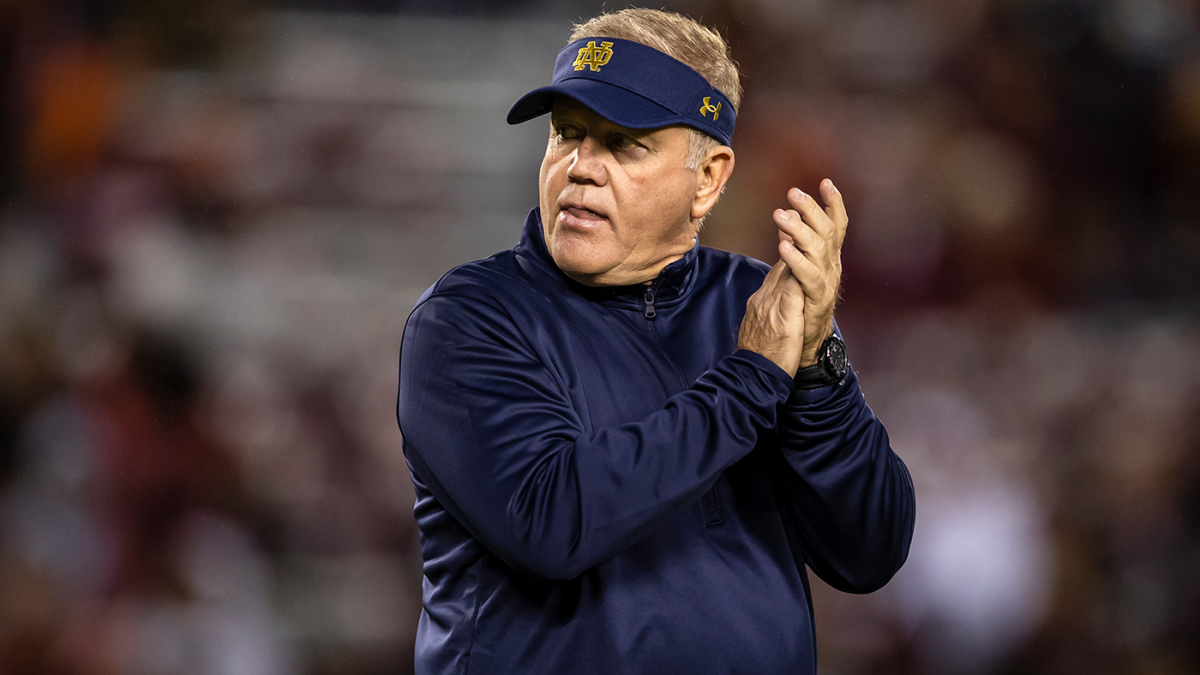