When the COVID-19 pandemic hit the Bay Area, many expected the real estate market to tank. While it certainly slowed for a bit as open houses were prohibited and residents stayed in their homes, it quickly picked back up, fueling a competitive market with low inventory and a strong set of buyers rethinking their living spaces. That continued into 2021 as the suburbs stayed king, demand outstripped supply, and, at least in the Bay Area, many residents have yet to return to an office. Now, with a still very uncertain future ahead of us, what’s next for the Bay Area housing market? We talked with local experts in the home buying and rental market to get their opinions on what’s to come.

Every real estate agent we spoke with agreed that 2022 is still likely to be a seller’s market in the Bay Area. Even as interest rates are projected to go up, the demand for homes will still be greater than the inventory, especially for single family homes, in the region. “In the history of United States real estate, being a seller in San Francisco right now is the single best opportunity you’re ever going to have in your lifetime,” said San Francisco real estate agent Aaron Bellings of Compass. “… I think San Francisco is going to have a banner year. If I was thinking about selling in the next 6 to 12 months I wouldn’t hesitate to put my house on the market.”

He said much of that demand is from buyers that were starting to look in 2021 and still haven’t found a place. “I see the spring being absolutely crazy again. I have buyers right now that are chomping at the bit to get in there and there’s nothing out there for them,” Bellings said. “It’s going to be a strong market.”

Nina Hatvany, a real estate agent in San Francisco for over 30 years, said the amount of quality, single family homes on the market is usually low in the city, but those houses are now in particularly short supply. Plus, between the continuing pandemic and the inevitable hike in interest rates, now is the time to put a home on the market. “It’s definitely a good time to sell,” Hatvany said. “… I would definitely take advantage since we don’t know what the future will bring.”

Khrista Jarvis, an East Bay Compass real estate agent, said the robust seller’s market translates into a tough buyer’s market — especially in the East Bay. “It’s frustrating to be a buyer in this market. There are multiple offers, bidding wars, paying $200,000 over asking is just the norm,” she said. “You have to be super competitive and sometimes make offers several times before you get a house.”

Jarvis said the region continues to be particularly hot for buyers from San Francisco as many are still looking for more space than they can get in the city.

The old adage says that if you’re going to put your home on the market, you better wait until after the Super Bowl. And you definitely can’t sell a home during the winter. Today, none of that holds true. “We’re going to go into a very strong season right away,” Jarvis said. “Usually the market waits until spring, but this year it’s going to start really early. Seasonality is out the window. I think it’s just busy all year round now. Even December. I thought I’d get a break for the holidays and that’s just not the case.”

Bellings said there is still some seasonality, just not in the way it exists in other major markets. “We really don’t have an off-season. It really just comes down to whether people are in town to actually look at and bid on the homes put on the market,” he said. “Usually we start to see pick up post-President’s Day, but I wouldn’t be surprised if things start to pick up mid- to late January this year.”

Everyone is watching interest rates

Interest rates are going up, it’s just a matter of when. If the Fed sticks to their plans, prospective buyers and sellers are going to have to keep that in mind in 2022. “It is going to create a sense of urgency,” Bellings said. “I’ve already had buyers reach out to me and say we need to make this happen before the Fed starts hiking rates. People are already starting to feel the pressure even though we don’t know when this is going to happen and how high the rates will go.”

For sellers, that means the time is now. “It would be wise to move quickly if you want to be in the driver’s seat when it comes to selling your home,” said Daryl Fairweather, Redfin’s chief economist. “For the second half of 2022, if mortgage rates increase, that could definitely put the brakes on demand and make it harder to sell a home.”

Even if rates creep up to 4%, that’s still historically low, especially for an area with as much wealth as the Bay Area has. “In other places I would expect the housing market to slow down significantly, but San Francisco is on a different trajectory,” Fairweather said. “There will be more demand for homes than there was this year. … What I think is the Bay Area will look more like the rest of the country in terms of how quickly prices grow, how many homes sell over list price.”

Rent will probably go up

As the home buying market reached new heights over the past year and a half, the rental market in San Francisco, Oakland and San Jose did the opposite. These Bay Area cities are some of the only places in the country where rent has yet to creep back up to pre-pandemic levels, even allowing San Francisco to lose its throne as the most expensive rental market in the country to New York, according to Zumper. Experts have speculated that’s due to the Bay Area’s embracing of remote work amid the pandemic, though many offices won’t stay closed forever.

“General inflation will probably push rent up eventually, but if offices keep getting pushed back that will still keep them down relatively,” Zumper data journalist Jeff Andrews said. “The fundamentals are all pointing to rent going up again.”

He also expects some of the seasonality of the rental market to return this year, after being more volatile since early 2020.

While Zumper found that New York City surpassed SF as the most expensive rental market in 2021, “San Francisco still stands out as the most expensive market on our platform,” said Rob Warnock, research associate at Apartment List. “But, the Bay Area is the last remaining place where there is a discount,” he said. “… That said, I think prices are going to go up again in the early parts of [2022].”

Warnock said since the Bay Area has been one of the places most amenable to remote and flexible work, it also could affect trends across SF neighborhoods. Prices in areas downtown, like SoMa, may still remain at a deep discount while more western neighborhoods like the Sunset may keep their slightly inflated rates.

Space is still a must

“Zoom rooms” and Peloton bikes became must-haves as the pandemic wore on, and none of the agents we spoke with saw that going away anytime soon. “I’m not seeing the desire for home offices or gyms go away at all,” Hatvany said. “It’s become a very locked-in thing. It’s a complete essential in ways that it never was.”

Hatvany has even seen some new “amenities” emerge — like being located near a Slow Street. She said just as parks are great nearby amenities for a home buyer, slow streets now hold the same desirability.

Outdoor space is still crucial for most clients, said Josh Dickinson, the founder of real estate agency Zip Code East Bay, and he’s even seeing more sellers get creative to upgrade that outdoor space. There’s even been a rise in ADU-like spaces, like upgrading a shed in the backyard that can be used as a multipurpose space.

Even with their confident predictions, there wasn’t one person that didn’t mention the feeling of uncertainty that still lies ahead as we continue into the next phase of the pandemic. “I think we’re all just anxious to see what is it all going to look like when we get back to the point where people are going back to the office and all the COVID numbers are declining,” Dickinson said. “It in some ways seems like we’re still a long way from there.”

Wed Jan 5 , 2022
Las Vegas got off to a fast start against Indianapolis on Sunday but the Colts scored consecutive touchdowns before and after halftime to take the lead. The Raiders, led by wide receiver Hunter Renfrow, used every second of regulation before a last-second Daniel Carlson field goal won the game for […] 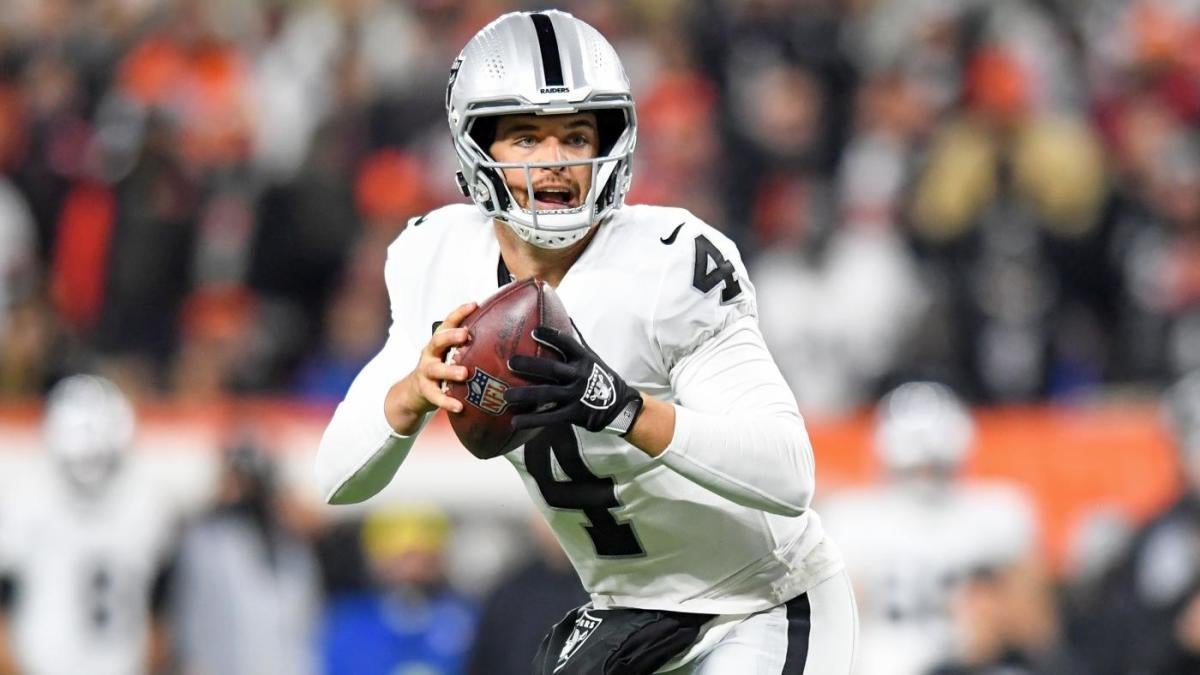