“This is angelic,” she said. “This is magic on such a profound level.”

Williams, who serves on the county’s civil court, didn’t get to see the ceremony in which Biden introduced Jackson. She was on the bench Friday, presiding over cases. But she described herself as being “over the moon” about the president’s choice to fill his first vacancy on the high court.

“She’s a real sister,” Williams said, noting that Jackson wears her hair in Sisterlocks. “A beautiful Brown sister. So smart, so eloquent … I have been beaming all day.”

If she is confirmed by the Senate, Jackson would become the third Black person and sixth woman to serve on the Court since its 1789 founding. The 51-year-old currently serves on the U.S. Court of Appeals for the D.C. Circuit.

On Friday, as the nominee was announced, those same women felt a profound sense of pride and appreciation for the decades of struggle of Black women to be seen and heard in the nation’s most important institutions. Even before Biden formally introduced Brown and her family at a brief ceremony, Black women were celebrating the historic moment.

“I was literally in my hotel room preparing to go down for breakfast and my cellphone started ringing off the hook … I have two cellphones and they both were ringing, so I knew something was going on,” said Janette McCarthy Wallace, the general counsel of the NAACP. “As a Black woman who was discouraged from going into the law profession because of the low numbers of Black women in the legal profession, this is especially gratifying to me to be able to witness this moment.”

The country’s first Black female judge was Jane Bolin, appointed in 1939 to family court by New York Mayor Fiorello LaGuardia. Bolin also was the first Black woman to graduate from Yale Law School. Her father, Gaius Bolin, was a lawyer and tried to dissuade his daughter from the aggravations of the legal profession.

She told the New York Times in a 1993 profile that she struggled to find work when she applied to law firms in Poughkeepsie, where her family lived. “I was rejected on account of being a woman, but I’m sure that race also played a part,” she said.

She went to work for New York City’s corporation counsel and, she said, was surprised one day when the mayor asked to meet with her — she thought to reprimand her — and instead announced, “I’m going to make you a judge. Raise your right hand.” Bolin served on the court for 40 years, retiring in 1978 when she reached the mandatory age of 70. She died in 2007.

Jackson, during her brief remarks, made a touching revelation about a Black female jurist who had inspired her. “As it happens, I share a birthday with the first Black woman ever to be appointed as a federal judge, the Honorable Constance Baker Motley,” Jackson said. “Today I proudly stand on Judge Motley’s shoulders, sharing not only her birthday but also her steadfast and courageous commitment to equal justice under law.”

Motley was nominated by President Lyndon B. Johnson in 1966. Mississippi Sen. James Eastland, chair of the Judiciary Committee, worked hard to block her path. Angered by Motley’s work fighting Jim Crow as a lawyer with the NAACP Legal Defense Fund, Eastland held up her nomination for several months.

In her autobiography, “Equal Justice Under Law,” Motley wrote about Eastland’s campaign against her nomination. “In a speech on the Senate floor, where he would be protected from libel and slander suits, Eastland said he opposed my nomination because he believed I was a Communist.” She also recounted constant slights and insults from the overwhelmingly White male legal community, including once at a dinner held by the circuit court conference being introduced as “Connie Motley who is doing a great job on the district court. In contrast everyone else had been introduced with a full-blown curriculum vitae.”

Taneisha N. Means, an assistant professor of political science at Vassar College, is frustrated that Motley’s struggle to be confirmed will probably echo 56 years later, as some Republican lawmakers and conservative activists use racist and sexist arguments to oppose Jackson’s nomination.

Even though Jackson went through confirmation hearings last year when she was elevated to the D.C. Circuit, Means said, “It rises to a different level when it’s a Supreme Court.”

“My anxiety and my fear really comes from wanting this Black woman to be supported, wanting her to be fortified,” she said. Means is excited for Jackson, but said she worries about the way critics on the right wield race and gender against diverse candidates “not in a way to say it adds value to the [court] but doing it in a way to tarnish them, to make them out to be unfit for the position.”

Means, whose scholarship has focused on Black women in the judiciary, notes that the path to the Supreme Court, narrow for any individual, is almost impassable for Black women. In modern times, most appointees to the court have come from the Ivy Leagues and have clerked for federal judges.

“If White men are overrepresented in the judiciary and they’re selecting who they want to work with in their offices, will they select people who look like them? Yes, unless they prioritize having diverse clerks,” she said.

Jackson clerked for Breyer, the justice she has been nominated to replace.

Supreme Court nominees also tend to come from the federal bench. Means said there are only 45 Black female federal judges out of more than 780 active federal judges. That’s in part because Black women are still fighting for equitable treatment in political parties and ideological groups, which tend to elevate the names for consideration.

Melanie Campbell, president and CEO of the National Coalition on Black Civic Participation and convener of the Black Women’s Roundtable, is among activists who have been publicly and privately pushing for a Black woman on the high court for more than a decade.

When she got the news alert Friday that Biden had officially announced Jackson’s nomination, “I almost drove off the road. I shouldn’t be driving and looking at my phone anyway.”

“It’s kind of like when the vice president was chosen,” she said, speaking of Vice President Harris’s historic selection. “You feel the weight of history of this moment and how long it’s been and suddenly realize that it’s really happening.”

“In the midst of all that’s going wrong, this is a bright shining moment in our democracy,” Campbell said.

Back in Texas, Williams said she was looking forward to watching the full video of Jackson’s remarks. After she left court Friday, she had to pick up her 9-year-old daughter from school, so she hadn’t had a chance to savor this moment.

Williams, 53, said that she is a first-generation college graduate and that she “didn’t know any lawyers or judges growing up. I watched them on TV.”

But her daughter has an abundance of role models. There’s Harris, who her daughter met in 2020 when Harris was campaigning in Texas. And, Williams adds, “she’s got 17, 18 aunties, that are all judges” she said, referring to that viral photo of the Harris County Black female judges.

“It’s just great for girls,” she said. “It would have been great for me, but it’s great for my daughter and all the other little girls. We’re over the moon down here.”

A previous version of this post misspelled the name of James Eastland, a U.S. senator from Mississippi. This post has been corrected.

In addition, a previous version of this post said the president introduced Ketanji Brown Jackson in a Rose Garden ceremony. The ceremony took place indoors. This post has been corrected.

How to Start a Food Truck Business Plan

Mon Feb 28 , 2022
Every business needs a plan — including food trucks. If you want to run your own food truck but don’t know where to start, here’s a guide that explains how to write a business plan in this industry. What is a Food Truck Business Plan? Business plans outline what a […] 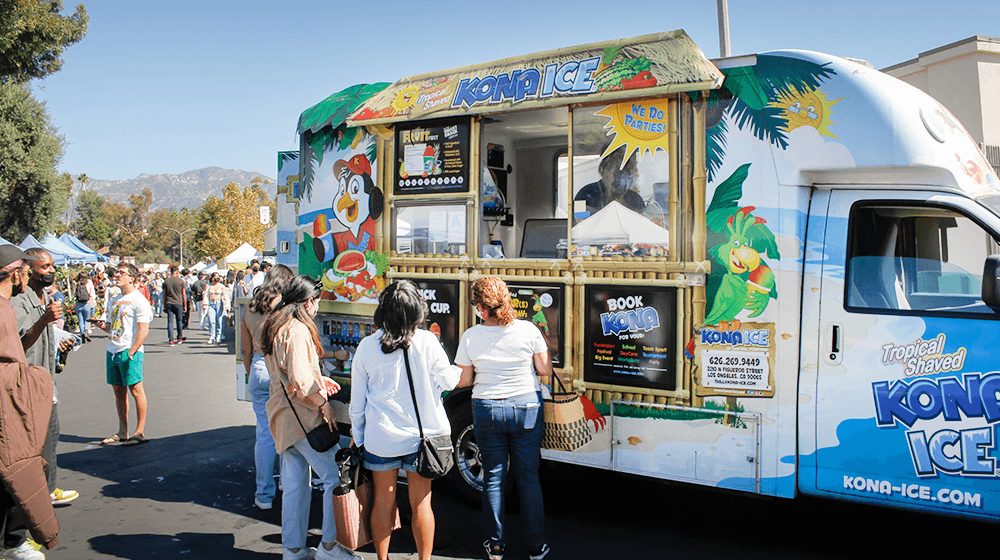