Julia Anderson has spent a lifetime absorbing financial trends, first as a farmer’s daughter growing up in Idaho and later in a career as a journalist.

If she’s learned one thing about investing it is this: It isn’t as hard as a lot people — including well-paid financial advisers — claim it is. She believes women especially have a critical interest in mapping out an investment strategy.

“I’m over-the-top passionate about women and financial literacy,” Anderson said. “Most of what I learned was from mistakes.”

She wants to share that hard-earned wisdom with other women. For most of her 26 years at The Columbian, she was the business editor, so she was already well versed in economic issues. But the end of a 17-year marriage when she was 60 threw her into a “wrenching emotional and financial transition,” as she put it, that inspired her to start a blog at sixtyandsingle.com.

From her blog, she branched into other ways of educating women about money — seminars, a 2018 self-published book “Smart Women, Smart Money, Smart Life” (available for $16.99 on her blog) and her “Smart Money” program on TVCTV, a community television station in Beaverton, Ore. She covers topics like divorce, marriage, Social Security, inflation, car buying and financial planning.

Although Anderson was a trailblazer in her career — she was the first woman to run The Columbian’s local news desk — she said she “wasn’t a feminist or a bra-burner.”

“I wanted to have a career and be in charge of my own life,” she said.

She said it’s important for women to take control of their retirement plans because most will ultimately end up alone, whether due to divorce or death of a spouse.

Women are more likely to end up in poverty as they age, she said. They need more money for retirement than men because they live longer, yet they earn less over their lifetimes. The gender pay gap becomes a retirement wealth gap, according to a study by the National Institute on Retirement Security.

“You have to be interested in not just saving but investing,” Anderson said. “Women are running the household budget. Retirement they leave to their spouses.”

As she figures it, women fall into three categories: those with lots of confidence in investing; those who are interested but unsure so seek outside advisers; and those who are not interested at all.

At her workshops, when she shares her investing-is-easy message, she often encounters backlash.

“I get a lot of emotional reactions from women who don’t agree with that. Some are angry,” she said. “No one ever told me investing was complicated. My mom did it. She was a farm wife. She was a very successful investor.”

She described her late mother, Helen Rose, as a “steel-magnolia type — petite, smart, with only a high-school education” who nonetheless built an outstanding portfolio.

Her mother, who died at 98, invested in companies she knew and liked, for instance, McDonald’s, whose hamburgers she enjoyed. And she didn’t panic when markets fell.

“It was one of Mom’s favorite sayings: ‘Oh, it’ll come back,’ ” Anderson said.

She traces her confidence to the example her mother set, as well as growing up on a family farm in Idaho. Anderson’s 4-H beef projects paid for her tuition at the University of Idaho. An homage to that era of her life, a branding iron, is mounted on a wall in her house on 20 acres between Woodland and Amboy in rural Clark County.

In college, Anderson majored in education. For a time, she was one of two white teachers at an all-Black junior high school in Atlanta, where she taught seventh-grade social studies and journalism. She also launched the school’s student newspaper.

She found she liked journalism more than teaching, so she shifted careers. She joined the staff of the Tri-City Herald in 1979 and moved to The Columbian in 1983. Along the way, she raised two sons.

When Anderson retired in 2010, she eagerly rolled her 401(k) into a self-directed brokerage account. She put half into an S&P 500 index fund, a low-cost mutual fund with stocks evenly distributed across the market’s 500 large-cap U.S. companies. With the other half, she hand-picked a portfolio of blue-chip stocks (that is, from well-established, financially sound companies) that pay dividends of 2 to 3 percent, which she reinvests. She advocates keeping 80 percent in the stock market, even into retirement, with 20 percent in safer investments like money market or bond funds. Thanks to this buy-and-hold strategy, she said, she has tripled her money in about a decade.

Even so, when Anderson looks back, she wishes she had begun investing younger — even small amounts — to better take advantage of the miracle of compound interest.

“I didn’t really get serious about retirement until my 40s and 50s,” she said.

In her blog, book and seminars, she stresses that point: “The earlier you get started, the better. Time is on your side.”

Tue Sep 21 , 2021
photo: Moveworks / Facebook A busy week for tech in the Lone Star State yielded new moves across a range of industries. From exploring the cosmos to reviving the past, check out what these Austin companies are working on. This is the Built In Austin weekly refresh.  Colossal got $15M. By […] 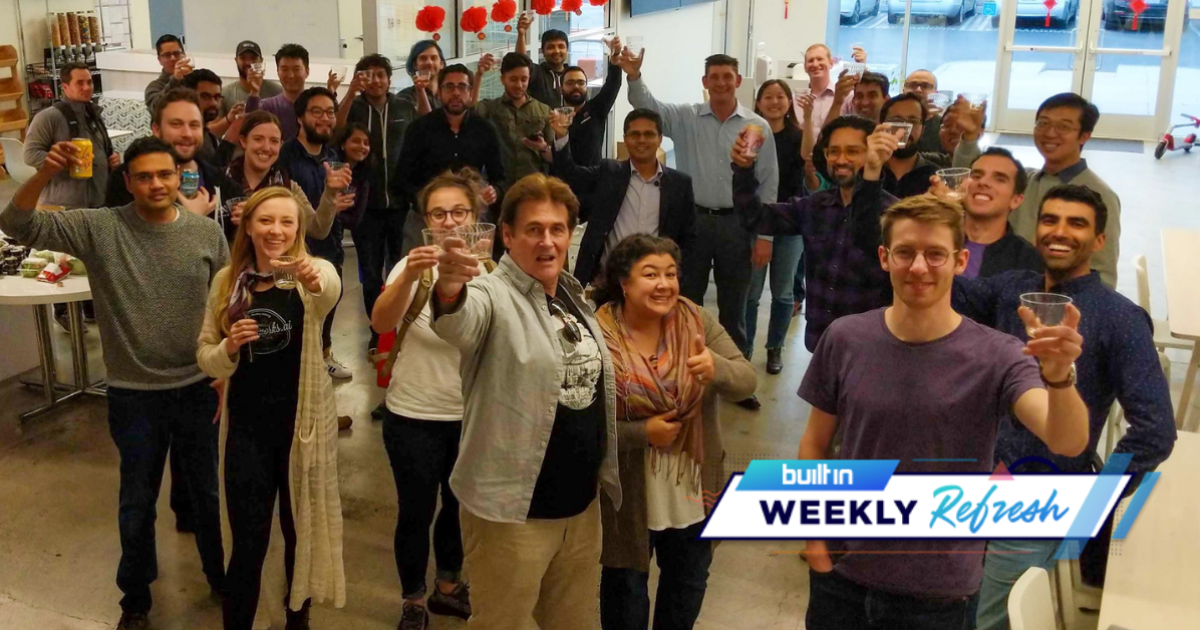