The death earlier this month of Chin Doo-hwan, the most hated of South Korea’s three military dictators, who ruled for nearly a decade until 1988, is a timely reminder of the foundations of the country’s present economic might.

Today, South Korea combines global prowess in electronics, semiconductors and shipbuilding (industries boosted by the old regime’s strategic plans) and in culture and services, such as entertainment, cosmetics and food. The latter were born of the cultural flowering that followed the end of oppression.

The country’s contradictory currents of light and dark, paternalistic conglomerates (known as chaebols) locking horns with creative startups, and artistic freedom that butts up against enduringly rigid hierarchies, have left their mark on Korean movies including “Old Boy,” “Snowpiercer” and multiple Oscar-winner “Parasite.”

This duality allows K-pop stars to be built into idols by bootcamp-like talent agencies and then propelled by technologically advanced forms of fandom. Many are then dashed to earth by South Korea’s witheringly cruel and intolerant social media. Duality informs many K-dramas, including global hit “Squid Game.”

From some angles, South Korea’s soft power success appears planned and almost inevitable. There was government finance to build a film school, studios and an empowered, French-style national film center complete with funding and subsidy systems. Government-friendly conglomerates were keen to add soft power credentials to their heavy industrial might.

“[K-pop] has just the right balance of local elements and global elements, something familiar and something strange. The mix of that is very attractive,” says Kim Suk-young, professor at the School of Theater, Film & Television at UCLA.

But from other perspectives, the Korean cultural complex frequently appears endangered by internal meltdowns or larger external forces. It was wholly typical that this year’s Busan film festival held a seminar on the crisis within the Korean entertainment industry even though music and video content are booming and global streaming platforms are falling over each other to license and co-produce K-drama series. China’s five-year-plus boycott of Korean cultural goods, which may now be tapering off, has also been a clear reminder of the industry’s exposure.

Feature film is currently looking the most vulnerable. “Parasite” won South Korea’s first-ever Oscars just as the COVID-19 pandemic was beginning to disrupt the sector. Korean-language “Minari” added another Academy Award for veteran actor Youn Yuh-jung in March. But the film biz has barely had a chance to capitalize.

Production in the country had partially recovered by late 2020, as authorities kept a lid on the spread of the disease and producers came to terms with safety protocols. Some crews even claimed to see benefits, such as being able to access normally crowded locations. But others that had been shooting abroad, such as Vietnam-set “The Roundup,” Morocco-set “Kidnapping” and Colombia-set “Bogota,” incurred hefty delays. “Escape From Mogadishu,” filmed entirely in Morocco at the end of 2019, narrowly escaped. It went on to be the biggest film of 2021 and is the country’s current Oscar contender.

But distribution and exhibition have cratered under the weight of social distancing protocols and an anemic release calendar. What was the world’s fourth-largest box office in pre-COVID times, due to a particularly high per-capita attendance rate, was down by 74% in 2020, with only a brief summer high between the virus’ first and second waves. The current year has followed a similar pattern and is 81% below 2019 levels.

With theatrical box office accounting for so much of Korean films’ total revenues, many rights holders delayed releases in hope of better conditions later. Others chose to follow the example of “Time to Hunt” and license their movies to streaming platforms.

The lack of local films in cinemas this year has also handed the box office crown, unusually, to Hollywood titles. Multiplexes have been devastated. The largest chain, CJ-CGV, is losing $22 million per month, according to its latest financial statement.

Streaming has picked up the slack to earn itself a COVID dividend. Disease-wary Korean audiences who have the advantage of super-fast data have turned away from cinemas and to phones and laptops instead. There they found many of the titles that skipped or curtailed theatrical runs — Netflix had picked up so many titles that it put on a theatrical festival in September — and enjoyed what analysis firm Media Partners Asia’s Vivek Couto calls “the world’s most competitive streaming market.”

Netflix, the market leader thanks to its Korean co-productions and originals, now faces intense competition from other multinational providers (Apple and Disney are the newest arrivals) as well as impressive local rivals. Locals rivaling Netflix include: Wavve, backed by public broadcasters and a telco; Coupang Play, backed by South Korea’s e-commerce leader; TVing, backed by CJ ENM, the country’s largest entertainment consortium; and venture capital-backed Watcha.

All are emphasizing Korean content, which is key to traction in Korea and many Asian markets. Thanks to “Squid Game” and “Hellbound,” Korean TV dramas that were already known for their high concepts, elevated production values and quality screenwriting, are now in global demand.

That makes it a boom time to be in Korean TV production or IP distribution. Singapore-listed investor Spackman Entertainment, which recently sold leading indie production house Zip Cinema (“The Priests,” upcoming “Broker”), is only the latest player that is now refocusing its portfolio.

“Korean content is increasingly becoming global and we feel the need to make significant changes in our overall business model,” says Na Kyoungwon, president of Spackman Entertainment. “The sale of one of our main [film] production labels and the new focus on K-dramas and international films signals a new start for our group.”

The music sector is now learning to use technology — though BTS’s Army has devolved into a separate social and political life form and scarcely needs schooling — to build deeper, more enduring relationships between creators and audiences.

The next challenge will be to use capital wisely. Vast amounts of finance are already being deployed. In the Korean production sector, Netflix expects to have spent $500 million this year. TVing, which is plotting local and international expansion, says it will spend more. Some of that may come from CJ ENM bringing in local tech giant Naver as equity and business partner.

Cross-border mergers and acquisitions are already flowing. Less than six months after its blockbuster IPO, HYBE Entertainment, the agency behind BTS, paid $1 billion for Scooter Braun’s Ithaca, while CJ ENM is in the process of buying an 80% stake in the scripted entertainment arm of U.S. firm Endeavor Content in a $775 million deal.

Korean lawmakers have begun probing the growing role of the tech giants in the economy. But it isn’t clear whether they are more worried about the encroachment of Naver and Kakao into media and entertainment, or the chance to build national champions in the metaverse, or the tech firms’ disruption of the pork barrel relations between today’s chaebols and government.

Wed Dec 22 , 2021
When 15-year-old Sydney Raley clocked in for her Saturday shift at a McDonald’s in Eden Prairie, a few miles south of Minneapolis, she didn’t expect to clock out as a hero. Sydney has been working at McDonald’s for around seven months and told CNN that this was just another routine […] 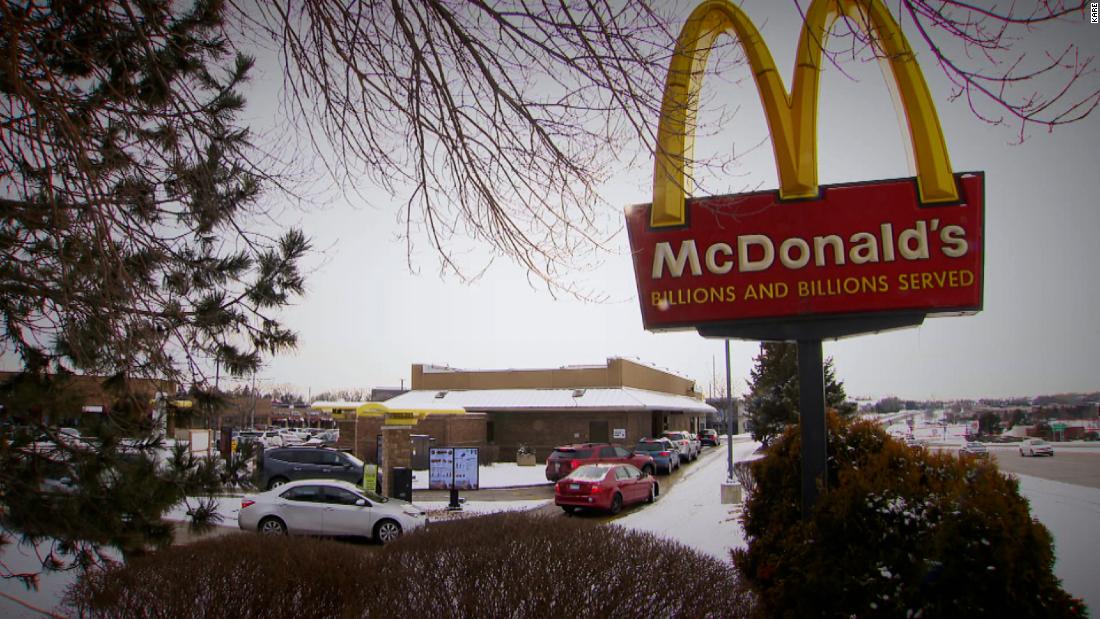