KALAMAZOO, MI — James Dean traveled from Portage with his wife, Carol, and son, Jeff, to check out what was happening in downtown Kalamazoo.

“I’m really interested in how it’s developing down here,” Dean said. They drove in about seven miles after hearing on television about the grand opening of a new downtown space. “They just need more people down here,” he said.

They were part of the crowd at a dedication ceremony held from 6 p.m. to 9 p.m. Thursday, Sept. 16, at Haymarket Plaza. The open-air plaza is Kalamazoo’s newest community space for networking, arts, and entertainment.

The night’s agenda included live music, food and drinks, a question and answer session, and a demonstration of a projector system that will display community art on the side of a building overlooking the plaza.

Named after the historic Haymarket District where it is located, the plaza’s creation is a partnership between Treystar, Catalyst Development, and the city of Kalamazoo.

It is located along the north side of East Michigan Avenue, between Treystar’s Main Street East and Haymarket buildings and Catalyst Development’s newly constructed 180 Water Street/Warner Building project.

Dean’s son, Jeff Dean, said he thinks the space is a great addition to downtown.

“I love that it kind of knits together other downtown attractions,” he said, like the nearby Arcadia Creek Festival Place.

Former Kalamazoo Mayor Bobby Hopewell was part of a panel that talked to the crowd about the plaza, and covered related topics like placemaking, walkability, and design.

“Tonight that’s what we’re here to talk about, this is about you and how we continue moving Kalamazoo forward to be the best possible community we can be,” Hopewell said, drawing applause. “Celebrate Kalamazoo!”

City of Kalamazoo employees and commissioners attended the event.

“We are excited to dovetail the unveiling and dedication of Haymarket Plaza with MIX Southwest Michigan’s events,” Fritz Brown of Treystar said. “This will be the first of many unique and exciting events in the plaza.”

Additional collaborations, networking, and community gatherings are on tap for the plaza, he said.

Food and beverages by Millennium Restaurant Group were served throughout the evening.

Sat Sep 18 , 2021
SACRAMENTO — Conservative radio host Larry Elder, the Republican front-runner to replace Gov. Gavin Newsom if he is defeated in the Sept. 14 recall election, once said women should tolerate some crude language and behavior from men in the workplace and that sexual harassment doesn’t hold women back in their […] 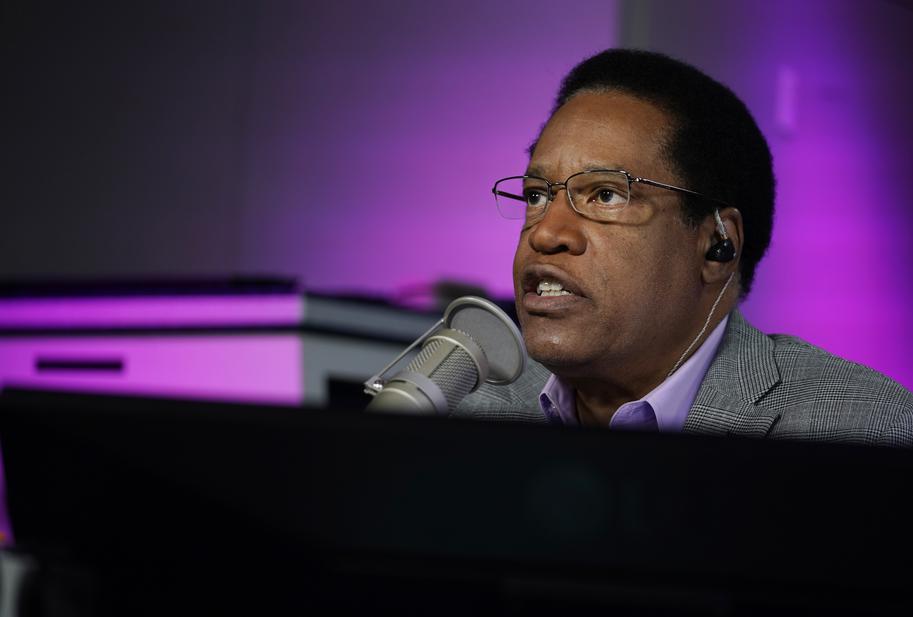