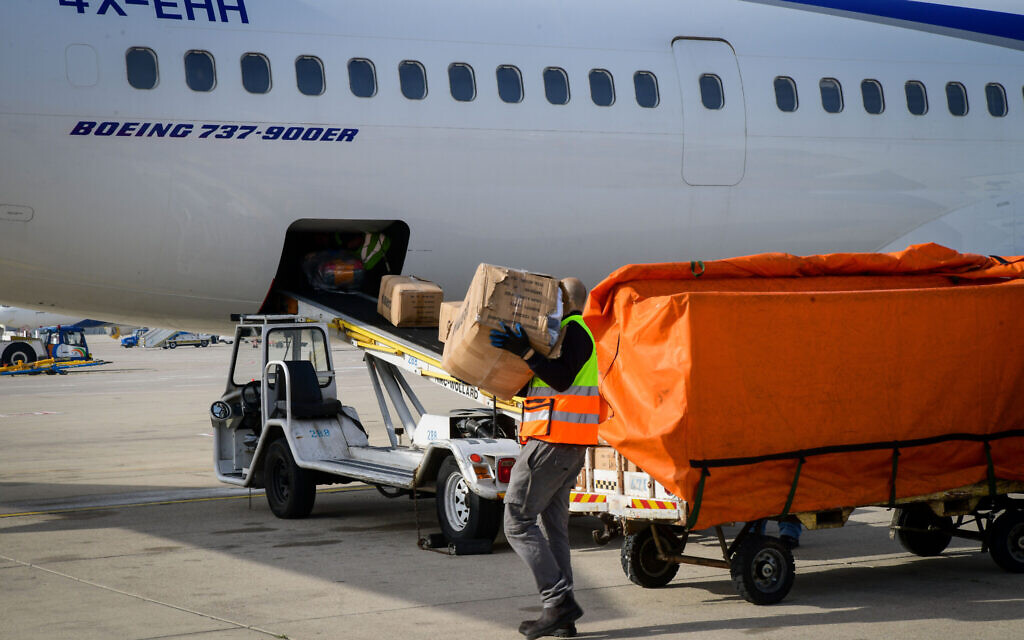 Israel will pay for injured Ukrainians to fly to Israel to receive medical treatment, and will allocate millions of shekels for the transfer of medicine to Ukraine, Health Minister Nitzan Horowitz said Wednesday.

Horowitz made the pledge over Twitter, after speaking with his Ukrainian counterpart Viktor Liashko, and affirmed Israel’s condemnation of Russia’s invasion of Ukraine.

“Israel condemns the cruel Russian invasion and stands by Ukraine. This is our unequivocal position,” the health minister wrote.

Israel is slowly increasing its aid to Ukraine, in a sign of ongoing policy shift, after initially attempting to stay largely neutral in the conflict with Russia.

Earlier on Wednesday, it was reported that Israel had sent Ukraine 2,000 helmets and 500 flak jackets — the first sent by the Jewish state since the Russian invasion began.

Since Russia invaded Ukraine on February 24, Jerusalem has tried to preserve its ties with Moscow and until recently refused to send defensive equipment to Ukraine — instead, sending some 100 tons of humanitarian aid, as well as setting up a field hospital in western Ukraine for six weeks.

During six weeks of operation, the hospital treated more than 6,000 patients and delivered at least one baby. Most of those treated were not war-wounded, but rather civilians who may have struggled to receive care with Ukraine’s resources stretched thin by the invasion.

Last month, Israel’s ties with Russia were frayed by comments made by Kremlin Foreign Minister Sergey Lavrov that Adolf Hitler had Jewish heritage, in an attempt to explain Moscow’s attempts to “denazify” Ukraine, whose president, Volodymyr Zelensky, is himself Jewish.

While the Prime Minister’s Office later said that Russian President Vladimir Putin apologized to Prime Minister Naftali Bennett for the comments, the Kremlin did not confirm that an apology was issued.

Despite the spat, Israel rejected requests from Kyiv and the West for military equipment, such as anti-missile batteries, part of a policy meant to preserve ties with Russia.

David Arakhamia, the adviser in charge of Ukraine’s negotiating delegation, told The Times of Israel that the Ukrainian government is awaiting a further shift in Israel’s positions.

“Number one demand is to stop blocking weapon sales to Ukraine,” Arakhamia added in a telephone interview. “Israeli kamikaze drones are [some] of the best in the world and we need to buy them.”

Times of Israel staff contributed to this report.

We’re really pleased that you’ve read X Times of Israel articles in the past month.

That’s why we started the Times of Israel ten years ago – to provide discerning readers like you with must-read coverage of Israel and the Jewish world.

So now we have a request. Unlike other news outlets, we haven’t put up a paywall. But as the journalism we do is costly, we invite readers for whom The Times of Israel has become important to help support our work by joining The Times of Israel Community.

For as little as $6 a month you can help support our quality journalism while enjoying The Times of Israel AD-FREE, as well as accessing exclusive content available only to Times of Israel Community members.

Thank you,
David Horovitz, Founding Editor of The Times of Israel

Already a member? Sign in to stop seeing this

Tue May 24 , 2022
A senior director at Apple who quit his job in protest at the company demanding staff return to the office three days a week has joined Google, according to a report – where work from home is allowed. Ian Goodfellow, Apple’s director of machine learning, is believed to be the […]