Production slowdowns in 2020 meant fewer new releases in 2021, but studios have been working hard to bring some of their best catalog material back into print. There are some excellent movie box sets and books that include military themes.

Here’s a selection of (mostly) military-themed entertainment with a couple of classic movie options tossed in at the end for variety.

You also get the five-star classics “The Man Who Shot Liberty Valance” (1962) and the original “True Grit” (1969), for which Wayne won his only competitive Oscar. “The Shootist” (1976) was the Duke’s final movie and one of his best.

Indiana Jones creator George Lucas and director Steven Spielberg understood that the greatest movie villains are all Nazis, and they use them as the bad guys to great effect in “Raiders of the Lost Ark” (1981) and “Indiana Jones and the Last Crusade” (1989). Both movies are included in the Indiana Jones 4-Movie Collection, which features 4K UHD remasters of the four movies released so far in the series.

The digital versions of the movies are now also available to stream in 4K, but these versions are essential if you’ve got the 4K disc player and a good 4K television. Harrison Ford is set to return for a fifth movie in 2023, but neither Lucas nor Spielberg will be writing or directing the next one. These are the originals, even if the fourth one may not be as good as the first three.

Related: 8 of the Most Evil Nazi Movie Villains

Army veteran Richard Pryor was a man who followed his own instincts for most of his wild life and career, but those tendencies that made him such a success in show business proved to be kind of a problem during his military service.

The new Time Life DVD set “The Ultimate Richard Pryor Collection: Uncensored” follows his post-military career in a box that includes all of his concert films, a slew of television shows and appearances and his autobiographical feature, “Jo Jo Dancer, Your Life is Calling.” There’s enough entertainment here to keep a Pryor fan busy for months.

Related: How the Army Turned Richard Pryor from a ‘Truck Driver’ into an ‘Actor’

James Kestrel’s ace crime novel, “Five Decembers,” follows Honolulu detective Joe McGrady as he tries to solve a murder committed at Thanksgiving 1941. As he follows the trail to Hong Kong, the Japanese attack Pearl Harbor on Dec. 7, and McGrady is trapped behind enemy lines.

The novel follows his quest to survive the war and desire to return home to Hawaii to solve the case. “Five Decembers” is a great World War II novel that just so happens to exist in the detective genre. It’s a winner for anyone with an interest in the War in the Pacific.

Related: In ‘Five Decembers,’ One Cop Won’t Let WWII Stop Him from Solving the Crime

Sony is reissuing classics from its catalog in elaborate box sets, and it just so happens that the Columbia Classics: 4K Ultra HD Collection Volume 2 includes the funniest military comedy of all time.

That would be “Stripes” (1981), starring Bill Murray, Harold Ramis and John Candy as a group of smart-ass recruits who manage to whip themselves into shape while maintaining their less-than-obedient attitudes.

“Stripes,” of course, was nominated for zero Oscars, yet more evidence that Hollywood can’t always spot a classic. This collection’s movies (awards nominations aside) are a widely varied group, with only overall quality to tie them together.

Capt. James Tiberius Kirk is one of the most inspirational military leaders of our time, even if he’s totally fictional and doesn’t have all that much in common with the actual leaders we serve in real life.

That hasn’t stopped “Star Trek” from enjoying decades of popularity. In recognition of the Star Trek universe’s 55th anniversary, the first four theatrical movies have been released on 4K UHD for the first time in “Star Trek: The Original 4-Movie Collection.”

Made starting a decade after the original series was canceled, the movies may feature graying actors with shaggy wigs, but they’ve held up remarkably well over the decades. “Star Trek II: The Wrath of Khan” may be the finest Star Trek production of them all.

Related: How ‘Star Trek’ Survived the Vietnam Era and Took Over the World

Once the United States committed to the fight during World War II, Hollywood stepped up to aid the war effort in many different ways. Author Christian Blauvelt’s history, “Hollywood Victory: The Movies, Stars, and Stories of World War II,” tracks the studios and stars through the years leading up to and through the global conflict.

Some actors joined the military and saw combat. Others stayed home and made movies that aimed to raise morale. Directors made documentaries all over the world, and many performers joined up with the USO to entertain troops in theaters of war.

“Hollywood Victory” has hundreds of photos to illustrate the epic story the book aims to tell. It’s sure to please classic movie fans and World War II buffs alike.

Related: How Hollywood Supported the War Effort During WWII

Movie expert Eddie Muller has just issued a revised and expanded version of his classic movie history, “Dark City: The Lost World of Film Noir.” Muller may be best known now as the host of the “Noir Alley” series on Turner Classic Movies, but he’s been a scholar and promoter of the post-war movie genre for decades.

The plight of returning WWII veterans is a recurring theme in film noir, and Muller highlights dozens of movies that explore those themes in his excellent book.

Related: How the Struggles of WWII Veterans Came to Life in Film Noir

“Dracula” (1931) and “Frankenstein” (1931) kicked off the craze for monster movies 90 years ago, and Universal has done an exceptional job preserving and restoring these movie treasures. This set also includes “The Invisible Man” (1933) and “The Wolf Man” (1941). All look better now than they probably ever did in theaters upon their original release. Each movie includes a wealth of bonus features. If you’re looking for an excuse to upgrade your home media player to 4K, these movies might just be the excuse you need.

What you do get are most of Lewis’ funniest movies for a great price. Be warned, though. Jerry Lewis may be just as much of an acquired taste as The Three Stooges. You’re either in, or you’re out. And if you’re out, you’re going to really be out.

Keep Up With the Best in Military Entertainment

Whether you’re looking for news and entertainment, thinking of joining the military or keeping up with military life and benefits, Military.com has you covered. Subscribe to the Military.com newsletter to have military news, updates and resources delivered straight to your inbox.

© Copyright 2021 Military.com. All rights reserved. This material may not be published, broadcast, rewritten or redistributed.

Thu Nov 25 , 2021
KGW has since confirmed Ashlyn Maddox’s death triggered investigations into the ride service that dropped her off and the adult care home where she lived. PORTLAND, Ore. — Nearly five months after, amid Oregon’s historic heatwave, neighbors found her daughter unresponsive on a hot sidewalk, Cheryl Hollins marked her only […] 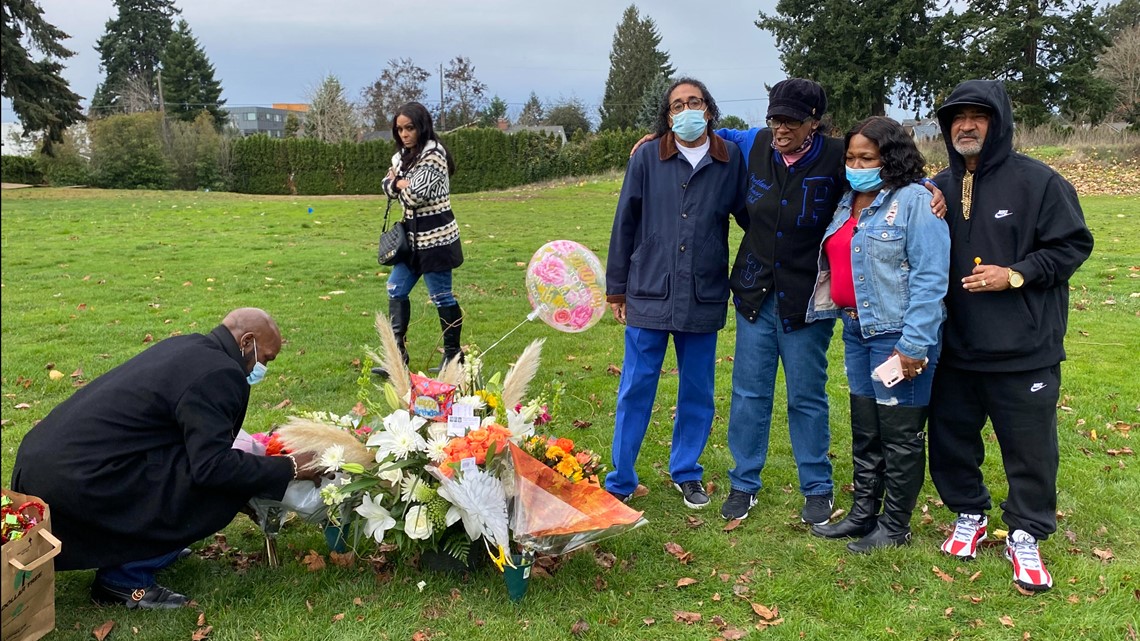