Houston real estate broker Bill Baldwin spent much of his childhood fishing and water skiing on Sunset Lake outside of Huntsville, and now he’s re-creating the dream for his own family.

After spending months ripping out walls, reworking the interior and waiting for building materials and furnishings, he sits on his backyard patio on a crisp fall day, sharing an al fresco lunch with his partner of seven years, Fady Armanious.

Armanious, creative director at Tootsie’s womens’ clothing store, had been tending shrimp on an outdoor grill after preparing a chopped salad in their remodeled kitchen.

Through the week, the two men live in Houston and are part of the hustle-and-bustle of busy lives, in demanding jobs, attending philanthropic events and hosting a few of their own.

But just an hour away from their urban home is their rustic lake house they spent months restoring to its pre-1970 glory.

When Baldwin’s children — Ginger Baldwin, 29, and Richard Baldwin, 28 — were younger, the small cottage they had on this lake was fine. They got older and busier and the tiny dwelling didn’t work for them any longer, so he sold it in 2008 after owning it for seven years.

But he always thought about going back. When the house next door to his cottage came up for sale, he quickly purchased it.

“I want the generational thing for my children. I wanted these times when you could just play and fish and play kickball. These things became so important to me because my mom died when I was young,” said Baldwin, whose mom died when he was in junior high school. His dad was a football coach at University of Houston and later for Bum Phillips with the Houston Oilers and New Orleans Saints.

Though his father moved to Louisiana, Baldwin stayed in Huntsville through high school, staying with the families of friends. Not only was he very independent, but he thought that someday he’d go into politics in Texas, and moving to Louisiana just wouldn’t work with his plan.

The home, though, was in a dreadful state. Its exterior was pink and much of the interior was pink, too. Its prior owners were elderly and had lived in the home for 52 years, creating a main floor bedroom since they couldn’t climb the stairs to the upper level bedrooms.

He purchased the home in March 2021 and on the very day he bought it, he and Ginger were inside ripping out the old carpet and contemplating the interior demolition ahead.

Baldwin, 56 and the owner of Boulevard Realty in Houston, could have done just about anything to remodel the ’50s-era home, but he decided to be true to its roots, taking it back to pre-1970, using vintage appliances and made-in-America furniture — even finding art created at that time.

He ripped out drywall installed over the fireplace wall to find the original brick. More hardwood was added to keep the main floor consistent; then they added more hardwood to the upstairs bedrooms.

Paneling was painted white, and the kitchen still maintains its vintage charm, though its decades-old Formica was replaced with new Formica that boasts a gray-white Calacatta marble-like pattern. Baldwin even found vintage appliances, though he did buy a new Big Chill dishwasher for its vintage appearance.

Baldwin knew his kids would love going to the lake house again, but he wasn’t sure how the big-city-focused Armanious would respond.

Armanious didn’t hesitate, jumping right in with ideas for a color palette — drawn from the setting — and helping find all kinds of furnishings and materials for the home, inside and out.

“We have no TV here. That’s what you need in a vacation house. You want to relax,” said Armanious, 39, who is the family cook when they’re at the lake.

In the main living area there are several places to gather: a living room with leather and upholstered midcentury-style furniture and a vintage record player, too; a seating area in front of the fireplace; a Tulip-style table and chairs where they can have breakfast; and a more formal dining room with a simple wood table and chartreuse chairs.

In fact there are several places to dine — Baldwin and Armanious plan to start entertaining here more. There’s another table and chairs in the breezeway between the main house and the primary bedroom suite, one on a patio by the built-in grill and a fourth one lakeside on the dock.

What is now the primary bedroom suite used to be the garage. Now it has plenty of room for a bedroom, closet, master bath and a flex room that will likely become a home office able to accommodate a visitor.

The color palette — browns, greens, orange and golden chartreuse — was chosen from colors you’ll see here, from the nearby Huntsville State Park and Sam Houston National Forest to the red-orange sunsets that glitter on the surface of the lake.

An accent wall in the primary bedroom has wallpaper made from a photograph of a nearby woods, paired with golden-hued bedding, and then emerald green Ann Sacks tile in the shower.

What is now a breezeway between the main house and primary suite used to be enclosed, but Baldwin and Armanious like the idea of a welcoming place that visitors could use to go straight to the backyard. It even has an access door to the main house powder bathroom.

On the exterior, Baldwin got rid of the Pepto-Bismol paint — yes, it was original, but it was really bad — and opted for Sherwin-Williams “Peppercorn,” a color he’d used on houses in Houston.

From indoors, it’s evident that visits to Sunset Lake are all about being outside. Four sets of big sliding doors cover the back of the house, for easy access no matter where you are.

Baldwin set up a series of three docks — one for dining, one for sitting and one for fishing and kayaking — along his 160 feet of frontage on a 110-acre lake. At these docks and the patio by the grill — it was a wood-burning grill they raised and used to hold a gas grill — orange is the accent color in rugs, chairs and pillows — a color easily identified from the brilliant sunsets here.

Nearby, Richard tends his vegetable garden , and Fady clips pieces from his herb garden as he readies lunch. Meyer lemon and fig trees someday will produce fruit, but for now they’re spreading their roots and growing.

Back in Houston the two men are in the thick of planning and construction for a new modern home they’re building with architect Michael Hsu. The two are often spotted at charity events supporting Houston Ballet, Recipe for Success and the Blackwood Educational Land Institute, among others. Baldwin often hosts events for favorite artists and loans his Houston home out for photo shoots, too, averaging 115 events at his home every year.

For now, though, you’ll find him on Sunset Lake on weekends, enjoying the result of his hard work and reminiscing about his childhood and the dream it created.

Scoot Henderson Should Be in High School. Instead He's in the G League. And He's the Future.

Wed Nov 24 , 2021
Scoot Henderson has visions of NBA greatness, of All-Star games and MVP trophies and all the glory that comes with it. And he has a chorus of fervent believers cheering him on. “The best 17-year-old I’ve ever seen,” says Celtics star Jaylen Brown.  “A prodigy,” who plays like “a young Derrick Rose,” says Jason […] 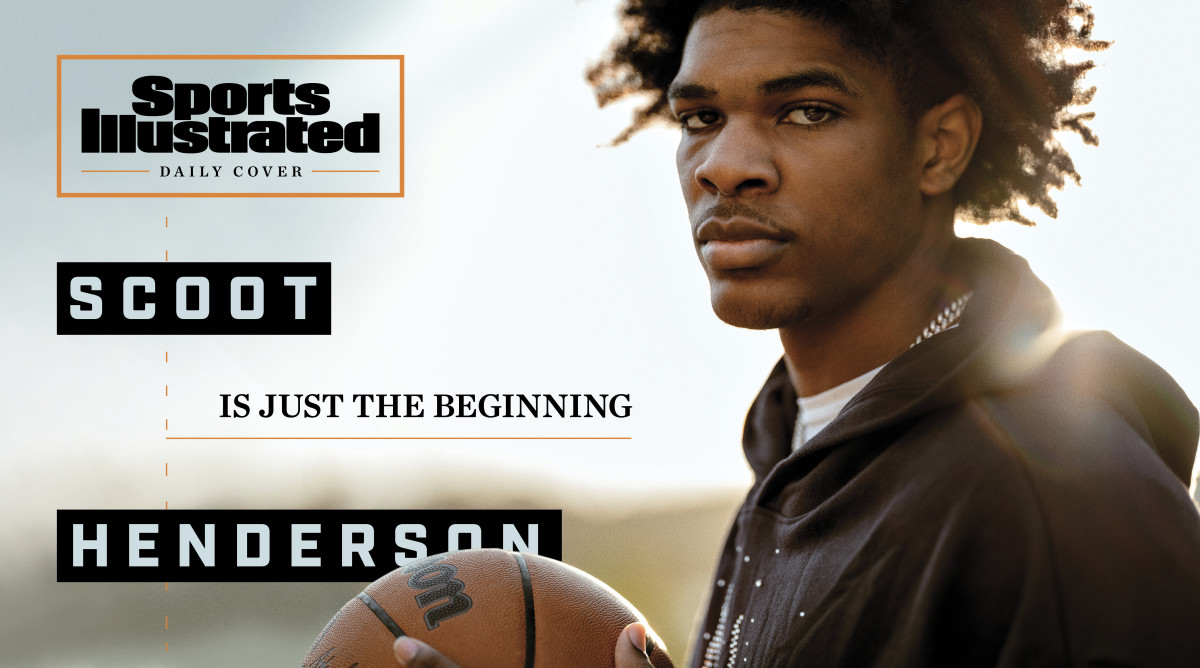