After graduating from college, Michael and Olivia Zuber thought they were doing everything right.

“We got advanced degrees, we got good jobs, and we put money away in a 401(k),” Michael, 49, told Insider. “And we thought we were supposed to save a little bit extra and put it in the stock market.”

“It was a very eye-opening and disheartening moment,” he recalled. “You go from feeling like you’re able to take care of your family and you’re going to have a good future to realizing that you’re not as smart as you think you are.”

Down but not out, Michael decided to explore alternative ways to invest his money. He went to a bookstore to look for investment books and was drawn to “Rich Dad Poor Dad” by Robert Kiyosaki. “It stood out on the shelf because it’s purple,” said Michael, who has since read the personal-finance classic more than 10 times.

Kiyosaki introduced him to the concept of “having money make money,” he said. “I’d never really had a conversation about how money works — and how the rich get richer by owning assets.” With that in mind, he and Olivia decided to try real-estate investing.

It started as a way for them to get back on track financially and rebuild their nest egg. Their goal was simple: Live below their means, save enough to buy one rental property, and start earning passive income. Executing these principles turned into a path to financial freedom. Today, the Bay Area-based couple owns over 100 units in Fresno, California, and earns over $100,000 a month in rental income. Insider reviewed their real-estate portfolio summaries that showed these details.

Their success didn’t happen overnight: The Zubers have been investing in real estate for the past 20 years. For the first decade, “I wasn’t even thinking about financial freedom,” Michael noted. It wasn’t until the 10-year mark that they realized the rental income they were earning could eventually exceed their day job income and even lead to early retirement.

“I’m lucky enough to say that every day is Saturday,” said Michael, who now spends his days sharing the couple’s financial independence journey through his platform, One Rental At A Time, which includes a YouTube channel, book, and courses.

Here’s how the Zubers gradually built up a real-estate portfolio that now generates six figures in passive income a month.

The Zubers started by cutting back on things like eating out, entertainment, and vacations in order to save for their first rental property.

“We realized we weren’t going to be able to grow our real-estate portfolio very fast if we spent all of our money,” Michael said. “So we made a conscious decision to sacrifice. We went from spending 100% of our take-home to spending 50%.”

Next, they spent time figuring out where they wanted to buy. After a year of looking in their backyard, they realized that purchasing real estate in the Bay Area, one of the most expensive housing markets in the US, wasn’t practical. Fresno, which was about a 2 1/2-hour drive from their home, fit their criteria. It had a large population and diverse employment base, among other promising qualities, Michael said.

Once they settled on Fresno, the Zubers defined what they call a “buy box” — or, “a very focused area in a city,” Michael said. Most cities are too big to learn all the ins and outs. If you considered listings across all of Fresno, for example, there would be thousands.

“Most new investors are all over the map,” he said. “The first step any new investor needs to do is focus. If you’re going to be a buy-and-hold investor in a new area, get a buy box and make it hyper-focused.”

Your buy box should consist of 20 to 40 active listings, and it’s not just the specific area you’re defining — it’s the type of property, too, he noted. The Zubers were looking specifically for 3- and 4-bedroom single-family homes between 1,250  and 1,700 square feet in a particular ZIP code.

They picked their ZIP code after spending hours driving through Fresno, going to open houses, and looking at rental listings. “That’s what you do in the beginning,” Michael said. “You have to learn your buy box. The more you know it, the better your chances at finding a great deal. You can’t be casual. It has to be purposeful and intentional.”

The first rental property they bought was a $107,000 single-family home, the Zubers said. They saved up enough to put 20% down, which is standard if you’re buying an investment property rather than a home to live in.

Two weeks after closing, they rented out the property for $1,095, which was in accordance with the “1% rule” of real estate they were following at the time. “This rule claimed that if you buy a house for $100,000 or less and then rent it out for $1,000 or more a month, you were golden,” Michael explained. The Zubers no longer follow this rule, he said, but it served them well in their early years of real-estate investing.

Michael and Olivia continued working full time and living on half of their income in order to save more and buy more real estate. “We sacrificed for well over a decade,” Michael said. “We didn’t take trips; we didn’t get new cars; we didn’t upgrade the house.”

They bought five more properties over the next two years, all within their buy box, and rented them out. After three years of staying hyper-focused in one area, their portfolio had grown to the point where they agreed it was time to expand their box within Fresno. They also started looking at multiunit properties (their first six properties were all single-family homes), which is ultimately the strategy they settled on.

In 2008, about six years into their real-estate investing journey, the housing market crashed, which ended up working in their favor. Over the next four years, they more than doubled their portfolio, adding a handful of multiunit buildings in the process of being foreclosed, including one 18-unit building.

They bought everything they could, said Michael, who spent time researching past real-estate crashes to understand the smartest way to buy during a downturn.

As the Zubers continued investing in more and more properties, they created clear roles and responsibilities in order to keep up with their side hustle. “My job was to find deals,” Michael said. “Olivia’s job was to run the operational management and do the books. We were on the same page since day one.”

They also had a property manager from the get-go. It was an investment they felt they had to make, he said. “Our market was 2 1/2 hours away. We didn’t know anyone there. We would have failed miserably without a property manager.”

Employing property managers allowed their rental income to be essentially passive, even as they acquired more and more properties. “Most people would be shocked at how little time we spend on our portfolio,” Michael said. “We’re probably spending five to eight hours a month — and most of that is done on the phone or through email.”

In 2015, the Zubers decided they were making enough money from their rental properties that Olivia could quit her 9-to-5. “We looked at our expenses for a year, made sure we could live without her income, and then she left work,” said Michael, who quit his job in 2018.

Today, their portfolio consists of a variety of properties, including duplexes, triplexes, and 10-, 13-, and 18-unit buildings.

They’re always looking to grow. “We added some units last year and we’ll add more this year,” Michael said. “It’s always a great day to do a great deal, so I look at my market every day.”

As for specific money or net-worth goals, “I don’t have any more,” he said. “I have more than I ever thought was possible.” Rather, he’s focusing on sharing his and Olivia’s story to inspire other people to set the goal of achieving financial freedom via real estate. He wants to help 1 million people secure their first rental property through online resources like his YouTube channel and book.

Focus on time in the market, not timing the market

Smart real-estate investing requires time in the market, Michael stressed. “A lot of people want to time the market, but it’s time in the market. That’s how you get wealthy. The longer you hold an asset, the wealthier you will become. It is amazing what happens to a portfolio after you’ve owned it for 10 years.”

A lot of people want to time the market, but it’s time in the market. That’s how you get wealthy. Michael Zuber

If you want to get into real estate, be prepared to grind for at least a couple of years, he added. The first three to five years can be slow because you have to save for a down payment, build a cash reserve to cover unexpected expenses, and potentially dip into that reserve to pay for renovations and maintenance.

If you’re patient for a couple of years, though, you could really start to reap the benefits of real estate, he said.

Michael said anyone can achieve financial freedom through real-estate investing. And you don’t need 100 rental properties to do so. “If you get four, your life changes,” he said. “You can make work optional in 10 years. You just have to sacrifice. It takes work and effort, and the first four years are hard.” 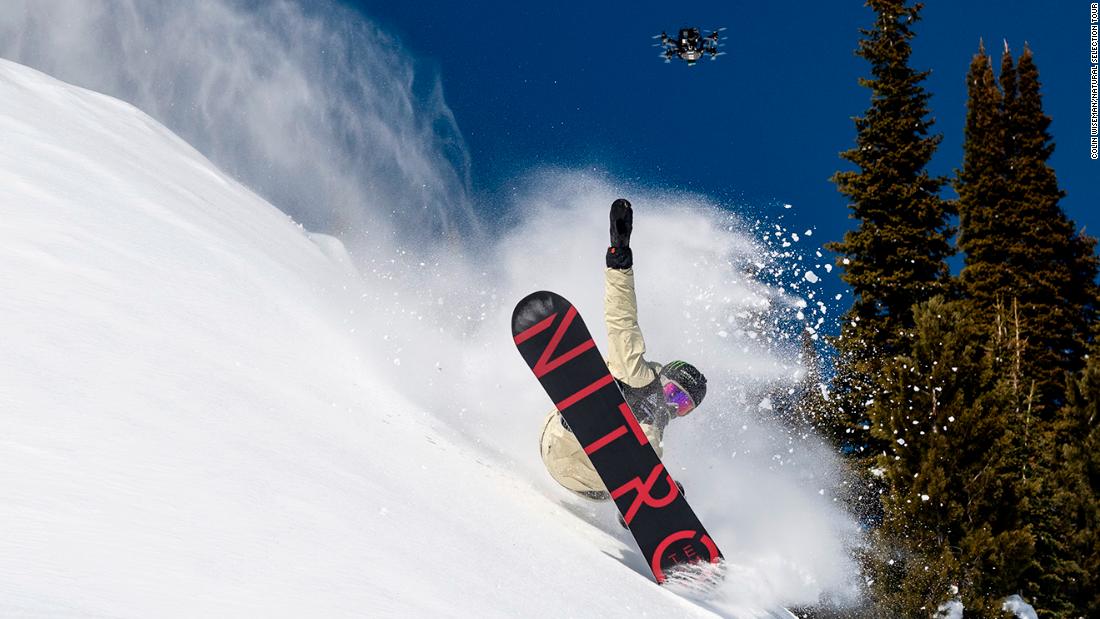