Poughkeepsie’s historic preservation commission has adamantly opposed this plan, declining to issue a certificate of appropriateness. This has prevented the developers from obtaining the necessary permits to proceed, and they have appealed the decision. City legislators upheld it, and the developers have sued. The case is continuing.

Despite the lawsuit, the city recently closed on the sale of the property and is working with the developers to hammer out a settlement. “We have a housing challenge — it has been called a crisis — and this site is a perfect location for market-rate homes,” said Poughkeepsie’s mayor, Robert Rolison. The current deal would preserve Pelton Manor, a historic building that has been vacant for nearly a decade, for public use. Originally it was slated to be converted to apartments; now it is to house an arts organization.

That isn’t enough for opponents. “This is an unvarnished sweetheart deal quite typical of the good ole boys way of business around here,” said Ken Stier, a freelance reporter who moved to the neighborhood from Brooklyn four years ago and is a vocal opponent of the plan. “The mansion, and its small but precious river-view setting, is the crown jewel in a much-diminished historic district,” he said. The area, he continued, will “be completely privatized and packed with upscale housing.”

Poughkeepsie’s preservation commission, in the meantime, is in a precarious spot. Of its seven seats, the terms of three have expired, and two more will expire this summer. With five of the seven seats up for grabs, it would be easy for the mayor to replace them with commissioners more sympathetic to the plan. So far, that hasn’t happened.

“I didn’t replace them because of their involvement in this proposal, because it wouldn’t have been the right thing to do,” Mr. Rolison, the mayor, said. But the future remains in question. “I haven’t done it for the time being,” he said, “but I am not going to lock myself into something.”

“The situation in Durham is incredibly frustrating,” said Daniel McEneny, the division director at the New York State Historic Preservation Office, which oversees the program. Mr. McEneny’s office has written two letters to Mr. Marriott, Durham’s town supervisor. Both letters explain that Durham’s preservation commission currently lacks a quorum to operate. So far, the town hasn’t responded. “If we don’t hear back, we will commence with an audit,” which is the first step in removing Durham from the federal program, Mr. McEneny said.

Mr. Ciccone recently wrote an email to Mr. McEneny asserting that his dismissal sets a dangerous precedent. “This is metastasizing from an esoteric local issue,” he wrote, to a major threat against local historic preservation commissions everywhere.

Sat May 14 , 2022
Michelle Browder’s Mothers of Gynecology monument in Montgomery Stephen Zucker via Flickr under CC BY-SA 2.0 For five years in the late 1840s, Anarcha, Betsey, Lucy and other unnamed enslaved women suffered at the hands of a white doctor who performed painful surgeries on the women without […] 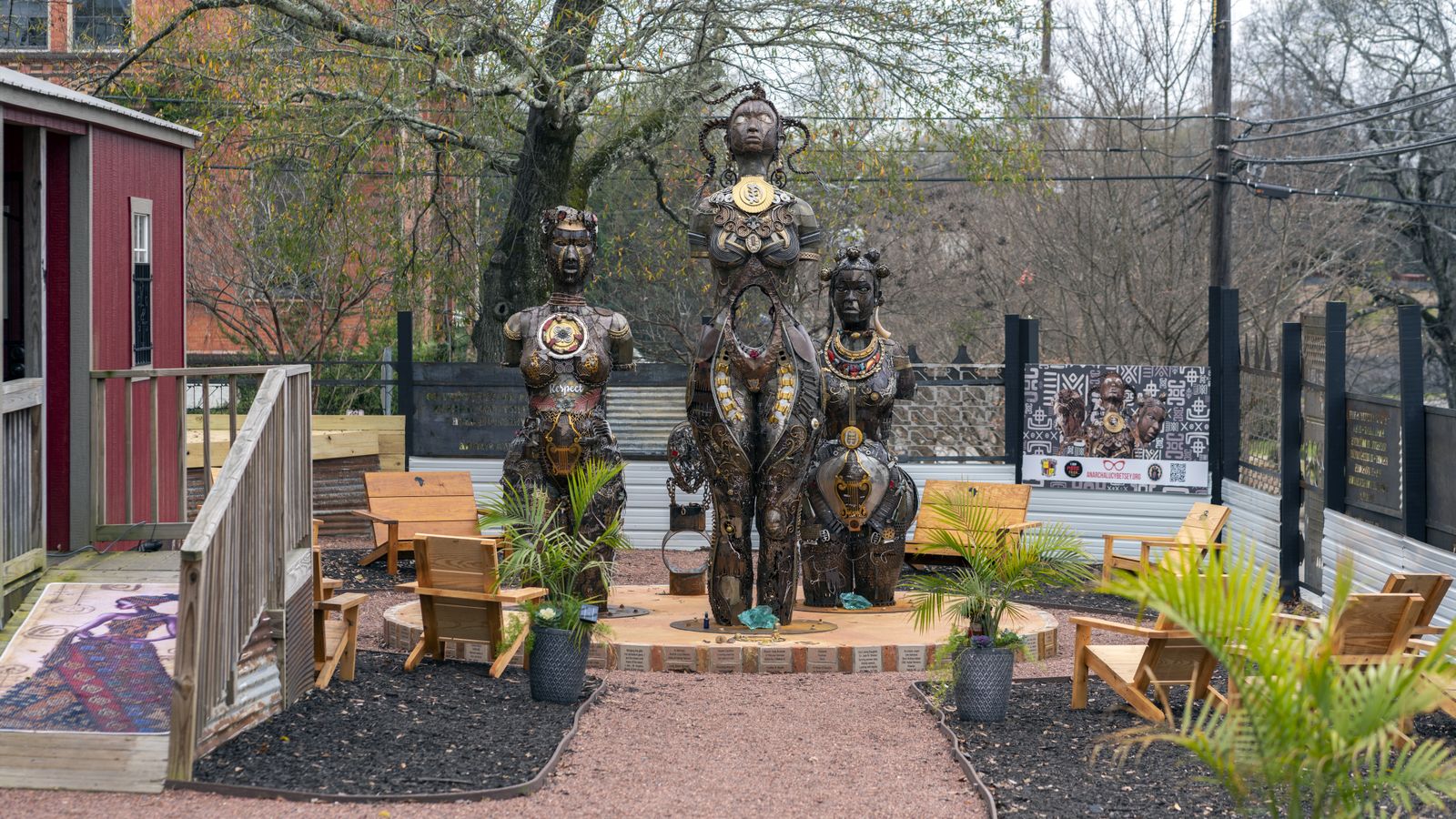