Skip to content
K-pop powerhouse JYP Entertainment finds itself embroiled in controversy for alleged plagiarism of an Ateez music video and the boy band’s concept for its own rookie girl group’s debut.

On Tuesday, the company’s new girl group NMIXX entered the K-pop fray with the single “Ad Mare.” But just a day since the debut, the septet is making headlines for accusations of plagiarism: The band’s titular “O.O” has come under fire for copying boy band Ateez’s music video and its universe.

The music video for “O.O” begins with pirate-related items laid on the ground and swerves to zoom into a large galleon in a nondescript area. And in line with the explanation, Atinies, the official fandom name for Ateez, has pointed out that the clip shares many similarities to the boy band’s music video, stressing it is an issue that “cannot be ignored.”

Fans took to social media, with one commenter writing, “It’s more than a couple of scenes that remind of Ateez’s music video. Also, if you look closely at how the album is introduced, not only did the group plagiarize the concept, but also copied Ateez’s universe.”

“It’s not a common concept (in the K-pop scene), and many elements, including the pirate image and the setting, overlap,” the commenter added.

Fans have specified in particular scenes where each of the bandmates appear by looking at the sky with a city background, sky sailors moving in a pink cloud and burning ships that appear in NMIXX’s music video as essentially identical to the pirate concepts employed by Ateez for the music video of “Illusion.”

As soon as the music video was released, hashtags like “JYP should explain plagiarism” and “JYP should apologize for plagiarism” began trending on Twitter. JYP Entertainment has not yet released an official statement regarding the issue, as of press time.

A “universe” in K-pop describes the total package of a band’s musical traits, styles, creativity and visuals. And for Ateez, pirate-themed stories have been at center stage of their universe theory since the group’s debut in 2018 with “Pirate King.” The group has since described themselves as K-pop corsairs with ships, swords and sea monsters.

The band’s five-part “Treasure” album series, released from 2018 to 2020, uses the sea and sailing as a motif. The group also has used props like the wreckage of a ship and leader Hong-joong dressing up as pirate king, vividly showing their concept revolves around pirates.

Not only is NMIXX’s music video for “O.O.” facing allegations of plagiarism, but the band’s concept video titled “New Frontier: Declaration” is accused of copying Ateez’s “Declaration” from the band’s first EP, “Treasure EP. Map to Answer,” released in 2020.

Meanwhile, NMIXX released a four-song package Tuesday, and the septet is expected to continue its promotions.

Thu Feb 24 , 2022
Adlene Harrison, the first woman to serve as Dallas mayor and a key figure in the formation of DART, died Saturday of natural causes in her North Dallas home, according to her family. She was 98. A staunch environmental, mass transit and reproductive-rights advocate with a penchant for not mincing […] 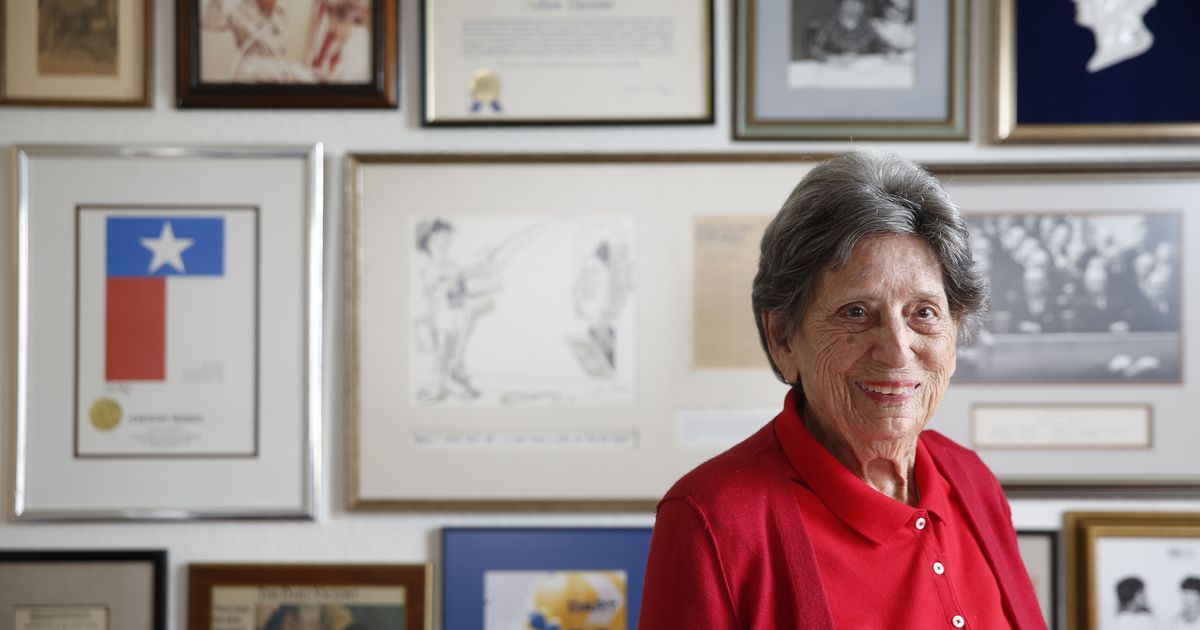