I try to be a practical man. Sorry, make that person, though I identify as a man.

But I sense that we have become so immersed in ideologies that useful, common sense — practicality — is no longer considered useful, thus should avoid being practiced in public.

The Supreme Court is preparing to rule on the case of a high school football assistant coach who was fired for refusing to cease holding voluntary prayer sessions in the middle of the field after games.

The public school, in Bremerton, Wash., tried to reach a compromise with coach Joe Kennedy, offering to accommodate his pregame and/or postgame faith in a less conspicuous setting, but Kennedy rejected it on the grounds that his freedom of speech and religion would be suppressed.

Apparently it was important for him and many of his teenage players/adherents to be seen kneeling in prayer, which seems a case of spiritual showboating.

Despite the country’s ideal of separating church from intentional grounding, this has been touted as a tough call — and a big one — for the Supreme Court.

Not as I see it. It’s an easy one. Just apply a practical solution: Allow the coach to pray on the field as long as his church, in the big room where prayers are recited, is used after services as a high school football field.

Solved! Why make a federal case out of it?

I’ve always been impressed by the practical. My pal, Bob Corbo, a golf pro, says he wants to produce an instructional video titled, “Don’t Do That, No More.” Another pal, Cary Fields, soothes friends who lament that they lost a weekend golf match because they “choked,” with, “You’re not good enough to choke.” Practical men.

But practicality, like the future, ain’t what it used to be.

The inherent unfairness — race-fixing — in the Lia Thomas University of Pennsylvania swim team case is dismissed as a sustaining example of ideology — the triumph of wishfulness over reality. Beating the daylights out of practicality, as well as swimming against women who for years trained to compete in a fair test of athletics, is applied idiocy posed as gender-equitable ideology.

There should be no debate on this crooked-by-design issue, yet, armed only with one-doctrine-fits-all ideology, starting with the White House carrying her banner, Thomas swims on, wins on, to hell with right from wrong.

But the greatest natural enemy to the practical isn’t misguided or misapplied ideology. Blind, slobbering greed is the prohibitive favorite in any race against any foe.

Friday in Kansas City, another Yankees game will be removed from its broadest view — free, over-the-air television — in favor of a microscopic audience to comply with dead-of-night deals to auction exclusivity to at least 24 Yankees games this season to big tech Amazon or Apple.

Though the first few are free, MLB has fallen hard for its cut to become bait for pay-walled streaming delivery. And as lately seen in the folding of CNN+, you can’t pull the wool over the eyes of sheep already shorn.

So the practical question remains: Who’s staffing the complaint counter? Why, with baseball losing fans as it remains stubbornly stuck in self-destruction, would MLB, and its most famous team, agree to further minimize their audiences? And why, for crying out loud, allow Friday night games to be those most sacrificed to this scheme?

What short- and long-term best interests of MLB are served by these new, some horribly produced, tough-to-find “telecasts”? Who signed off on them? Hal Steinbrenner, Yankees president Randy Levine? What was Rob Manfred’s input beyond, “How much?”

How does MLB combat deteriorating interest by intentionally minimizing total viewers? Had practical sense been applied to these decisions, MLB and the Yankees (and the Mets, who have sold fewer exclusively streamed games) by now would have been eager to tell us.

But not a word, the same greed that has left the good-to-best seats shamelessly empty of “guests,” as Yankees broadcasters must reference customers, since this Yankee Stadium opened in 2009 is the only practical answer left to those who try to apply the practical.

“That was the 15th Yankees game this season not seen on TV due to streaming. And if you switch to Geico, 15 minutes could save you 15 percent on car insurance.”

Some questions are simply harder to answer

Reader Peter Dowd, with pun intended, asks what the odds were that the fellow in Philadelphia who waited in the parking lot to accost home plate ump Angel Hernandez after the Mets beat the Phillies “had a bet on the game,” especially per MLB’s urgings?

Will the day arrive when YES’ Yankees announcers cease treating us as if we’re either sightless, stupid or both?

Tuesday, Anthony Rizzo hit a homer that was nearly caught by the right fielder. Michael Kay and David Cone took turns noting it barely cleared the wall. “As close as close can be,” Cone said, “By a foot!”

Got it. Saw it. Impossible to miss. So was the fact that Rizzo strolled out of the batter’s box, watching instead of running, playing Aaron Boone-approved baseball. But Kay and Cone gave that the ol’ Sgt. Schultz.

How is it that friends and readers in Florida knew WR Kadarius Toney, rapper name Yung Joka, was a bad character risk when he was a student-athlete at Reprobate U. — the University of Florida — yet the Giants drafted him in the first round?

Then there was Toney’s speaks-for-itself Twitter defense of Raiders WR Henry Ruggs III last season, after Ruggs was charged with DUI vehicular homicide for smashing his car at a reported 156 mph on a Vegas street, killing a young woman and her dog:

“We young…..everybody make mistakes….y’all lookin at the situation like ‘this or that’ kuz it ain’t y’all…having so much too say….he know he messed up don’t drag em for it.”

Carlos, Cameron talk too much

In Cameron Maybin and Carlos Beltran, YES has hired two more Ready! Fire! Aim! television announcers. Both are clearly under the full impression that they’re supposed to talk, talk, then talk some more, even when there’s nothing worth saying.

One is left to wonder if this will persist or if YES, if there’s someone who knows bad from worse, helps them — not to mention viewers. Both men seem eager — too eager — to please. So why wouldn’t they be equally eager to improve?

Still, Beltran actually spoke a sweet thought in addressing pitcher Nestor Cortes’ tenacity to become a good pitcher after a dubious start: “When you face adversity with a good attitude, the universe gets back to you.”

Instead of the “Best Bat-Flips” reels, MLB Network should include a weekly “The Best of Nick Ahmed.” The superb defense of the Diamondbacks’ shortstop, who played at UConn, should be generously shared before MLB outlaws the position to create more runs.

In the Nets’ Game 4, a 116-112 elimination loss to the Celtics, Brooklyn’s Nic Claxton was 1-for-11 on free throws. Yet, free-throw stats have nearly been eliminated from NBA telecasts as important. As absentee “co-management” appointee, Kyrie Irving must’ve overlooked Claxton’s poor free-throw shooting throughout the season.

If Pete Alonso remains eager to prove he’s a foul-mouthed braggart, he has again succeeded!

Sun May 1 , 2022
What a week for Disneyland. Big nighttime entertainment has returned, sparking renewed energy in the parks. Along with the thousands of twinkling lights, character meet and greets are back as well, helping pack the parks. But there’s lots more going on behind the scenes. Everyone wants to know if the […] 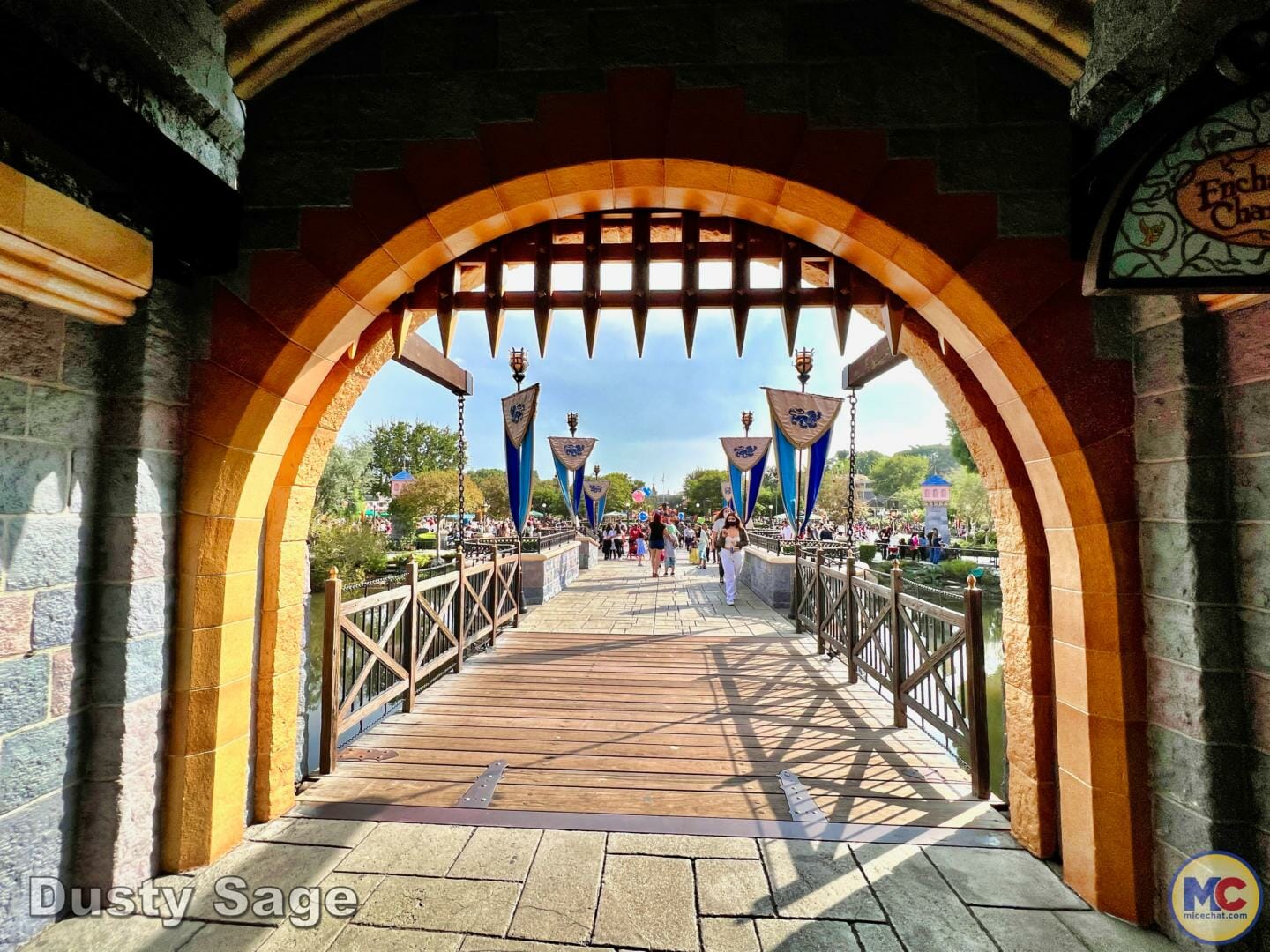