The National Football League draft took over the Las Vegas Strip for a few days in late April. Caesars Entertainment (CZR) – Get Caesars Entertainment Inc Report hosted the league’s biggest offseason event at a stage constructed near The Linq, placing the heart of the action near a variety of its properties as well as locations owned by rival MGM Resorts International (MGM) – Get MGM Resorts International Report.

And while just a few years ago, Las Vegas was off-limits to major sports franchises, the new reality had draft-based betting in sight of the stage where the newest draft picks headed for an uncomfortable-looking handshake with NFL Commissioner Roger Goodell.

The Draft brought the eyes of the sports world to Las Vegas capping off what has been a quick ascension. It’s a rise that started with the federal government clearing states to allow sports betting which made Las Vegas less unique when it came to tempting athletes to betting on games (which is still highly not allowed by any league).

That led to the NHL’s Las Vegas Golden Knights, an expansion team, moving into T-Mobile Arena, which sits nestled between multiple MGM casinos and near ones owned by Caesars. The NFL followed with the former Oakland Raiders building Allegiant Stadium just off the Strip and, well, once the biggest league of them all says Sin City is okay, it clears the way for every major (and some minor) sports to set their sites on Las Vegas.

Most cities rely on locals to fill seats at sporting events. That’s a model that often depends on the team actually being good which explains why franchises like the Miami Marlins struggle to attract fans despite being in a city that’s a tourist destination.

The reality is that few people visit Miami to see their favorite team play the Marlins. That’s partly because the stadium isn’t all that convenient and partly because there’s no buzz around seeing a game in the coastal city.

Las Vegas does not need locals to attend sporting events for them to sell out. The city has a nearly endless supply of tourists filling its hotels and casinos, some of whom may fly in for the sporting events, others who may just buy or seek tickets because an event is happening

Casino players like MGM and Caesars (but not limited to those two) can fill their properties using game/event tickets to draw in high rollers. It’s an ecosystem that pretty much guarantees success for sports franchises which explains why Major League Baseball’s Oakland Athletics have been negotiating for a home on the iconic Las Vegas Strip while multiple NBA teams have been eyeing the multiple NBA-ready arenas being built on and near the Strip.

Las Vegas also has the 2024 Super Bowl and in November 2023 will host a dramatic Formula 1 (F1) race that will at least partly take place on the Las Vegas Strip itself. Now, Liberty Media (LSXMB) – Get Liberty Media Corp. Series B Liberty SiriusXM Report, the parent company of F1, has made an even bigger bet on Las Vegas.

Miami and Austin, Texas already host F1 races. Las Vegas will become the third U.S.-based race when it joins the circuit in 2023. Liberty Media, however, clearly has long-term plans in Sin City as CEO Greg Maffei said the company has purchased a $240 million 39-acre site east of the Strip for $240 million, the Las Vegas Review-Journal reported.

He spoke about the purchase during the company’s first-quarter earnings call and did not share a lot of details other than saying the deal would help “to lock in circuit design.”

“We don’t have any other financial details yet to release on what else will be spent on that site,” Maffei told analysts.

The company did send an email to the newspaper on May 6 saying that the site would be used to “create capacity” for hospitality and race-support venues. Liberty Media has not commented on whether a racetrack or some sort of year-round tourist attraction would be built on the site.

F1 will make its return to Las Vegas on Nov. 23 with a 50-lap race which will take place partly on the Las Vegas Strip.

“This will be a Saturday night race down the iconic Strip,” F1 CEO Stefano Domenicali said during the earnings call. “We cannot think of a more perfect marriage of speed and glamour.”

The race weekend should be one of the biggest events of the year for Sin City pushing strip casinos to capacity while giving Caesars, MGM, and other players another big-ticket opportunity to take care of their best customers.

Sun May 8 , 2022
Not since American Idol’s supposed “series finale” in 2016 — when Fox canceled the long-running and much-loved talent show, only for ABC to swoop in and reboot it just two years later — had there been such a bring-all-the-feels nostalgia night as Monday’s “Great Idol Reunion” 20th anniversary special. We […] 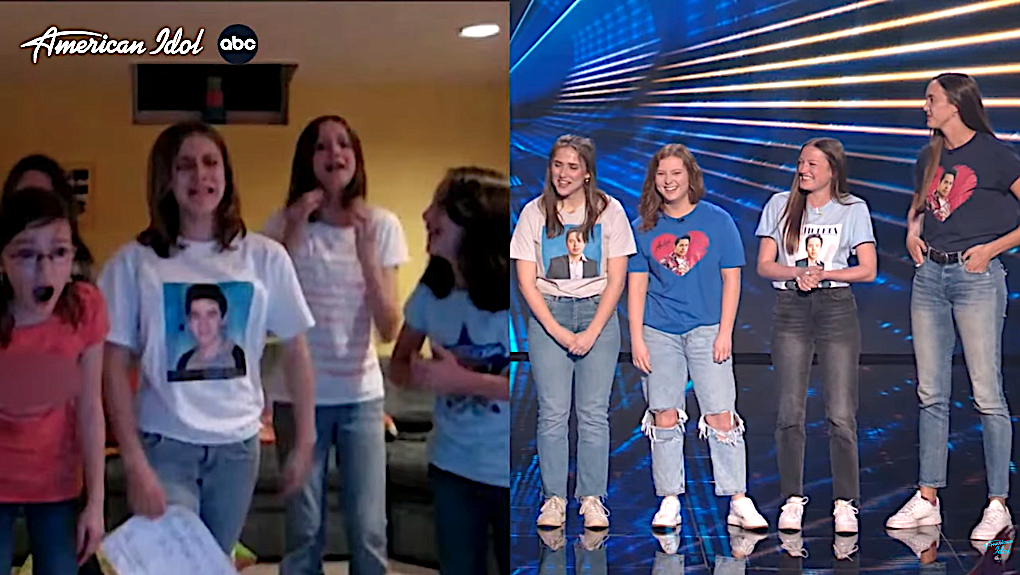