By Monica Laliberte, WRAL executive producer/5 On Your Side reporter

A husband and wife received the same medical test at different locations. One was charged $500, the other — more than $5,000.

They contacted 5 On Your Side’s Monica Laliberte with one major question: How is this possible?

Maneuvering through medical bills and insurance can feel like being lost in a maze – so many different bills, insurance types and co-pays. On top of that, the price for the same service can be very different depending on where you go.

The cost of a CT scan sent Dan McMullen and his wife through a financial maze after she ended up in the Emergency Department at Johnston Health in Clayton. Her CT scan confirmed kidney stones. Treated, she went home.

“It was late at night, so none of the urgent cares were open,” said McMullen. “When I got my wife’s bill, I almost went through the roof.”

McMullen had gotten a CT scan on his lungs at Raleigh Radiology in Clayton.

“No way can you justify to me why her CT scan could cost 10 times more than mine!” he said.

So why was his wife’s CT scan so much more expensive than his?

“We’ve seen the prices for the same service can vary by thousands of dollars, depending on the place. And the services may not have any differences in complexity or, how sick the patient is or how well-trained the providers are,” says Krutika Amin, who works with the Kaiser Family Foundation, a non-profit that focuses on national health care issues.

He says it’s outrageous to know these huge price gaps exist within our healthcare system.

Our 5 On Your Side Investigation compared rates within the UNC Health system using the same exact scan, with the same billing code and same insurance criteria.

The most expensive, $5,568, at Johnston UNC Health, where McMullen’s wife had her scan.

Experts we talked to for this story tell us those list prices are a starting point for negotiations.

UNC Health spokesman Alan Wolf says several factors play into why charges can vary so much, including, he says, “body part and complexity of scan.”

He also says the cost “is also tied to the expense of running a 24/7 operation” and “the classification of a hospital.”

Raleigh Radiology, where McMullen had his scan, that was almost $2,000 less than the lowest cost at a hospital. They said their prices are the same at all locations. One reason for that consistency: Facilities like this can quickly accommodate more patients, and so costs are distributed between more people.

“We just have this piecemeal of a health insurance system in our country where there’s not one payment model that every hospital or a doctor is base-lined off of,” said Amin.

How to save money on medical procedures

When possible, patients should price shop.

That’s what the McMullen are now trying to do, after their latest bill that shows their out-of-pocket at more than $3,100 for their entire visit.

“You know, they leave it at that exorbitant amount. They expect us to pay on the original bill that they sent us. They’re going to get $30 bucks a month for the next five or ten years before I pay it off,” said McMullen. “If they get it down to a reasonable amount, I’ll pay it off right away.”

Another medical maze: In network and out-of-network, which the government just took steps to help alleviate.

So how do you save? Tuesday at 6 p.m., we’ll look at an option the state’s largest health insurer offers its customers. Are you using it?

Sat Jan 29 , 2022
As battered-down meme stocks fall out of fashion a year after the craze began, some gaming industry analysts say online sports betting apps could see a flood of new wagers. Over the past 12 months, mentions of GameStop on the Reddit board WallStreetBets have fallen slightly, by 1.45%, according to […] 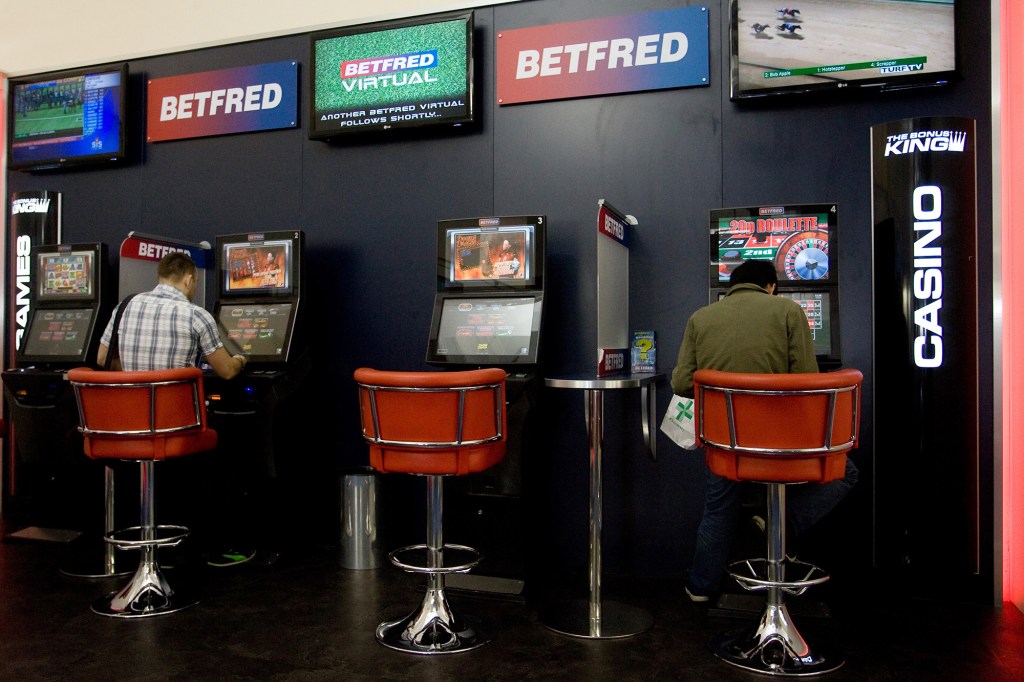