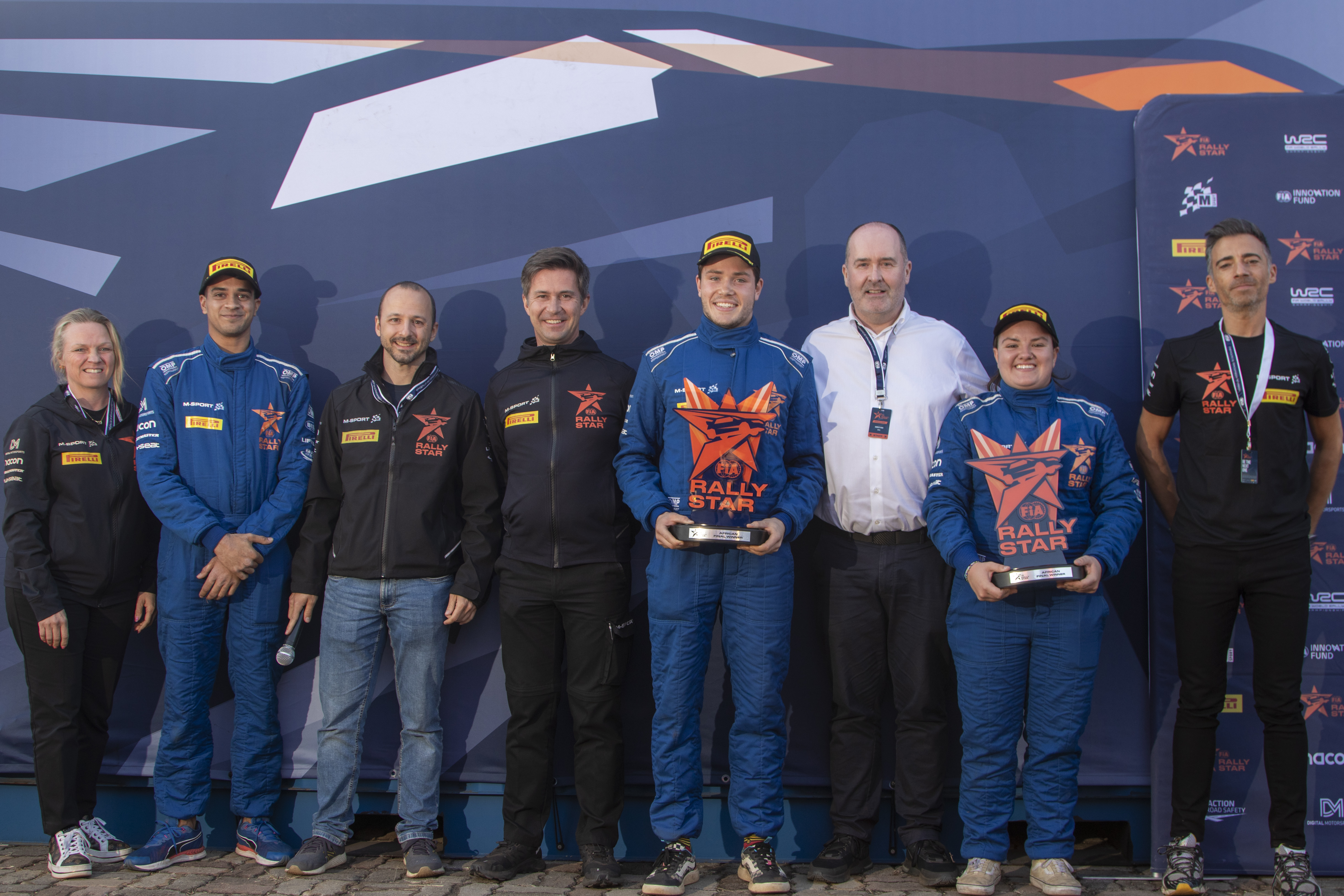 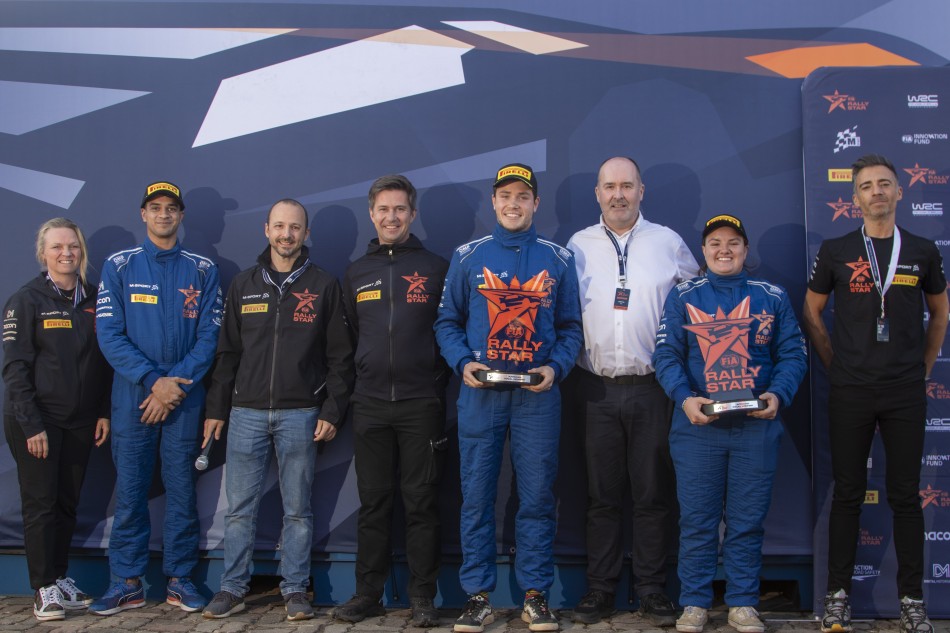 Zwartkops Raceway near Pretoria welcomed 28 drivers from eight countries on Friday with 14, including two females and two from Saturday’s Digital Challenge, progressing through to the last day of action today (Sunday).

They began the day with a physical test to demonstrate their fitness levels. They then took to one of the Pirelli-equipped TN5 Cross Car from Thierry Neuville’s LifeLive organisation to showcase their driving talent on the mixed-surface stage, which was run in an opposite direction to Saturday.

Following the timed cross car runs, the 14 contenders carried out reflex testing before they were interviewed by the Jury. It was composed of its Chairman, Robert Reid, the winner of the 2001 FIA World Rally Championship for Co-Drivers and FIA Deputy President for Sport, Pirelli’s Alberto Ferloni and Maciej Woda, from M-Sport Poland. Former rally drivers, Pernilla Solberg and Alexandre Bengué, were also part of it.

Title-winning South African rally driver Guy Botterill was in attendance on all three days of the African Final in his role as driver advisor.

After extensive deliberation by the Jury, Max Smart was chosen as the FIA Rally Star African Final winner. In addition to six rallies in an M-Sport Ford Fiesta Rally3 during the FIA Rally Star Training Season, Max Smart can look forward to a programme of physical and intellectual assessment, driver coaching and testing to equip himself with the skills needed to forge a possible future career in the WRC.

Max Smart, 19, from South Africa, FIA Rally Star African Final winner: “It’s a dream come true! I’m shocked, I believed in myself since the start of the competition and I’m so happy to have won. I’m looking forward to the future now while representing my country South Africa, I’m speechless.”

Kristie Ellis, 20, from South Africa, FIA Rally Star African Final winner: “It’s surreal, I’m still sinking in, but it’s a great feeling! I always believed in myself after the first day I was the slowest of the female drivers, but I gained confidence throughout the event. I’m looking forward to the women’s final in a few months, will practice and will be prepared for it but I cannot wait for it.”

Robert Reid, FIA Deputy President for Sport & Jury Chairman:“Rally Star is an important program for the FIA, it allows us to take rally and cross cars regionally because it is very important for us to find talent, not just in Europe but all over the world and show that it is possible to come from other regions and be part of the World Rally Championship.

Digital is really interesting, particularly in talent development for competitions that we have here. It is possible to qualify through #RallyAtHome challenge as well as slalom challenges, but even for the drivers that don’t make it on times through to day one and two, can requalify with the Digital Challenge, so it’s becoming a more and more important part of competitions like this.

It’s not just speed on the track that we have been looking for this weekend, we are looking to gage a future potential. This program goes on for a number of years so we want somebody who can win in two- or three-years’ time, and we’ve measured that in different ways, we’ve looked at fitness, at their reaction times, we’ve had a lengthy interview, we’ve had feedback from the driver coach, from the mechanics. We’ve really been really looking at these drivers very carefully over three days taking all the data we have to make the best choice we can for a future potential star from the African continent.”

Alberto Ferloni, Jury member & Rally Customers Technical Assistant at Pirelli: “It was very exciting to be part of the jury during the FIA Rally Star African Final. It was a tough decision, but the jury members consider many factors during their selection, the driver doesn’t only need to be fast, but he also needs to be able to work within a team with a great spirit. It was important for us to select a winner who has great potential in the future, as the goal for him isn’t only to win the Junior World Rally Championship, but to become a WRC champion in the coming years.”

Pernilla Solberg, Jury member & Former rally driver: “There have been so many great drivers during this event, what stood out during this event was that they all helped and encouraged each other during the event, even if they came from multiple countries in Africa, so the atmosphere was great and very special, thanks to them.”

Alexandre Bengué, Jury member, Former rally driver: “It was a fantastic event. As a driver advisor during the European Final, it was very different to be part of the jury panel for the African Final, as I was able to see the competition from a different point of view. It was nice to know a bit more about the competitors while we were going through the interviews with them. It was important took take into account not only their raw speed but also their determination, reflexes, and physical abilities to choose the winner.”

Apart from any initial registration fee to take part in a national selection event, plus travel costs to and from national selections and the Continental Final, all other costs are covered by the FIA with the support from the FIA Rally Star partners. Including, M-Sport, Pirelli, the FIA World Rally Championship, Nacon, Thrustmaster, Playseat, Digital Motorsports, OMP and LifeLive.

Taking into account the FIA Rally Star Training Season in 2023, plus two years in the Junior WRC, that essentially means three seasons of rallying free of charge for three drivers. Furthermore, all FIA Rally Star Team members will benefit considerably in terms of the experience and skills gained in 2023, plus the opportunity to showcase their ability to media outlets and potential sponsors and partners, rally teams and car manufacturers.

Mon May 30 , 2022
Some of the best-made relationships in business begin with constant communication between a company and its client to establish mutual trust and a deeper understanding of each stakeholder’s mission and purpose. Being the new kid on the block in an oversaturated market may seem intimidating at first, but it gets […]