For decades there was a simple, though often costly, way to watch sports at home — buy a cable or satellite TV package.

If you were a fan of the Cardinals or Blues, you’d get every game that was televised — and in recent years that was just about all of them. Most were on what now is Bally Sports Midwest, the others on a network that was carried elsewhere on most systems whether it be Fox, FS1, ESPN, ESPN2, NBC, NBCSN, etc.

But “cord cutting” has become widely popular, as customers weary of paying a significant amount each month for hundreds of channels — most of which they do not watch — have opted for newer online streaming services that offer streamlined and lower-priced options. As time passed, many young people getting old enough to be making their own purchasing decisions didn’t even reach cord-cutting status — they never bought a cable/satellite package that they could cut. They have been streaming-only all along.

The impact of all of this is huge. A Pew Research Center survey said the percentage of U.S. homes buying cable or satellite TV fell from 76% in 2015 to 56% last year.

Of course sports leagues want to cash in on this significant migration and have been moving more and more events to streaming-only services in recent years. MLB has exclusive deals with Apple TV+ and Peacock. The NHL has games only on ESPN+ and Hulu. Some European soccer games only are on Peacock and Paramount. And the king of all U.S. sports, the NFL, is moving its Thursday night package from Fox solely to Amazon Prime this season.

The trouble is that while many of these outlets are much cheaper individually than a cable/satellite package, none of them have all the games that the traditional providers used to offer. So for fans who still want it all, the cost of streaming services begins to add up. So does the frustration of having to know where to look for the productions.

We have traded the simplicity and convenience of one-stop shopping, with one payment a month, for a maze of options with multiple bills that in the long run might not be all that much cheaper — if not even more expensive.

Then there is a growing array of non-sports programming options on streaming services that do not interest all customers. Sound familiar?

“We have been looking for ways to increase reach for our games on a national scale,” Garden said. “And even in the local market, the traditional (cable/satellite) bundle has been under pressure. On top of that, you’ve got the combination of cord-cutters and, more importantly, cord-nevers. And so the opportunity to have a partner such as Apple, who can distribute our product — in this case, doubleheaders on Friday nights — to a huge domestic but also international audience is something that appealed to us.

“The other big thing for us, at least initially, is that this is free. … You don’t need to be a subscriber to Apple+ to access it. We’re pretty excited about it.”

But that free look is expected to be temporary.

“They have the ability to put it behind a paywall,” he said. “That is something I would probably expect them, on some level, to do.”

How does this setup benefit the fan, he was asked.

“… If you look at what happened in the pandemic, and behavior with streaming in general, it’s become mainstream. Look at the Oscars. ‘CODA’ just won the (best picture) Oscar. That’s a movie that was only streamed.

“I think the conversation a few years ago of, ‘Hey, you’re streaming something and that is somehow going to negatively impact the viewership,’ I don’t think that’s the reality anymore.”

Still, Garden stressed the importance of the long-existing cable/satellite model.

It “is still the most important for us,” he told the Times. “I think what you’re seeing on the streaming side is just a recognition that there are a lot of people that fall outside the bundle. … If you take some of these national games, the idea is to reach a much broader audience. That’s the goal. If we didn’t think that was going to be the effect, we certainly wouldn’t do it. We don’t want less people viewing our content.”

As fallout of all of this shuffling, some programming providers in both the old format (Dish Network) and the new (Hulu Live, FuboTV, Sling TV and YouTube TV) are not picking up regional sports networks such as Bally Sports Midwest because they do not want to pay the fee they’d be charged.

And there has been a big pullback on Wall Street this week for some major streaming services, and in a striking move it was announced Thursday that CNN+ is folding after less than a month.

When a story about the pending move of some MLB games to streaming appeared a few weeks ago in the Post-Dispatch, an online reader who goes by “Uncle Ron” had the following comment:

“I will be MUCH less of a fan this year with the TV coverage requiring multiple subs and fragmented all over the place, and games actually totally blacked out (to those who do not stream). These greedy non-fan owners and streaming services and cable companies can go to the devil.”

But the bottom line is stark. Forbes, which covers financial news, reported the Apple deal brings $85 million per year to MLB and the Peacock arrangement is worth $30 million annually.

NBC Sports is producing the Sunday games on Peacock (both are divisions of NBCUniversal), and NBC Sports president of programming Jon Miller stressed the financial impact.

“MLB was not able to achieve huge (revenue) increases from (cable/satellite) broadcasters like they had in the past and that’s not uncommon,” Miller said on a recent SportsPro podcast. “There are sports that need to get younger, and streaming has a much younger audience. I think (MLB officials) are recognizing they may have to sacrifice some larger audiences for a more targeted (streaming) circulation.”

How to watch Friday’s Cards-Reds game, which only is on Apple TV+: https://tinyurl.com/yyywyrz2

Mon Apr 25 , 2022
Competitive Social Ventures (CSV) Thursday announced it will be opening its sports entertainment concept Fairway Social at Trilith, a 235-acre master-planned residential and mixed-use project that is adjacent to Trilith Studios. Sign up now to get our Daily Breaking News Alerts Opt out at anytime The first Fairway Social location […] 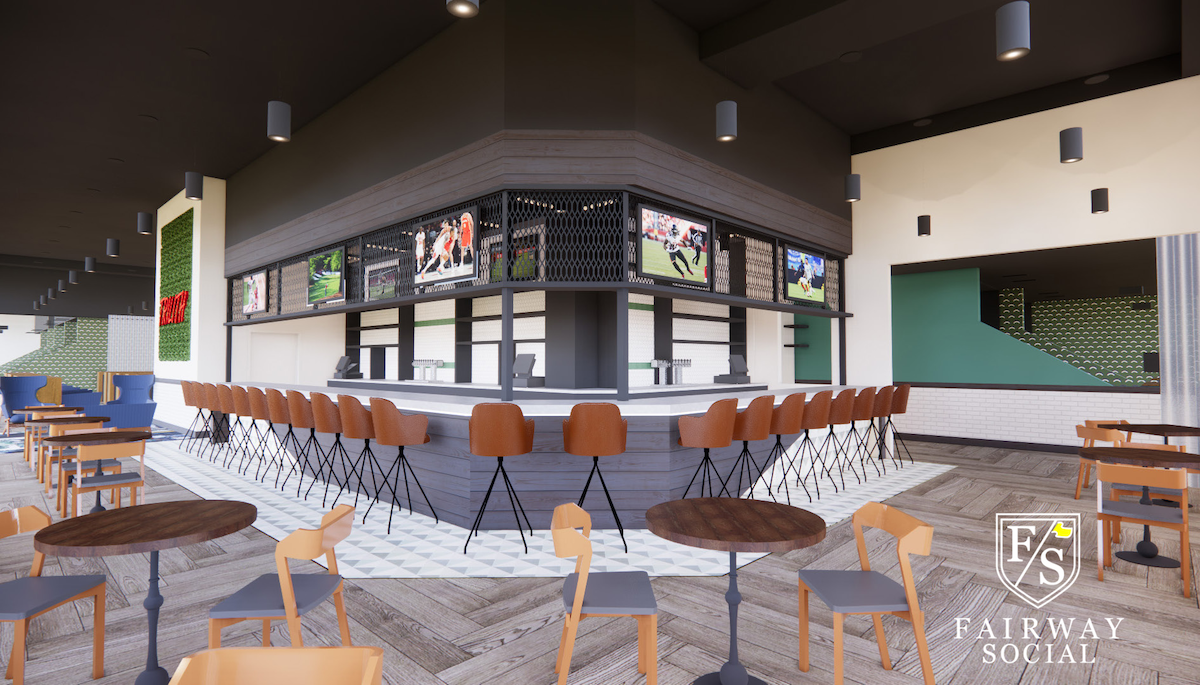