Airmen are upset by a decision to keep the former enlisted superintendent of one of the Air Force’s largest inpatient medical facilities in her job after an investigation found she abused her authority by playing favorites and undermining other subordinates over two years.

Chief Master Sgt. Lisa Williams, who until recently served as the top enlisted leader of the 633rd Medical Group at Joint Base Langley-Eustis, Virginia, joined the Langley hospital in February 2019, according to her official biography. The group boasts a $74 million budget and 1,400 staffers handling more than 109,000 beneficiaries in eastern Virginia.

Through her own Facebook posts about drinking with subordinates, interference with personnel decisions and enlisted performance reports, and off-putting comments about minority airmen, Williams cultivated a culture of secrecy and spite that overshadowed group operations, according to Air Force members and an investigation ordered in November 2020 by Col. Clinton Ross, then-633rd Air Base Wing commander.

“These actions were corrosive to good order and discipline and against specific Air Force Instructional guidance, and were only in her own personal interest,” the investigation report said.

Air Force Times obtained two different, partially redacted copies of the report that was issued in December 2020 on the heels of a related inspector general inquiry. While some claims about her nearly two-year tenure were somewhat or fully substantiated, others were not.

Three airmen told Air Force Times that Williams’s overreach hurt their military career prospects and their mental health, helped by Col. Craig Keyes, the former group commander, who airmen said would approve anything she wanted — a perception backed by the investigation. The airmen requested anonymity because they feared professional retribution.

Airmen said they felt the group members who received preferential treatment were the airmen who partied with Williams. But the investigator noted that while some airmen who were chosen for key jobs — particularly in efforts to fight the coronavirus pandemic — were seen as Williams’ favorites, they were also “recognized as the go-to airmen who get the job done and [could] be counted on.”

Still, those who were not in the superintendent’s good graces suffered professionally and personally.

One substantiated allegation was that Williams wrongfully influenced another subordinate’s enlisted performance review, which helps decide the direction of the airman’s career. That airmen was previously chosen as one of the Air Force’s 12 Outstanding Airmen of the Year.

The senior noncommissioned officer, who Williams “bullied and scapegoated,” had their job assignment canceled and their career path changed — though it’s unclear who was responsible, according to the report.

The SNCO was punished over an impartial inspection that the airman requested to help their section pass a headquarters-led review, saying the visit “revealed several deficiencies and alarming trends within the flight,” the report said. But the investigator came to the airman’s defense.

“During my investigation, I found a motivated SNCO, what you would envision as [one of the] 12 Outstanding Airmen of the Year, who was actively seeking help … and aggressively working malnourished programs suffering from mismanagement due to years of leadership turnover,” the report said.

One master sergeant who previously worked in the group called their time under Williams’ leadership “probably the darkest period of my whole career.”

“I don’t think that anybody would ever not provide good patient care to anyone. That goes against everything we learn in school,” the master sergeant said. “But I think that their mental well-being is definitely affected because of her behavior.”

Nonwhite airmen felt particularly singled out, saying Williams favored a clique of their white peers for prime jobs, praise and awards despite being younger or less experienced.

“I don’t necessarily think it’s a racism thing, but it is coincidental,” another senior member of the group told Air Force Times. “Then that complaint is substantiated, and then the white colonel group commander [and] white colonel wing commander decided not to remove her.”

The senior member added that airmen also complained of Williams’ discrimination against minorities in responses to a survey distributed by an on-base diversity and inclusion group. Williams denied she was at fault, the senior member said.

While airmen argued that Williams hand-picked people to receive accolades and awards, evidence submitted as part of the investigation refuted that claim, the report said.

Williams refused to be interviewed by the investigator but later agreed to answer their written questions, though the report appears to deem the response vague and evasive. An update that did not change the outcome was added on Feb. 14 after Williams cooperated.

After the investigation ended, Williams was let off with a warning and remained in a position to evaluate her subordinates’ performance reports, despite the conflict of interest posed by the allegations, the senior group member said.

“It’s an absolute slap in the face,” the master sergeant added. “She got [a letter of reprimand] from the wing commander and still gets a decoration and gets to retire and sail off into the sunset, not really being held accountable.”

Williams stayed in her job until this summer, when she left to recover from a medical procedure ahead of her previously planned retirement on Nov. 30, airmen said. Chief Master Sgt. Sherod Thompson replaced Williams Aug. 31, said Staff Sgt. Delaney Gonzales, a spokesperson for the 633rd Air Base Wing.

Col. Anne Marie McCain replaced Keyes as the medical group commander on July 22, though Keyes and Williams were still listed as the group’s leaders on the base website as of Thursday. Col. Gregory Beaulieu took command of the 633rd Air Base Wing on June 25 as well.

Gonzales declined to comment on the specifics of the situation.

“The 633d Medical Group leaders encourage honest and respectful reflection, internally and externally, to foster a culture of inclusion and understanding. As a result of the commander-directed investigation, appropriate administrative actions were administered by the command to CMSgt Williams,” Gonzales said in an Aug. 27 email. “Details of those administrative actions are covered by the Privacy Act and cannot be released.”

About two months after Williams left, another senior enlisted airman said new leadership has “been like a breath of fresh air.”

“Everything’s been transparent,” the airman said. “There were times where commanders were … mad because they were not privy to certain information. That’s not happening right now.”

“I actually like coming to work now,” the airman added.

Rachel Cohen joined Air Force Times as senior reporter in March 2021. Her work has appeared in Air Force Magazine, Inside Defense, Inside Health Policy, the Frederick News-Post (Md.), the Washington Post, and others.

Selling Homes Privately, via ‘Pocket Listings,’ Is on the Upswing

Tue Oct 5 , 2021
“Since the pandemic, real estate professionals have found ways around the policy,” said Matt Lavinder, president of New Again Houses, a home-flipping company. Brokers are using WhatsApp, Discord and Telegram chats to privately share listings as well, he said. “This has become a secondary market.” Pocket listings exist in a […] 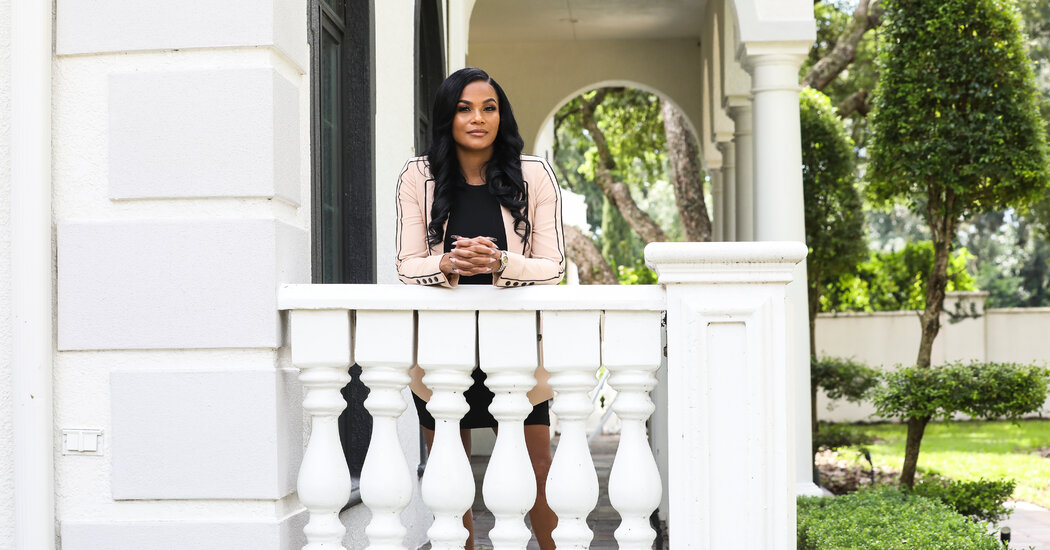