The Covid-19 pandemic has taken an especially heavy toll on women around the world. By January 2021, nearly 3 million women had dropped out of the workforce in the U.S. alone. Worldwide, women lost more than 64 million jobs and at least $800 billion in earnings last year. As a result, the time it will take to close the global gender pay gap has increased from 99.5 years to 135.6 years, according to the World Economic Forum.

The issues are achingly familiar: inadequate childcare, the double shift of managing work and home, stress, a lack of opportunities, low pay and more. In many cases, Covid merely amplified that burden to the point that many women left.

And yet from this devastating crisis has come some of the most meaningful signs of progress. Congress is debating support for childcare and eldercare. Remote work has grown from being a perk to a priority. While the talent shortage is making it harder to find caregivers, it’s also enabling smart employers to make their efforts to promote and support women as a magnet for attracting talent.

Forbes has teamed up with market research company Statista to identify the companies leading the way when it comes to trying to support women inside and outside their workforces with our inaugural ranking of the World’s Top Female-Friendly Companies. The list was compiled by surveying 85,000 women in 40 countries. Respondents were asked to rate their employers on criteria such as pay equity and parental leave. Statista also asked women to assess how companies use their platforms and marketing messages: to promote gender equality or to perpetuate negative stereotypes? Representation at the executive and board levels were taken into account, too.

Some goals remain elusive. Of the top 300 companies, only 20 are helmed by a woman. One is the Hershey Co., which clinched the No. 1 spot. CEO Michele Buck became the first woman to lead the chocolatier in its 127-year history when she was promoted to the top job in 2017. Today, women make up 42% of the Pennsylvania-based business’ board. By 2025, it aims to increase the percentage of women in its workforce to 50% and in leadership to 42%, up from the current 48% and 37%. After achieving pay equity in the U.S. in 2020, Alicia Petross, Hershey’s chief diversity officer, says the company is now setting its sights on closing its pay gap globally.

“I’m delighted that we are at this pay equity moment for women in U.S. salaried roles and also for people of color in U.S salaried roles,” she says. “Pay equity is a vital component to ensuring that women continue advancing in this industry and in others.”

To reach its goals, Hershey launched at the height of the pandemic an initiative called the Pathways Project—a five-year plan to make its workplace and communities more inclusive—and the HSY Care Connect app. The product of a collaboration between the human resources team and women’s business resource group, the app provides childcare, transportation, tutoring and elder care resources.

Meanwhile at Zoom Video Communications, No. 9 on this list, Chief People Officer Lynne Oldham says the Silicon Valley tech company has redesigned its recruiting and hiring strategies, diversifying its pipelines, revising job descriptions so that they feature inclusive language and introducing uniformity to its interviewing process in an effort to reduce bias and increase the number of female hires.

“Sometimes you’re looking for yourself across the video screen,” Oldham says. “The structured interviewing process was really important because that really brought us to that goal of making sure that in an interview, we approach it from a structured, uniform, transparent way that helps us reduce our bias and gives us the ability to process more efficiently over time.”

Zoom has also sought to support women through partnerships with charities such as If Chloe Can, a U.K. organization that hosts workshops and connects teens with mentors to prepare them for the workforce. When amid stay-at-home orders it was unable to continue with its usual in-person operations, Zoom stepped in, offering to facilitate their programming through its services free of charge.

The Estée Lauder Cos. has also made philanthropy a priority. Since 1989, when Evelyn Lauder, daughter-in-law of the company’s founder, was diagnosed with breast cancer, the storied cosmetics company has made a commitment to raising awareness of breast health (Lauder is credited with having helped create the iconic pink ribbon) and money for research, donating more than $99 million in the past three decades.

More recently, the New York-based brand has partnered with Amanda Gorman, who since becoming the youngest inaugural poet in U.S. history last year will create with Estée Lauder a $3 million literacy initiative for women and girls. It’s also joined the United Nations Foundation’s Five for 5 Initiative, through which it’s committed to achieving goals such as achieving gender pay equity by 2023 and expanding its women’s leadership development opportunities. Sara Moss, vice chairman at the company, says it already has in place a mentorship program, as well as a task force focused on expanding benefits, such as child and eldercare, that will promote gender equity.

“We have the culture, as well as the strategy and, frankly, the evidence that we promote and support women,” Moss says, noting that 82% of the company’s global workforce is female. Women hold 59% of positions at the global vice president level and above, and 44% of board seats. “That tells women looking at the company, you can be successful, you can be anything you want at this company because we’ve demonstrated that. Not just this year or last year, but over the course of history.”

To compile the list, Statista surveyed 85,000 women in 40 countries. All surveys were anonymous, allowing participants to openly share their opinions. Respondents were asked to rate their employers’ performance on gender-related criteria and their willingness to recommend their employer to others. They were also asked to evaluate other employers in their respective industries. Statista also asked respondents to rate companies based on their corporate responsibility, marketing campaigns and public perception, as related to gender equality. The final list ranks the 300 companies that received the most recommendations and boast the most gender-diverse boards and executive ranks.

Opinion: Google engineer: What my own health scare taught me about the sharing of medical data

Wed Nov 3 , 2021
The next day, much to my surprise, I was taken to the hospital and admitted to the acute medical unit with a platelet count of one (the normal range is 150 to 300). My doctors struggled to piece together my record and quizzed me on my medical history in order […] 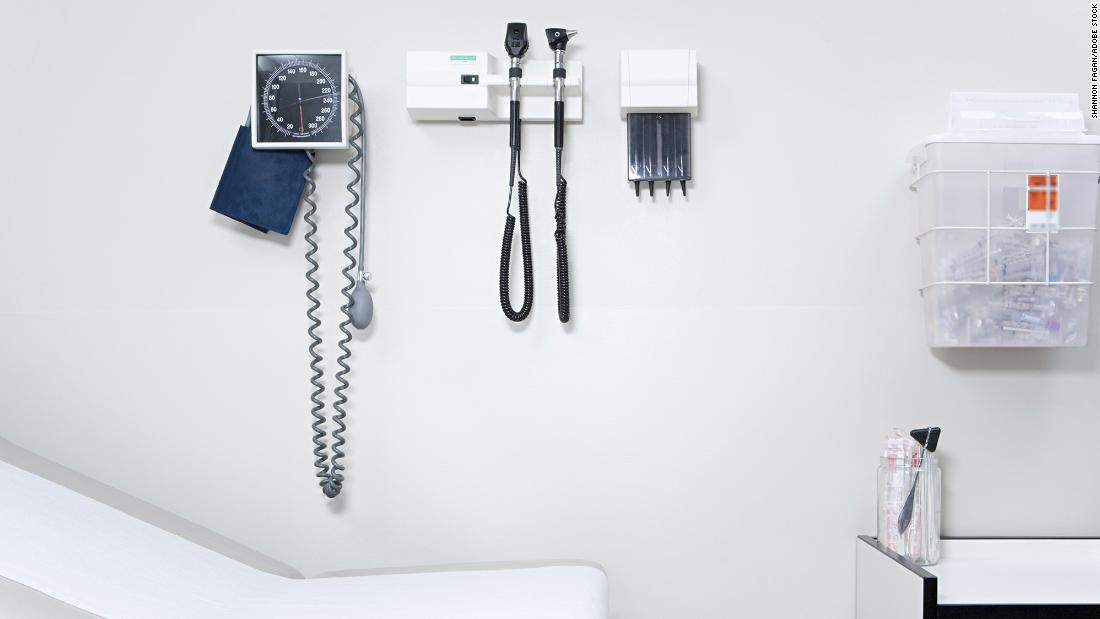