When Ruth Hamilton awoke on October 3 to the sound of her dog barking, followed shortly by an explosion and drywall debris falling on her face, she was afraid there was an intruder in the house, she tells Claire Palmer at the Pipestone Flyer. She was on the telephone with an emergency operator when she noticed a dark gray rock behind her pillows that matched the fist-sized hole in her ceiling.

The police officer who visited Hamilton’s home in Golden, British Columbia, first suspected a nearby construction site might have been to blame for the projectile. But there was no blasting at the site that night. Instead, the construction workers tipped the officer off to another explanation. They heard booming and saw an explosion in the sky just before Hamilton reported the impact.

“The police officer came back in and said: ‘Well, I think you have meteorite in your bed,’” says Hamilton to CTV News Vancouver’s David Molko.

The meteorite weighs about 2.8 pounds and is the size of a large adult fist, per John Yoon and Vjosa Isai at the New York Times. Hamilton shared the meteorite with researchers at the University of Western Ontario, which has a collection of meteorites, so they can study the extraterrestrial intruder.

“It’s certainly a meteorite,” says University of Western Ontario meteor physicist Peter Brown to CBC News. “Everything about the story was consistent with a meteorite fall, and the fact that this bright fireball had occurred basically right at the same time made it a pretty overwhelming case.”

The researchers plan to to gather images, measurements and possibly samples of the meteorite, per CTV News. They are also asking residents near Golden to check for video, such as dash cam footage, from October 3 at 11:33 p.m. that may have captured a glimpse of the fireball. Researchers can use video to reconstruct the path that the meteorite followed from the asteroid belt to Earth, says Brown to the Vancouver Sun.

On average, fewer than ten meteorites are recovered each year; most meteors burn up in the atmosphere, and many land in the wilderness or the ocean. But just last year, a meteorite crash-landed in an Indonesian home, Andreas Illmer reported for BBC News at the time. Only one person, Ann Hodges, has ever survived a meteorite strike. Like Hamilton, Hodges was at home when the meteorite burst through the ceiling. The nine-pound meteorite bounced off a radio and hit Hodges’ thigh, leaving a deep bruise.

Hamilton considers herself lucky to have escaped the encounter without injury.

“I never got hurt,” she tells the New York Times. “I’ve lived through this experience, and I never even got a scratch. So all I had to do is have a shower and wash the drywall dust away.”

By the end of November, the meteorite will return to Hamilton’s care. Because it landed on her property, the meteorite belongs to Hamilton, and she plans to keep it. It is not only a souvenir of the unusual night, she tells the Pipestone Flyer. Her grandchildren also think it’s pretty cool.

Sun Oct 17 , 2021
As the US successfully overcomes many of the challenges brought on by the COVID-19 pandemic, it seems like the right time for entrepreneurs to launch their businesses. While this is never a simple task, new business owners now don’t have to juggle as much as they’d have to last year. […] 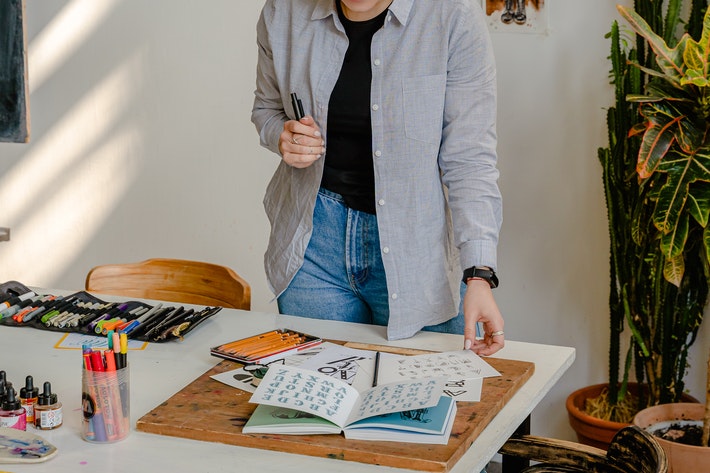