In an unincorporated area outside Raymond stands what its chief executive claims will be the largest medical marijuana growing and manufacturing operation in Mississippi, if not the southeastern United States.

The 163,000-square-foot behemoth once housed the state’s Department of Revenue but is now the home of Mockingbird Cannabis, a $30 million bet on the state’s medical marijuana industry.

The facility includes 16 growing rooms, each capable of producing 250 to 300 pounds of marijuana every eight weeks.  It will be operated by more than 200 employees, with the lowest paid workers making $17 per hour.

Clint Patterson, chief executive officer of Mockingbird Cannabis, said he expects that they’ll see the demand for that volume of product since 74% of voters approved the medical marijuana program.

“I think that if we were really being transparent and honest, there’s probably a billion dollar industry in cannabis right now in Mississippi,” Patterson said. “It’s just not legal.”

Patterson, a former prosecutor and the son of a nondenominational pastor, is an unlikely marijuana kingpin.

Even though cannabis was illegal in Oklahoma, Patterson’s home state, he claims he never thought of the drug as bad or dangerous.

“I was definitely for regulating and legalizing,” Patterson said. “So when that happened, I jumped in.”

Patterson’s marijuana business in Oklahoma started small, with just a 1,200-square-foot lab that manufactured vape cartridges. That then grew into six different growing and manufacturing locations.

“Oklahoma is the hardest place to compete in the country, and we do what we do pretty well here,” Patterson said. “That gave us the confidence to go to other states that had better situations, business-wise, than Oklahoma.”

Slates Veazey, a Jackson attorney who advises cannabis businesses, said that it’s impossible to predict how big medical marijuana is going to be in Mississippi, but that it will undoubtedly be a large economic engine in the state.

“There’s a lot of interest in this new industry … in every state that has legalized medical marijuana you’ve seen big businesses and smaller mom-and-pop types pop up, compete and be successful,” Veazey said.

Patterson said that Mockingbird is the culmination of everything they learned from operating in Oklahoma. Putting all parts of the operation under one roof will reduce overhead costs.

The science around marijuana production is also constantly changing, Patterson said. Everything from how the plants are lit and fed has evolved since they started building Mockingbird. For the former, they’ve switched from incandescent light bulbs to more energy-efficient LEDs that can be raised and lowered. They also partnered with Upchurch Plumbing to develop a computerized fertigation system, which combines the agricultural fertilization and irrigation processes to deliver nutritional cocktails tailored for the plant’s stage of development.

“What we thought we were on the cutting edge of two years ago, nobody even does anymore,” Patterson said “ … This really is the most evolved, state-of-the-art facility that we could even design.”

Patterson said that when medical marijuana was legalized in Oklahoma, large out-of-state companies came in and took most of the market share. As a result, the profits left the state.

Knowing that Mississippi, like Oklahoma, is one of the poorest states in the nation, Patterson said he and his team decided they would work to prevent that if they were going to become one of the major players in Mississippi’s medical marijuana industry.

“We took a lot of time, met a lot of people here and raised most of our money from Mississippians … We’re going to make a lot of money here, and we wanted it to make sure it’d have the desired effect,” Patterson said.

Mockingbird’s in-state investors didn’t back out after the Mississippi Supreme Court overturned the medical marijuana program voters approved in 2020 on a constitutional technicality.

“We got everybody together and said:  ‘Hey, 74% of the state voted for this. There’s going to be a program, it just might not happen right now,’” Patterson said.

One of those investors is Leah Vincent of Pickens. Vincent pooled money with her husband in late 2019 to invest in Mockingbird.

After the state Supreme Court overturned Initiative 65, Vincent saw the move as just delaying the inevitable.

“It’s f—ing Mississippi,” Vincent said. “They just have to drag things out. And it’s all about saving political face. I’ve lived here in Mississippi my whole life, so it was expected but still frustrating.”

Vincent and her husband see their investment as a retirement plan and are confident that recreational marijuana will be legalized in Mississippi eventually.

“We knew that Mississippi is going to be different (than other legal states),”  Vincent said. “But down the road it’s going to be bigger everywhere. I mean, it’s coming.”

Even though it took longer than they anticipated for the Legislature to pass a medical marijuana bill, Mockingbird never stopped building. Patterson said he thinks other up and coming marijuana businesses did the exact opposite.

“They’re going to be a little slower to start,” Patterson said. “We took a risk and bet on the state doing what we felt was the right thing to do, and they did it. So we’re ready and primed, and we’ll take advantage.”

Patterson estimates that Mississippi will collect between $150 to 200 million in tax revenue and another $50 to 100 million in business fees over the first full year of the medical marijuana program.

He didn’t provide a source for those estimates when asked by Mississippi Today.

That eye-popping figure would make medical marijuana a larger source of tax revenue than the state’s casino industry, which put $153,724,705 into the state’s coffers during the 2021 fiscal year. That would also rival the state’s alcohol, beer and tobacco sales, which generated a combined $283,667,815 in tax revenue over the same period.

That would also be more tax revenue than has been generated by Oklahoma’s medical marijuana industry, which is widely seen as a de facto recreational program due to the lax requirements for getting a medical marijuana card.

“Ten percent of our population currently has a medical marijuana card … and two to three people are using each one of those cards … I had no idea there were so many ill people in Oklahoma,” Oklahoma state Rep. Scott Fetgatter told Mississippi’s Senate Public Health and Welfare Committee during a June 2021 hearing.

Between Oklahoma’s legalization of medical marijuana in 2018 and May 2020, the state collected just $110 million from the state’s 7% marijuana tax and another $138 million from state and local sales taxes, according to the Oklahoman.

The Mississippi Department of Health plans to start accepting online license applications for medical marijuana patients and businesses next month.

We want to hear from you!

By listening more intently and understanding the people who make up Mississippi’s communities, our reporters put a human face on how policy affects everyday Mississippians. We’re listening closely to our readers to help us continue to align our work with the needs and priorities of people from all across Mississippi. Please take a few minutes to tell us what’s on your mind by clicking the button below.

Republish our articles for free, online or in print, under a Creative Commons license.

Inside a $30 million bet on Mississippi’s medical marijuana industry

Mon May 23 , 2022
These days, mass shooters like the one now held in the Buffalo, New York, supermarket attack don’t stop with planning out their brutal attacks. They also create marketing plans while arranging to livestream their massacres on social platforms in hopes of fomenting more violence. Sites like Twitter, Facebook and now […] 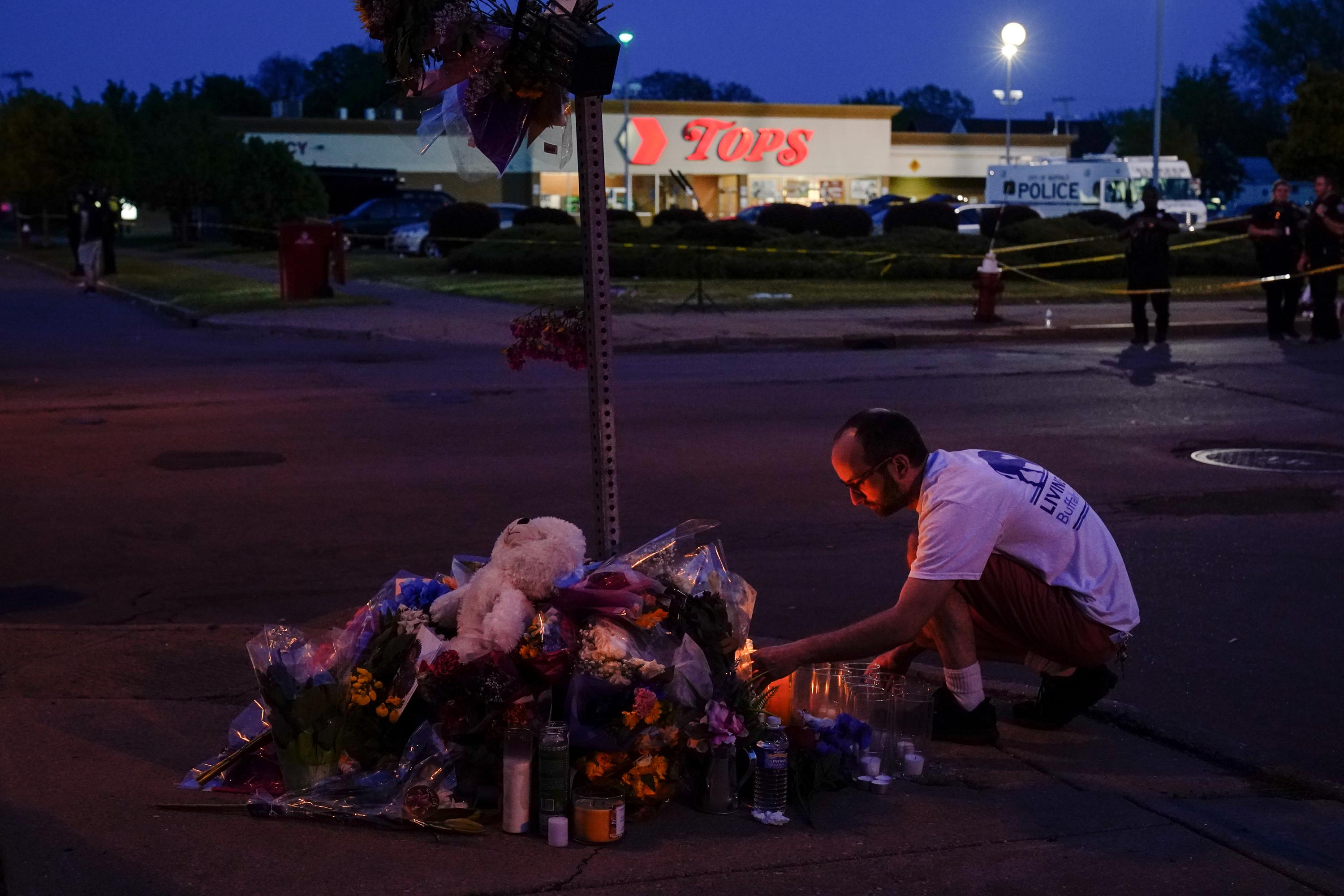