Flagstaff, Ariz., has become a hard town to buy a home in — it’s one of the four-season mountain towns people flocked to during the pandemic, where about a quarter of houses were already second homes. Acknowledging the lack of affordable options and low inventory, the city recently declared a housing emergency. This is the environment in which my partner and I decided to buy a house. By the time our baby boy was a few months old, prices had spiked 30 percent in one year and inventory had dropped. After our first six offers were rejected, someone suggested we write a letter to the sellers to stand out from the crowd.

I knew such letters were controversial, part of a hidden curriculum known only to some. But as a writer, I saw them as a way to gain purchase in an otherwise impossible market. After all, most everything I’ve ever wanted — jobs, college admission, publishing a story — I’ve obtained by writing letters to strangers. Home-offer letters are the most vexed correspondences I’ve written, though. Per the 1968 Fair Housing Act, they must not disclose personal information that might allow a seller to discriminate against someone based on protected characteristics such as religion, race or familial status. So structural constraints had yielded a new writing prompt: to describe such a personal desire without revealing anything about myself.

At the beginning of our search, my partner and I had fun writing these letters. We began to study the homes we toured for clues beneath the stagecraft — what the seller had loved, what they would miss most. Dear stranger, we love the way light from your kitchen glows at dusk. Dear stranger, the maple tree by your mailbox makes us happy. Dear stranger, we love your tree swing, the smell of wood smoke, the basketball left in the yard. The other day, the sound of your garage door closing as we passed broke my heart. Narrating what we liked about a home helped us more fully imagine a life there: what we’d do with a fireplace, or a sunroom, or the weirdly ubiquitous pergola in the backyard. We were inventing our future, room by room.

Like fiction, these letters seek connection with a reader, without self-disclosure. I am trying to show, in the caliber of my attention, that I will honor what was loved, so that the sellers could walk by years from now and still recognize the peach tree they planted, their initials in the concrete. But this isn’t fiction; it’s business. Months went by, and the rejections stacked up. Whatever vocational advantages I thought I enjoyed were proving slim. Sincerity seemed no match for cash. Not this year, not in late capitalism. I should know this by now.

What I didn’t know is that fulfilling the need for shelter might hinge on petitioning strangers via a form I first understood as art. But in an economy that makes attaining basic needs impossible for so many, maybe writing letters to strangers — whether in trying to get work, or publish my writing, or buy a house — was a reassertion of selfhood, a bulwark against capitalism’s cruelty.

Like fiction, these letters seek connection with a reader, without self-disclosure.

I began thinking of myself as a writer in my early 20s. Though I was brushing up against my monthly overdraft limit and living off barista tips, everything I wanted was bound up in writing. Perhaps this belief in writing as a calling was stoked by Wallace Stegner’s “To a Young Writer.” Published in The Atlantic in 1959, the letter to a former student arrived in my life like a sign or permission slip. I printed it out at work and tacked it to every cubicle wall and corkboard I’ve stared at since.

While the student has written Stegner for advice on “some purely practical matters” (Does she need an agent?), Stegner responds with something more: an assurance that her hours and years of writing have not passed in vain. When I came across the letter, I felt the uncanny sense that Stegner was writing directly to me. This uncanniness deepened when, years later, I became a Stegner fellow at Stanford and studied writing under his aegis.

But I’m older now, and I know it’s not enough to become the good stranger, the wanting party who can write beautifully about an open floor plan. Every two days I receive a text reminding me of this: “Hi Im Lauren Im Looking to buy 2 more properties in PHOENIX I can buy your prop AS IS so no repairs, cover all fees and keep tenants if needed. Should I send more detail?”

So this must be how it works. “I would not blame you if you still asked,” Stegner writes, “ ‘Why bother to make contact with kindred spirits you never see and may never hear from, who perhaps do not even exist except in your hopes?’” But my writing career has made me believe in the power of words to help us imagine a livable future. In that sense, I wasn’t writing to homeowners so much as to myself. The letters haven’t helped us close a deal, but the act of writing them has let us name a future that has otherwise seemed foreclosed by circumstance.

Stegner warned me of the long game. He said the only audience one can ever count on is a handful of strangers scattered throughout the years with whom your words will truly land — those “kindred spirits.” Some part of me is still hoping to find a kindred spirit on the other side of the negotiating table, one who will read and say, “Yes, this is how it would be.” But I can’t write about a house I haven’t seen, one that’s not for sale. With the season winding down and few houses on the market here, the letters happen mostly in my mind now, on evening walks with my son — dear stranger, dear stranger.

Kate Petersen is a writer whose work has appeared in Tin House and New England Review. She works at Northern Arizona University.

Tue Oct 19 , 2021
LSU and coach Ed Orgeron, 60, have reached a separation agreement that will result in Orgeron not returning to coach the Tigers following the 2021 season, the program announced Sunday night. Orgeron, who won a national championship at LSU in 2019, will finish the remainder of the season as the […] 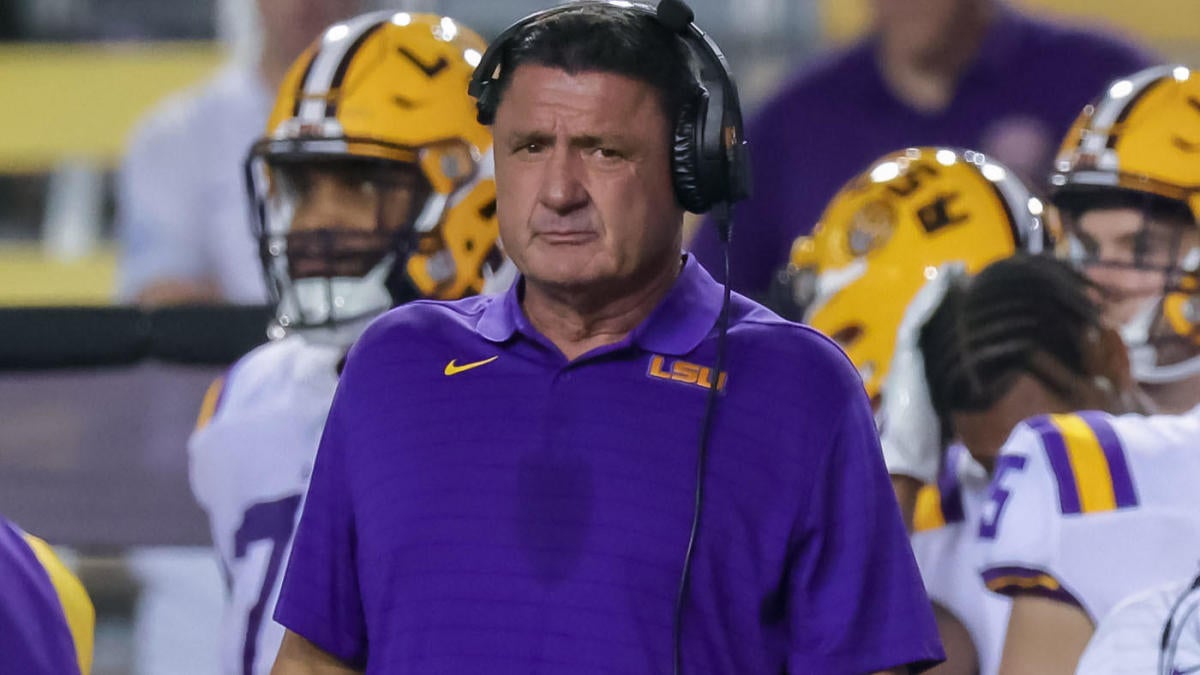