Mytaverse, a Miami-based startup, is the latest company to join the metaverse hype after launching its own 3D platform for business aviation.

For those people who frequently travel around the world, this creation would allow them to attend meetings using their avatars. Arranging a conference is now made easier through this virtual space. 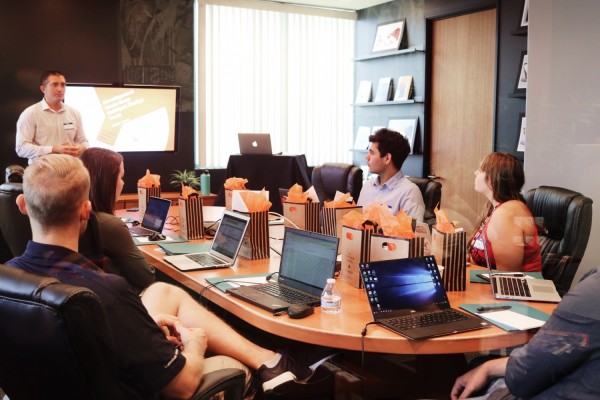 (Photo : Campaign Creators from Unsplash)
Mytaverse is the latest company to engage in a metaverse-focused platform. This time, the Miami startup created a virtual space for business meetings and interactions.

The idea of metaverse was popularized this year by Facebook CEO Mark Zuckerberg. He believed that the virtual platform would allow people to explore more things than they could imagine.

Following this announcement about the Meta rebranding, several companies decided to dive into the metaverse bandwagon. One of them was Mytaverse.

According to a report by VentureBeat, the firm would make use of Unreal Engine to imitate the true-to-life graphics shared in a digital space. Moreover, this would let interactions between humans and their environment in an internet world. This would also mean that they could engage in their surroundings without wearing any VR or AR equipment.

Businessmen who often ride aboard an airplane would be free from jetlags thanks to the metaverse. They will no longer suffer from motion sickness and even free themselves from wearing expensive headsets.

For instance, Mytaverse’s creation has something to do with people who remotely work for a living. Given the hardships brought by the COVID-19 pandemic, it’s reasonable why many employees choose to stay at home rather than go to the physical workplace.

In an interview with GamesBeat, Mytaverse CEO Kenneth Landau described Zoom and other similar platforms as “woefully inadequate.” He said that the company arrived with the idea of bringing a virtual space because of the current condition that the world is facing right now.

Mytaverse features a lot of virtual environments that people could engage in, including an auditorium, conference booths, meeting rooms, training simulations, and more. They could use 3D items and evaluate them from there.

The company added that participants could develop a hologram avatar to perform common tasks such as dancing, jumping, and others. Attendees are also welcomed in the virtual world, and they can save digital content in a “briefcase.”

So far, Mytaverse has already worked with industry giants such as PepsiCo, Tekni-Plex, and Zaha Hadid Architects. The firm recently used its 3D platform during the 2021 Asia Sky Group Virtual Event conference.

Read Also: The Metaverse Explained: What It Is, and Why You Should Care

Together with Jaime Lopez, Landau established the GathR Virtual Studious startup last April 2020. From the very beginning, the two creators planned to make a 3D world that would resemble a real environment.

Landau said that the plan wasn’t originally intended for building the metaverse but for a specific way to allow more interactions among people.

Besides avoiding contact with individuals during the pandemic, the project aims to reduce the carbon footprint generated from a physical meeting.

In line with the popularity of metaverse, an Icelandic promotional video surfaced on Twitter to promote Iceland’s tourism. The clip was rather comedic since it has been mocking Zuckerberg’s “immersive world.”

An actor mimicked the CEO’s look and even his gestures in the video. He said that the “Icelandverse” would be the “next evolution of social connection” for the people.

In response to this, Zuckerberg saw the clip and said that he needed to make a trip to the “Icelandverse” soon. He praised the actor because he was wearing sunscreen, too, as reported by NDTV.

Besides Facebook (now Meta), Nvidia announced its plans about the Omniverse Avatar. According to Jensen Huang, the virtual agent would act like a real person who accommodates visitors in a store or at home.

This article is owned by Tech Times

ⓒ 2021 TECHTIMES.com All rights reserved. Do not reproduce without permission.

Longest partial lunar eclipse in 580 years is just hours away: How to watch

Sat Nov 20 , 2021
NASA caught sight of a supermoon lunar eclipse on Sept. 27, 2015. The November 2021 partial eclipse won’t be quite this eye-popping, but it will still be beautiful. NASA/Rami Daud It’s lunar eclipse time. Tonight through Friday morning (depending on your location), the Earth’s shadow will block almost all of […]