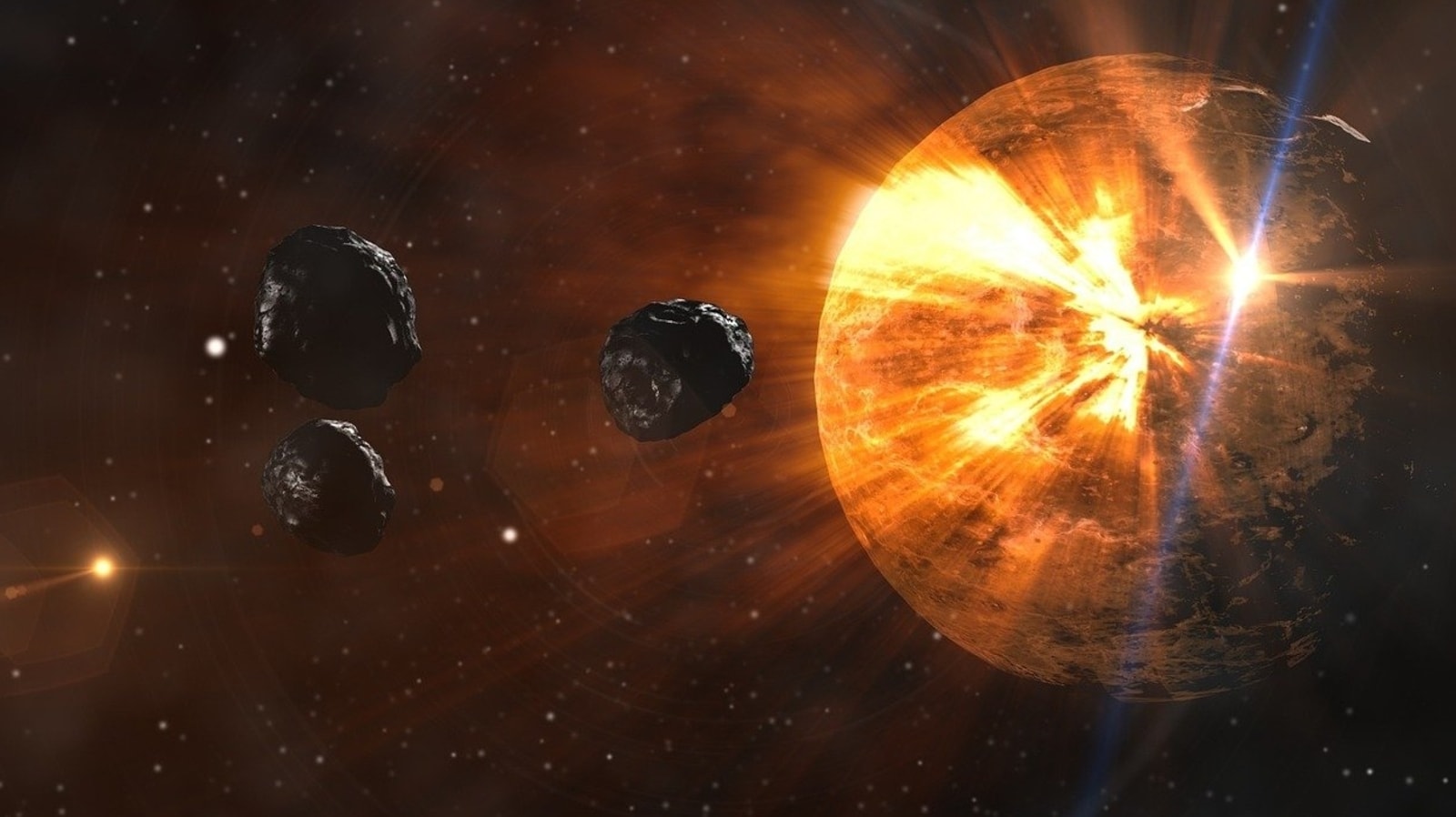 NASA: A large asteroid is hurtling towards the Earth today at a worryingly close distance. Find out if we will face an asteroid strike on our planet.

NASA: It is going to be yet another moment of terror for Earth. An asteroid is set to make a dangerously close approach to our planet. NASA has revealed the terrifying truth. We have witnessed asteroids zooming past Earth consistently for more than a month. While we have had a few close calls, luckily no large asteroids struck the planet and caused any destruction. However, one asteroid strike against Earth was recorded! Asteroid 2022 EB5 did impact, but it was extremely small and landed on the isolated coast of Greenland. But now a new asteroid is going to approach the planet today and to make matters worse, it is going to come scarily close to the Earth. Yes, this asteroid, named 2022 GG2 will come as close as 453,000 miles to the Earth! Yes, just under 5 lakh miles! So, should you be worried? Read on to find out.

NASA: Asteroid 2022 GG2 to come dangerously close to the Earth

According to the Jet Propulsion Laboratory by NASA, the asteroid 2022 GG2 is 18-feet wide, which makes it large enough to avoid being destroyed in Earth’s atmosphere and it can make a direct impact to the surface. This can happen if it gets pulled by the Earth’s gravitational force. The damage it can cause will largely be localized and it will not trigger any earthquake or tsunami. However, the impact will create a shockwave in the air that will be heard across large distances.

Interestingly, the closest approach to the Earth is also the perihelion of this asteroid, meaning this is the closest it will come to the Earth before beginning to move away from it in its orbit. The asteroid revolves around the Sun between the orbits of the Earth and Mars. For more information on the asteroid, you can visit NASA’s Small Body Database website. At present, the Planetary Defense Coordination Office or the PDCO is monitoring the asteroid to ensure that it does not make any sudden movements to change its direction towards the Earth.

Tue May 10 , 2022
FISHERS – As long as she can remember, gymnastics has always had a place in Susie Strange’s heart. Even when her competitive career ended and she went to college, got married and started a family of her own, Susie continued to judge competitive gymnastics, a role she served for more […]