She was the final skater of the night. When it was over, she burst into tears, the center of a post-competition scene in which fellow Russian and silver medalist Alexandra Trusova also became distraught.

Get Beijing OlympicsLive medal counts, schedules and viewing information, and insight on the athletes vying for gold in Beijing, including New England athletes.

Given the chaos and sometimes contradictory emotions of what was unfolding, analysts Tara Lipinski and Johnny Weir and play-by-play voice Terry Gannon did nothing short of an exceptional job in explaining what we were witnessing. All three are deserving of a Sports Emmy award for how they navigated the most bizarre of sports broadcasts.

(The skating program initially aired live Thursday morning on USA Network, then was replayed for a prime-time audience on NBC.)

The broadcasters never lost their empathy for Valieva, a pawn who was used by the adults around her and was even hectored by her coach after leaving the ice. The analysts bluntly reiterated — Lipinski, in particular — that the failed test should have excluded her from competition.

“I can’t imagine how tough this has been on Kamila,” said Lipinski when it was over. “It makes me angry that the adults around her weren’t able to make better decisions and guide her and be there for her because she’s the one now dealing with the consequences and she’s just 15 and that’s not fair. But again, with that being said, she should not have been allowed to skate in this Olympic event.”

Added Weir, whose fluency in Russian was crucial in deciphering the post-competition chaos: “On a human level, I can’t imagine going through what she has been through, but that doesn’t change the fact that she should have been nowhere near this competition. Every athlete at this level knows and understands that if you test positive for a banned substance, you will not compete.”

When Valieva began her program, Lipinski, who won a gold medal in the 1998 Olympics as a 15-year-old, said knowingly, “There isn’t a lonelier place than standing center ice.” But even she couldn’t fully relate to the various pressures on Valieva: “I can’t imagine what she’s feeling right now.”

During Valieva’s free skate, in which it was quickly evident that she wasn’t right, Lipinski and Weir were subdued and silent for stretches, a contrast to their usual breezy but informative banter. Weir was less clinical and pointed than he had been in identifying points deductions for the previous skaters. Whether it was out of surprise or by design, they let her performance tell the story as it was playing out.

When her scores were announced and Valieva’s disappointment became more and more evident, Gannon said, “No, that’s not going to get it. There will be a gold, silver, and bronze medal [awarded] in the women’s event in Beijing.”

“Thank God,” said Weir, a response that served as a reminder that there would have been no medal ceremony had Valieva made the podium.

Gannon was the most consistently empathetic of the three, his voice even cracking when Valieva began weeping after her scores were revealed.

“Here’s hoping there is someone to put their arms around that young woman and guide her,” he said.

During the conclusion of the night’s coverage, studio host Mike Tirico offered a thoughtful monologue scolding the Russians for putting a 15-year-old girl in such an unfair situation.

“It’s hard — almost impossible — to add proper perspective here without full knowledge of the facts, which in this case is going to take some time,” he said. “But something undeniable is the harm to the person at the center of it all. A 15-year-old, standing alone, looking terrified on the ice before her free skate. This image, maybe more than anything else, encapsulates the entire situation: The adults in the room left her alone.

“Portrayed by some this week as the villain, by others as the victim. She, in fact, is the victim of the villains. The coaches and national Olympic committee surrounding Kamila Valieva, whether they orchestrated, prescribed, or enabled, all of this is unclear, but what is certain — they failed to protect her.”

But before Tirico punctuated the sad, strange night, it was Gannon who offered a thought that everyone watching could probably agree upon.

“I’ve never witnessed any sporting event quite like this,” he said.

As adept as Gannon, Lipinski, and Weir were at calling the unprecedented scene, they wouldn’t be alone if they never wanted to witness one like it again.

Thu Feb 24 , 2022
K-pop powerhouse JYP Entertainment finds itself embroiled in controversy for alleged plagiarism of an Ateez music video and the boy band’s concept for its own rookie girl group’s debut. On Tuesday, the company’s new girl group NMIXX entered the K-pop fray with the single “Ad Mare.” But just a day […] 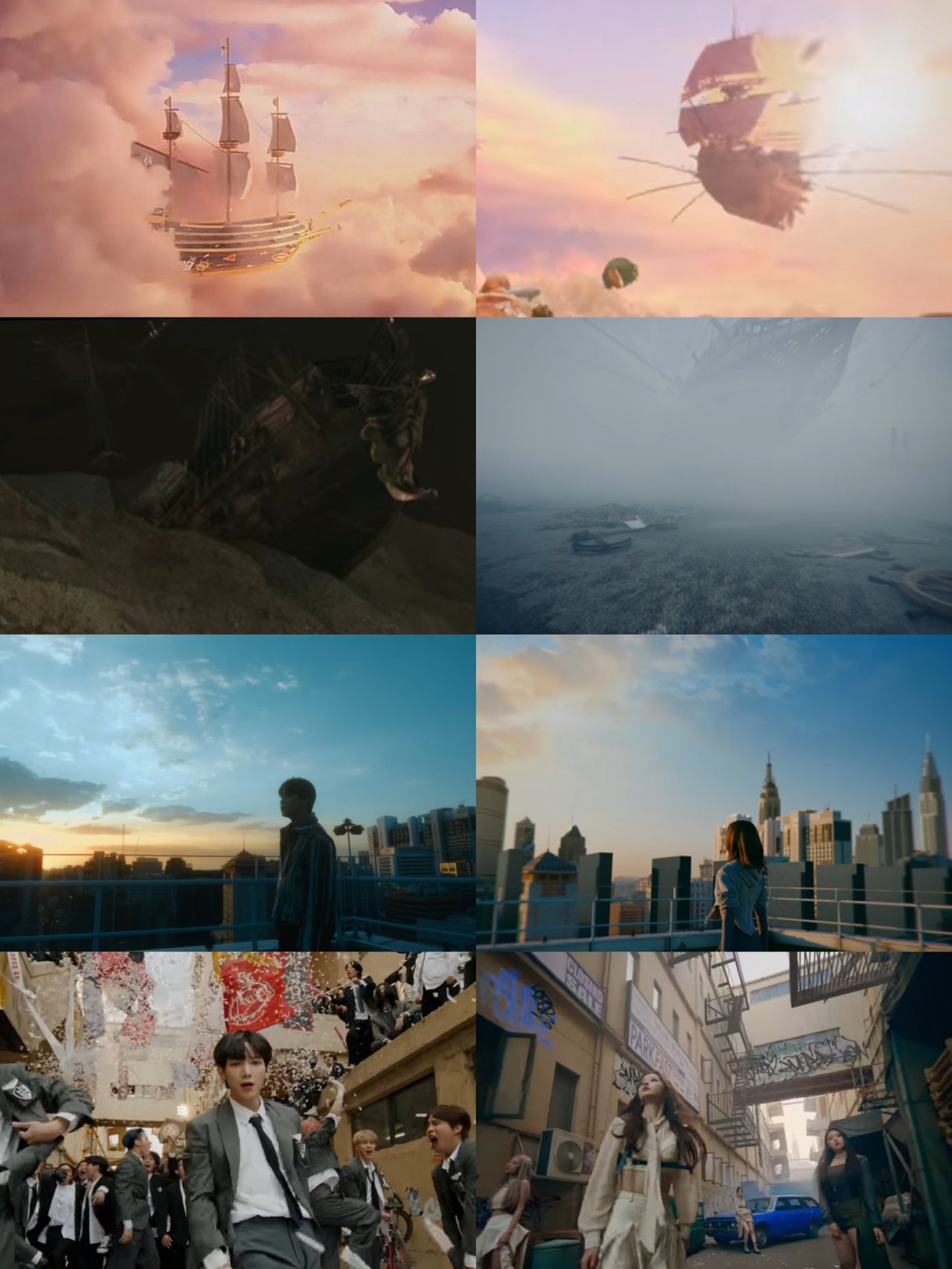