If you pay with cash in the next few weeks, keep an eye out for a new face among the Lincoln pennies and Jefferson nickels in your change: Esteemed poet Maya Angelou will now feature on a select batch of 25-cent coins, the U.S. Mint announced Monday.

Angelou’s likeness marks the first time that a Black woman has been represented on the U.S. quarter, reports Annabelle Timsit for the Washington Post. The coin is one of five new designs that will be rolled out this year as part of the American Women Quarters (AWQ) program. Set to run through 2025, the program will release five quarters each year.

Manufactured at mint facilities in Denver and Philadelphia, the Angelou quarters began shipping to locations across the country on Monday. Mint officials encourage interested people to reach out to their local banks in late January or early February to ask when the quarters will be introduced into circulation in their area, according to a statement. Individuals can also pay a fee to enroll and receive all four annual installments of the coins by mail, according to the mint website.

Angelou’s design depicts the writer as a young woman with her arms outstretched in front of a bird and a sunrise, in a reference to the author’s famous memoir I Know Why the Caged Bird Sings. All AWQ quarters will feature a right-facing profile of President George Washington that was designed by American sculptor Laura Gardin Fraser in 1932.

Also set to release later in 2022 are quarters featuring astronaut Sally Ride, the first American woman in space; Wilma Mankiller, the first female Principal Chief of the Cherokee Nation; Nina Otero-Warren, a New Mexico superintendent who fought for women’s right to vote; and Anna May Wong, the Chinese American actress who made cinematic history as the first internationally successful Asian American movie star.

U.S. Secretary of the Treasury Janet Yellen worked with the Smithsonian Institution’s American Women’s History Initiative; the Congressional Bipartisan Women’s Caucus; and the National Women’s History Museum to select this year’s honorees from a list of more than 11,000 names suggested by the public. Yellen became the first female Treasury Secretary when President Joseph Biden appointed her to the position in January 2021.

“Each time we redesign our currency, we have the chance to say something about our country—what we value, and how we’ve progressed as a society,” the secretary said in a statement released on Monday. “I’m very proud that these coins celebrate the contributions of some of America’s most remarkable women, including Maya Angelou.”

In Angelou’s decades-long career as a dancer, poet, educator, author and activist, she wrote more than 30 bestselling books. She also served as the first African American cable car conductor in San Francisco, acted on Broadway and in films, became a professional calypso singer and dancer and guided the Civil Rights Movement.

I Know Why the Caged Bird Sings (1969) recounted her childhood experiences of abuse and racism and celebrated Black motherhood and resilience, as Veronica Chambers reported for Smithsonian magazine on the autobiography’s 50th anniversary.

Shortly before the book’s publication, friend and fellow writer James Baldwin said that the memoir “liberates the reader into life simply because Maya Angelou confronts her own life with such a moving wonder, such a luminous dignity.” He added, “[N]ot since the days of my childhood, when the people in books were more real than the people I saw every day, have I found myself so moved… Her portrait is a biblical study of life in the midst of death.”

Angelou published one of her most enduring and oft-cited poems, “Still I Rise,” in 1978. Its lines echoed themes of survival and resilience prevalent throughout her body of work: “You may write me down in history / With your bitter, twisted lies, / You may trod me in the very dirt / But still, like dust, I’ll rise.”

President Barack Obama awarded Angelou the nation’s highest civilian honor, the Presidential Medal of Freedom, in 2010. She died in 2014 at 86 years old.

DIGITAL.COM SURVEY FINDS S 43 PERCENT OF AMERICANS PLAN TO START A BUSINESS IN 2022, AND ONE-THIRD ARE FIRST -TIME ENTREPRENEURS

Sun Jan 23 , 2022
Retail, finance, and information technology are among the most popular industries to start a new business this year East County News Service Photo: CC via Bing January 22, 2022 (San Diego) – Workers are leaving jobs at a record pace amid the pandemic, as CNBC recently reported. Fear of COVID, burnout […] 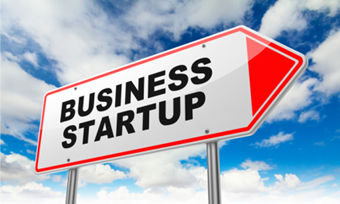