One week after a chaotic crowd surge during Travis Scott’s headlining set at his Astroworld Festival left nine people dead and several more fighting for their lives, the attorney representing some 200 concert-goers caught up in the stampede is vowing to hold “every entity who had anything to do with this Astroworld music festival” accountable, while Scott’s team is scrambling to come to his public defense, attempting to play down the rapper’s role in the stampede.

Scott, 30, is the creator of Astroworld and was the bill-topper of the Nov. 5 event at NRG Park in his hometown of Houston. As his set commenced at 9 p.m., fans pushed towards the stage; by 9:38 p.m. authorities deemed it a mass-casualty event and the first patient was treated two minutes later.

In the days since, Scott has come under criticism, most notably from Houston Fire Chief Samuel Peña who appeared on NBC’s Today show and said that Scott should have “absolutely” halted his show. But Stephanie Rawlings-Blake, Scott’s spokesperson and former Baltimore mayor, came to his defense Friday, telling CBS Mornings that “this notion that Travis had the ability to stop the concert is ludicrous.”

She continued: “They have a 59-page operations plan, and it clearly says the only two people that are, have the authority to stop the concert, were the executive producer and the concert producer. He was not responsible for this, but he wants to be responsible for the solution.”

According to attendees, Scott did pause the performance when he noticed an ambulance among the sold-out crowd of 50,000. He also acknowledged at one point that someone had passed out and urged officials to help. However, he resumed the set and continued performing until 10:15 p.m.

Scott’s legal team has reiterated that neither he nor anyone in his camp, knew the scope of the tragedy until after the performance. His lawyer, Edwin McPherson, told Good Morning America on Friday that “Travis didn’t really understand the full effect of everything until the next morning.” Yahoo Entertainment has confirmed that Scott attended an afterparty at Dave and Buster’s but left after learning details of what happened.

Scott has said he will cover all funeral costs for the victim’s families and has offered to pay for counseling for one month. In a statement posted on social media after the tragedy, Scott wrote, “I’m absolutely devastated by what took place. … My prayers go out to the families and all those impacted by what happened at Astroworld Festival.”

Of the 300-plus people injured in the eight were pronounced dead at the scene; a ninth person died of her injuries on Wednesday. The ages of the deceased range from 15 to 27; among them were two high school students, a mechanical engineering technology student and a man trying to save his fiancée.

Benjamin Crump, the civil rights attorney whose clients include the families of Trayvon Martin, George Floyd and Ahmaud Arbery, is representing 200 of those killed or injured. On Friday, Crump and his team filed an initial wave of lawsuits on behalf of 90 clients. “We think Live Nation [the festival’s producer], the promoters and the organizers and every entity who had anything to do with this Astroworld music festival should be held accountable because this was completely preventable. Completely preventable,” Crump told Yahoo Entertainment.

Among those Crump is representing is the family of the youngest known victim.

“The most tragic, I believe, is our 9-year-old client who is on life support in a medically induced coma, E.B., who was there with his father. His father passed out and was injured and this little child was left in the melee all alone. And now he’s struggling to live,” Crump said.

E.B. was on his father’s shoulders when the crowd surged. There was a rush towards the stage, the father was toppled and E.B. was trampled.

Treston lost consciousness; when he came to, he could not find his son. The family located him later at the Texas Children’s Hospital.

“The stories are horrendous,” said Crump. “The fact that people were unable to breathe, it was almost as if they were suffocating because there was so many people, and so many others trying to rush to the front of the stage that people were getting trampled in the melee. People literally were dying from the pressure of bodies on top of them.”

Another attorney, San Antonio-based Thomas J. Henry, has said he has more than 100 clients. He has filed lawsuits naming Travis Scott, Drake and Live Nation.

“You don’t go to a concert to die,” said Dave Ring, a Los Angeles-based civil attorney who has been following the story but isn’t representing any victims. He expects it could take two years or more to litigate, but he expects large settlements to be paid out.

“All those cases, they’ll be handled by a lot of different lawyers,” Ring continued, but “they’ll all get plays together at some point in front of the same judge. So they won’t be running off in 15 different directions, right, they’ll be streamlined.”

Ring also explained that while tickets come with fine print about potential hazards, the disclaimer would not likely hold up in an event of this magnitude.

“A lot of times these waivers are upheld, if they’re reasonable and if they say, ‘Hey, if we’re negligent, and you understand that there’s risk and this and that, well you can’t sue us’ — but if someone determines that the defendant was grossly negligent, then a waiver doesn’t apply,” Ring explained. Lack of safety protocols and inadequate security are factors that could apply in this case.

Crump said his goal is not only to get justice and compensation for his clients but also to “prevent anything like this from ever happening again in this manner.”

“They needed to have the safety protocols in place, the medical assistance in place, the crowd control in place, but yet there was complete malfeasance,” he said, “and that’s why we have people who lost their children, high school-age children. We have to prevent this from happening in the future.”

The smart climate money is on women

Tue Nov 16 , 2021
Women account for 43% of the agricultural labour force in developing countries, but account for only about 7% of investment in the sector. According to the Food and Agriculture Organisation of the United Nations, investing more in female farmers could increase agricultural yields by up to 30% — almost enough […] 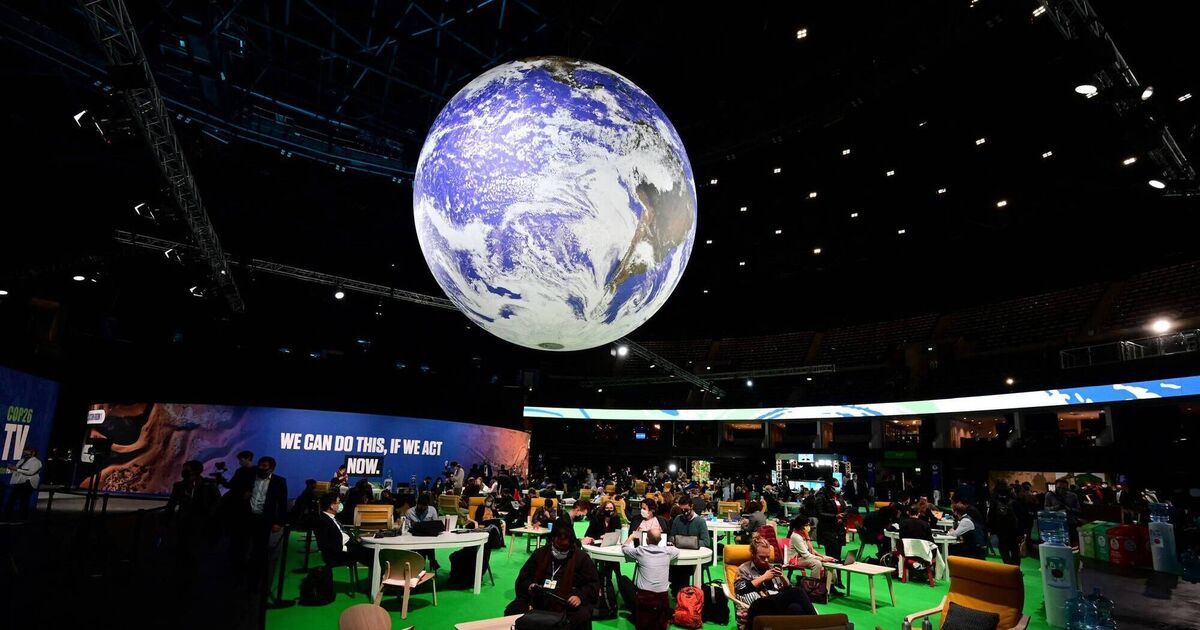