The show wasn’t entirely progressive. Its sole character of color, Anthony Bouvier (Meshach Taylor), had a subordinate role in the firm, and queer characters were rare. But it gave its characters divergent attitudes, insisting that the experience of women wasn’t uniform. In a logline, the characters might have come across as stereotypes — hardass, bimbo, pragmatist, naïf — yet as played by Carter, Delta Burke, Annie Potts and Jean Smart, they had smart minds and big hearts. Even as they fought, they supported one another.

That’s what makes this theatrical version of “Designing Women” more than an attempt to capitalize on familiar intellectual property. As a television show, it straddled the political divide, allowing both progressive and conservative women to see themselves represented, glamorously. Those divides are wider now. But if these characters can still talk to one another onstage, maybe audience members can continue those conversations offstage, with or without repartee.

Though TheaterSquared announced the show in early 2020, Bloodworth-Thomason didn’t start writing it until this year, ultimately amassing some 7,000 pages. (Those voices really wouldn’t shut up.) The September draft flaunted her practiced style, a rapier wit with a bedazzled handle, and included a few callbacks for dedicated fans, like a riff on Julia’s “the lights went out in Georgia” speech.

The feminism still isn’t especially intersectional, even as the firm now includes a co-owner who is Black and queer, Anthony’s cousin Cleo (Carla Renata). But the script has updated its politics. The first line has Julia instructing Hayley (Kim Matula), the new receptionist, in temperature checks for clients. “If they refuse, kick ’em out,” Julia says. “If they’re wearing a MAGA hat, don’t let ’em in.” In the background a voice mail message plays, calling Julia a “lying socialist slut.”

Bloodworth-Thomason dreams of a tour of the South for the play and an eventual berth on Broadway. But it’s dialogue like this that explains why she and Thomason chose TheaterSquared for the tryout. Washington County, which encompasses Fayetteville, went for Trump in 2020, though by a somewhat narrow margin — 50.39 percent to Trump, and 46.49 percent to Joseph R. Biden’s ticket — and the theater attracts spectators who don’t all vote the same way.

“I know that not everybody who walks in the door would automatically agree with me in a conversation over a beer,” Miller told me. But the theater deliberately programs plays that prompt those conversations. And the cafe has 16 local beers on tap.

Sat Oct 2 , 2021
Glenda Lima, a surgical tech at Houston Women’s Reproductive Services, performs an ultrasound on a patient on Sept. 30. The patient drove to the clinic from Louisiana, and the ultrasound was to determine whether the woman was less than six weeks pregnant and eligible to have an abortion in Texas, […] 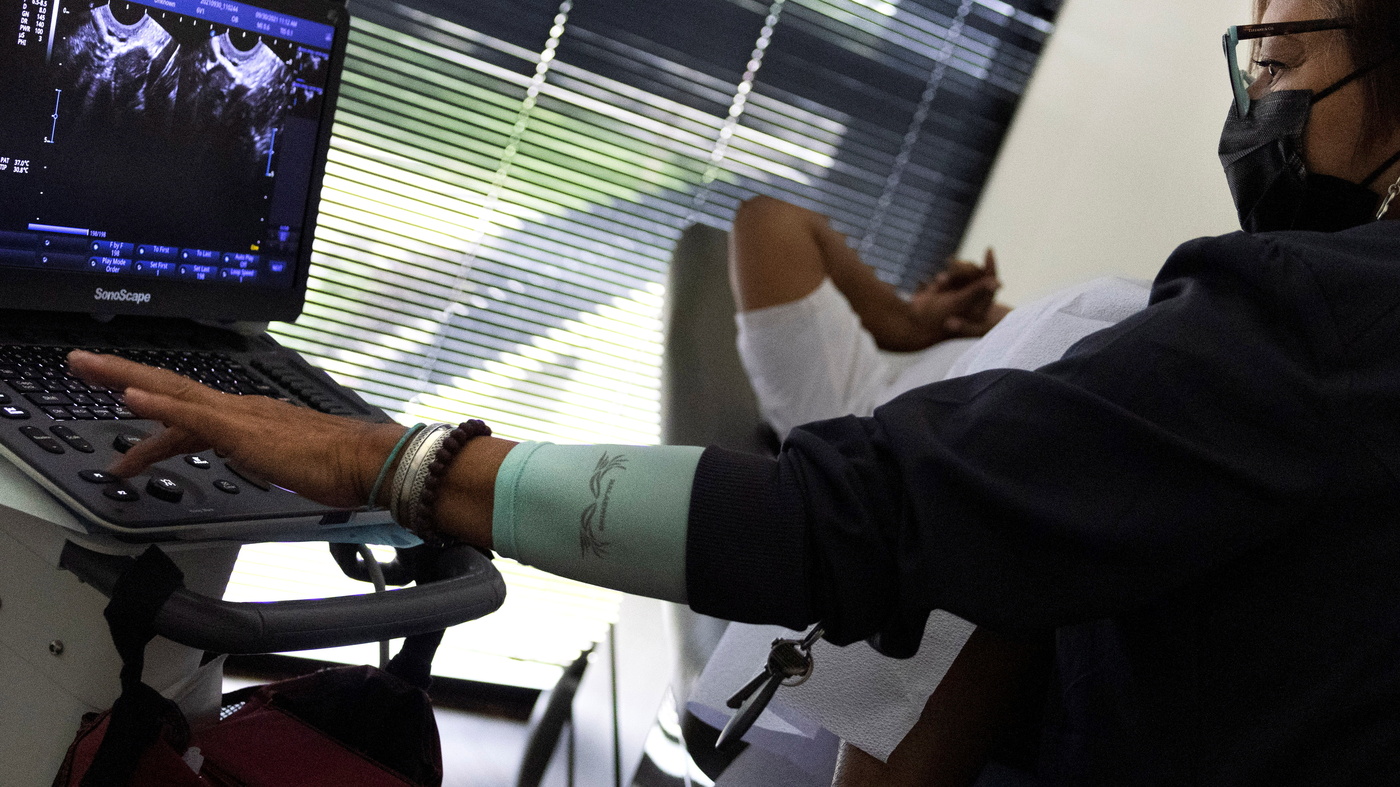