Time again to check in with the International Consortium of Investigative Journalists and their plutocrat-hunting expedition through the Pandora Papers, the massive leak of documents showing in exhaustive detail how the world’s wealthiest people, and its most famous celebrities, move their money all around the globe in order to avoid paying taxes on any of it. This week’s lesson is about how useful real-estate transactions are in doing that.

For Beatles drummer Ringo Starr, the property in question was a Los Angeles mansion. Arzu Aliyeva, daughter of Azerbaijan’s president, purchased a London office building. The Legion of Christ, a wealthy religious order disgraced by a sexual abuse scandal, poured millions of dollars into rental properties across the United States. Starr, Aliyeva and the Legion are among hundreds of real estate owners or investors whose identities are revealed in the Pandora Papers…

The leaked records expose billions of dollars of spending by the rich and famous — celebrities and politicians, oligarchs and other members of the uber-rich. And they’re buying not only luxury real estate but also properties not typically associated with offshore purchases. Dairy farms in Tasmania, a shopping mall in Uganda and rental homes in American suburbs have all been bought directly or indirectly through offshore companies or trusts, the records show.

And there are real-world consequences beyond supermarket tabloid gossip-mongering.

Real estate is a stable investment that often appreciates in value. By purchasing property through a shell company, buyers can secure tax breaks and shield their identities from law enforcement authorities and creditors. Secrecy also empowers criminals, including money launderers and drug cartels. Their trade in real estate through offshore companies moves millions of dollars while avoiding scrutiny.

In the United Kingdom, a director of the National Crime Agency said he believed that dirty money had “skewed” London’s property market. The combination of asset security and secrecy has also made offshore holdings a haven for money and other assets from less stable economies. A growing body of evidence suggests that offshore purchases at the high end of the real estate market have a ripple effect, pricing out people lower down the property ladder.

It is also about how two Canadian legacy millionaires came to own dairy farms in Tasmania. Their father’s company made a fortune in Nigerian oil the old-fashioned way.

The Pandora Papers show that the two sons of a secretive Canadian businessman purchased four Tasmanian farms covering 2,550 acres over seven years. The brothers, Anthony and Stephen de Heinrich, used a complex offshore network, including a company in Singapore and two trust companies in Bermuda, to acquire the properties, the confidential records show. One purpose, according to a memo, was to take advantage of a tax agreement between Singapore and Australia in a way that would lower their ultimate tax burden.

The brothers are the sons of Stephen Paul de Heinrich, who helped create Addax Petroleum, an oil company operating in Nigeria. Company executives allegedly paid multimillion-dollar bribes to Nigeria’s oil minister in the late 1990s. The company’s Nigeria director was convicted of money laundering in France. The elder Stephen Heinrich was not accused of wrongdoing.

And then there’s Vladimir Putin’s alleged girlfriend and her apartment in Monaco.

When a fourth-floor apartment changed hands for $4 million in the fall of 2003, the buyer’s identity was hidden behind a British Virgin Islands company. The Pandora Papers reveal that the true owner of the shell company, and of the apartment, was Svetlana Krivonogikh, a former economics student from St. Petersburg who had worked as a cleaner to put herself through college.

At the time, according to media reports, Krivonogikh was in a romantic relationship with Putin and had, just a few months earlier, given birth to a daughter with no father listed in the birth records. Proekt has reported that Putin is the father. Krivonigikh did not respond to requests for comment from ICIJ’s media partners.

The story also explains how the autocratic Aliyev family, which runs Azerbaijan, came to be in business with a public trust headed by Elizabeth II of Great Britain, and how an Israeli settler group is using an offshore shell to buy up property in East Jerusalem. The rich are different from you and me. Their money is everywhere.

Charles P. Pierce
Charles P Pierce is the author of four books, most recently Idiot America, and has been a working journalist since 1976.

This content is created and maintained by a third party, and imported onto this page to help users provide their email addresses. You may be able to find more information about this and similar content at piano.io

Colt Brennan, Hawaii's Heisman nominee, went to "the dark side"

Sun Nov 7 , 2021
Colt Brennan’s parents were in Mexico for a wedding on a Saturday in early May when they started worrying about him again. A friend who fed their pets while they were away had been surprised to find a backpack in their foyer and heard music coming from somewhere inside the […] 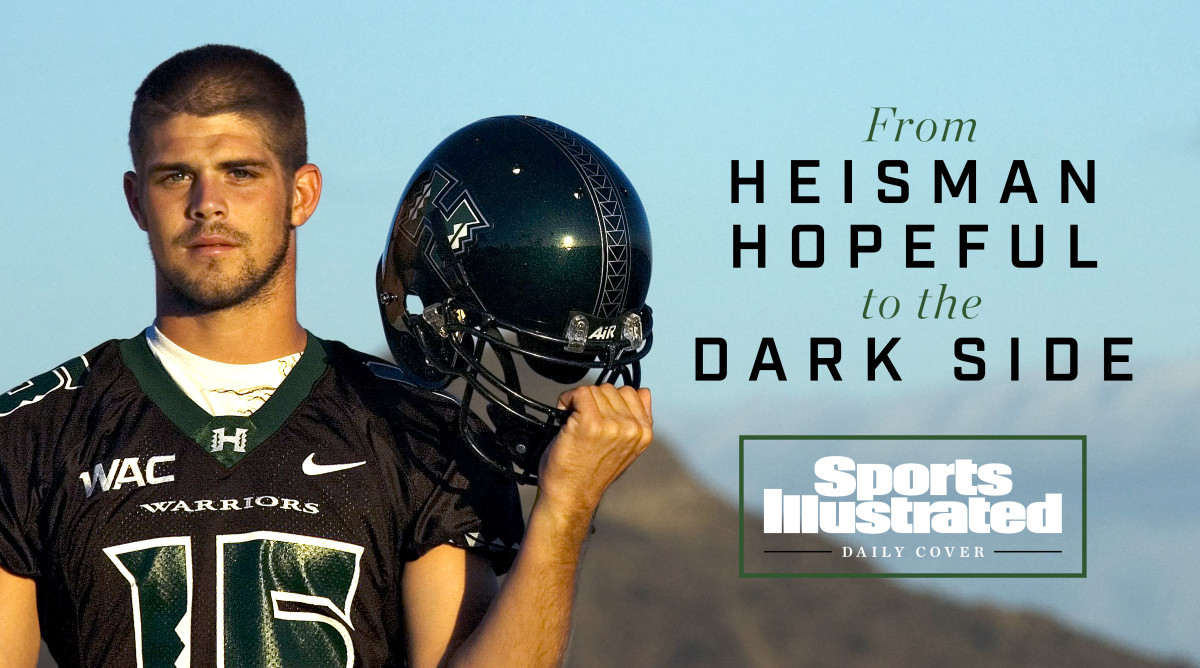